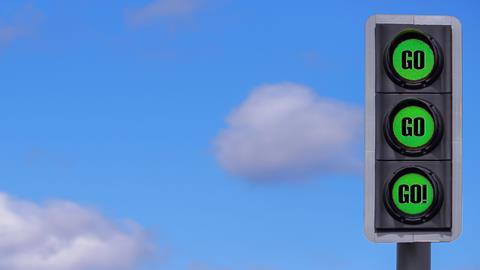 Despite calls for delay or reconsideration of the pending new model for recognizing loan losses, the biggest banks are moving forward with preparations as if nothing will change.

Some, in fact, are even starting to disclose to investors in numerical detail how their financial statements will be affected by moving to a current expected credit losses, or CECL, model for recognizing signs of trouble in their debt portfolios. “In my conversations with my clients, they are working under the assumption there will be no relief,” says Reza Van Roosmalen, a partner with KPMG.

JPMorgan Chase, for example, says in its 2018 year-end report the company will increase its allowance for credit losses by $4 billion to $6 billion when it begins observing CECL as required on Jan. 1, 2020. Citigroup said the move will increase its expected credit loss reserves by 10 percent to 20 percent. Neither of those big banks are showing any signs of letting up on their implementation activities.

Citigroup says its implementation involves “model development, fulfillment of additional data needs for new disclosures and reporting requirements, and drafting of accounting policies.” The company says it has made “substantial progress” on developing its CECL model. “Model validations and user acceptance testing commenced in the first quarter of 2019, with parallel runs to begin in the third quarter of 2019,” Citigroup reported.

The Financial Accounting Standards Board revised the rules for recognizing credit losses after years of determining how to improve the accounting, based on lessons learned in the financial crisis. As banks reported under the current requirements, where losses are reported to investors only as they occur or are imminent, investors said they felt deprived of adequate warning that loans were failing.

FASB issued Accounting Standards Update No. 2016-13 on credit losses, which is now contained in Accounting Standards Codification Topic 326, to require public companies beginning Jan. 1, 2020, to use more forward-looking information to project losses. The standard requires companies to estimate life-time expected losses and book an appropriate reserve as new loans are added to the books, even when those loans are fully performing at the outset. Private entities have an extra year to prepare for the new accounting.

With banks now getting a better sense of how the accounting will work and how it will affect their reserves, many banks and even members of Congress have leaned on FASB to delay implementation so the effects on the economy can be better studied. FASB held a roundtable in January to air the concerns and promised to address the issue in March, but accounting experts say they are not expecting any significant change.

“Everybody is continuing to progress in their preparations as normal,” says Stephen Masterson, U.S. risk advisory services leader at BDO USA. “We don’t expect a delay at this point.” Private banks and credit unions, which do not have to implement the requirements until 2021, are more likely to be waiting for FASB to act, he says.

Big banks are leading the way to implementation, says Van Roosmalen, in part because many of them also report in other countries under the comparable rules in International Financial Reporting Standards (IFRS 9). “They are getting ready to do parallel runs, and they’re familiar with the process because they have some experience under IFRS 9,” he says.

Parallel runs—operating both old and new accounting in side-by-side systems to prepare for the transition—enables companies to make any necessary adjustments before the numbers are subject to audit and reporting, says Van Roosmalen. “They can get a better sense of the numbers, any volatility, and how the numbers behave period over period,” he says.

“In my conversations with my clients, they are working under the assumption there will be no relief.”

Big banks also have been able to leverage their work complying with bank regulators’ stress testing requirements to comply with CECL, says Masterson. “They did a lot of work in stress testing under Dodd-Frank, and they’ve been able to transition it into CECL,” he says. Smaller banks that have not been subjected to those rules have a bigger hill to climb.

Aside from big banks, another population working toward compliance is a group Van Roosmalen describes as nonbank lenders. That includes, for example, car manufacturers that also have lending operations. They don’t have the same depth of resources in areas such as economic forecasting or capital planning, he says, given that they are not subject to the same regulations as large banks.

“They’re going through this in a more painful way than banks because they generally don’t have the same stress testing infrastructure,” he says. “It’s been a fairly sizable amount of investment for the nonbank lenders to get the forecasting ability, the process, the data, and the internal controls. It’s a heavier lift.”

Even companies outside the financial services sector will be affected by the new standard as it applies to instruments many companies commonly carry, like trade receivables, reinsurance receivables, lease receivables, financial guarantee contracts, and any other type of debt instruments. Many of those companies are just starting to turn their attention to CECL after big implementation efforts associated with new lease accounting rules and the new standard on revenue recognition, says Troy Vollertsen, a partner at Deloitte & Touche.

“Initially, they’re starting with scoping,” says Vollertsen. “How will this impact them?” Depending on how significant the standard will be, companies are then moving to determine what controls and processes need to be established or refined, he says. “They’re definitely not as far along as banks.”

Whether inside or outside financial services, all companies have work to do to establish sound controls over their CECL allowances, says Jonathan Prejean, a managing director at Deloitte & Touche. That’s especially true for uses of data important to the CECL reserve that perhaps have not been subject to financial reporting and auditing uses in the past. “What do you need to do to that data to get to a comfort level?” he says.

Companies are also working on how to determine the appropriate time horizon for forecasting, says Thomas Barbieri, a partner in the national office at PwC. The standard requires companies to use “reasonable and supportable” forecasts in their CECL models before resorting to historic information for longer-range forecasting. “People are really focusing on how long can I really look out?” he says. “And what’s supportable?”

That’s one of the points JPMorgan addressed directly in its recent disclosure. The company said definitively it intends to estimate losses “over a two-year forecast period using the weighted average of a range of macroeconomic scenarios,” which will be established on a firmwide basis. Beyond that, forecasting will “then revert to longer term historical loss experience to estimate losses over more extended periods.”

Now that a few big banks have begun to provide more detail in their disclosures to explain how they will be affected by CECL and how they are adopting it, expect others to follow, says Charles Soranno, managing director at consulting firm Protiviti. As with leases and revenue recognition, disclosures will span a spectrum in terms of their specificity, he says.

“You’ll see everything across the board,” says Soranno. “Mature companies will be putting out a range, some with finite numbers. You’ll also see 10-Ks prior to the first quarter saying, ‘We’re still working on that.’”