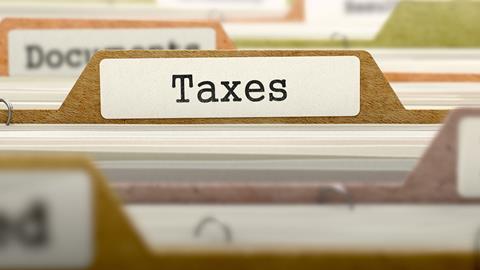 Accounting rulemakers have their work cut out for them trying to determine how to meet investors’ needs for information about corporate tax risks without breaking preparers’ backs.

The Financial Accounting Standards Board is sifting through dozens of comment letters providing feedback to a proposed update to accounting standards as part of its comprehensive effort to improve disclosures. In this particular proposal, the board is looking to increase disclosures under Accounting Standards Codification Topic 740 that would give a sense of how an entity’s tax obligations are spread across federal, state, and foreign jurisdictions. Companies would also have to explain how they have used valuation allowances related to tax positions at federal, state, and global levels.

The proposal would also remove disclosures in ASC 740 that are no longer considered relevant, especially in light of tax changes brought on by the Tax Cuts and Jobs Act. The late 2017 tax reform measure shifted the U.S. approach to taxation of foreign profits from a worldwide system to a territorial system.

As it checks its historic work against its own rules for writing standards, FASB has determined companies should no longer be required to apply conjecture about what will become of some of their uncertain tax positions, disclosures that were unpopular with companies when first required.

Now investors are telling FASB the new requirements to break out tax obligations by state, federal, and global jurisdiction doesn’t go far enough, while those on the preparer’s side of the table say the disclosures are onerous enough as proposed.

“The FASB has gotten feedback from the firms, from investors, and preparers, so they have a wide range of information to really noodle on, or to think through,” says April Little, partner-in-charge of tax accounting and audit quality at Grant Thornton. “The FASB is trying to strike a balance.”

Investors say they want information on tax liabilities not just grouping all foreign jurisdictions into one bucket but by country. Given drastic differences in tax rules and enforcement approaches in different countries, a country-by-country breakdown would give investors a better sense of a company’s tax risk, says Gary Kalman, executive director of the Financial Accountability and Corporate Transparency (FACT) Coalition.

“With the growth of aggressive tax avoidance schemes and tax havens, and the aggressiveness of authorities in various countries cracking down, investors are not aware of when there are fines,” says Kalman. “That presents investors risk.”

One particular letter to FASB signed by nearly 50 institutional investor groups ticks off more than a dozen household name entities that have had dust ups with tax authorities abroad, including Apple, Amazon, Google, Nike, McDonald’s, and Hewlett-Packard, among others. If companies were required to present tax positions by country, investors could get a better sense of where a company’s tax risk is greatest, says Kalman.

“With the growth of aggressive tax avoidance schemes and tax havens, and the aggressiveness of authorities in various countries cracking down, investors are not aware of when there are fines. That presents investors risk.”

“If a hotel company reports it has hotels in Berlin and a lot of profits and taxes are booked there, investors can have a fairly high confidence that’s an accurate reflection, so there’s probably not a concern over a later correction,” says Kalman. “However, if they have no hotels in the Cayman Islands and are booking 90 percent of their profits there, that’s a potential risk.”

Companies are not crazy about providing such a breakdown. A letter from Citigroup, for example, says simply it does not support disaggregating income tax information by major tax jurisdiction. “Citi operates in many jurisdictions throughout the world, and this proposed amendment would require changes to processes and procedures which would likely lead to increased cost,” wrote Robert Traficanti, global head of accounting policy at Citi.

Eli Lilly elaborates to say such disaggregation would not only be difficult, but also potentially misleading. “Domestic payments could be offset by foreign taxes accrued, but not yet paid, which could result in mismatched payments when comparing domestic against foreign taxes paid in a given year,” wrote Donald Zakrowski, vice president of finance and chief accounting officer. “Tax payments often include the effects of prior-year audit settlements, refunds, penalties, and tax credits which are mismatched when comparing to accrual-based financial statements.”

Even further, Zakrowski says he’s circumspect on whether the information would be useful to investors. After reviewing more than 10 years of information requests received by the company’s investor relations group, the company found “we have never been asked for additional disaggregation of our taxes paid,” he wrote.

Kalman has doubts about how difficult it would really be for multinational companies to break out their tax information by country. U.S. companies are already operating under guidance from the Internal Revenue Service to provide country-by-country tax reporting as part of a global initiative under the Organisation for Economic Co-operation and Development to enable sharing of tax information among tax authorities in different countries. Companies even welcomed that reporting requirement, some experts say, as an alternative to providing individual reporting to individual countries.

That reporting, however, is based on tax reporting, not book reporting. Companies follow two separate sets of tax rules: those required by tax authorities for tax compliance purposes and those required by FASB and other similar bodies for purposes of financial accounting. The key difference between them is often timing, where some items reported for tax purposes are deferred for accounting purposes, or vice versa.

OECD’s country-by-country reporting is seen as a tax policy or economic objective, says Little, which is not the same as FASB’s authority over GAAP. “So you can’t just take the tax number from, say, Germany and put it into U.S. GAAP financial statements,” she says. “The numbers do not correlate.”

FASB has not set a precise timetable on how it will proceed with the proposal.