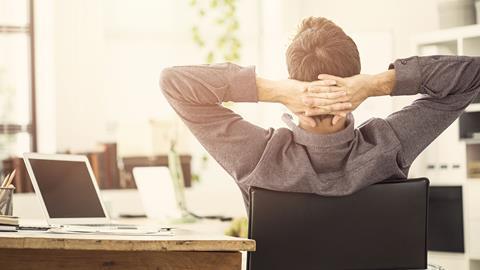 FASB to push CECL to 2023 for small public companies

The Financial Accounting Standards Board has signaled it plans to extend effective dates for a number of accounting standards that have not yet taken effect, most notably delaying CECL for smaller public companies.

In a public meeting Wednesday, the board determined it will issue a proposal for public comment that will carve out smaller reporting companies as defined by the Securities and Exchange Commission and give them a significantly extended timeline, to 2023, to prepare for the major new standard on credit losses, which requires a “current expected credit losses” approach to recognizing debt-based losses in financial statements. The board also plans to give non-public companies an additional year to prepare for new lease accounting rules as well as rules on hedging, both of which public companies are already required to follow.

Pressure across the entire accounting supply chain has been building as public companies began adopting the first of several major, comprehensive standards beginning with revenue recognition in 2018. Equally pervasive changes in lease accounting took effect in 2019, and they will now be followed by the CECL standard in 2020.

As FASB normally provides, non-public entities were given an additional year to prepare for those major changes beyond the public company effective dates. Now the board is hearing from its various advisory councils that it may not be enough, especially as smaller companies compete for limited resources to prepare for major accounting changes, says FASB member Sue Cosper.

Particularly as the board considers the implementation of revenue recognition, FASB is rethinking whether a one-year lag for non-public entities was enough time, said Cosper. “When we talk to our Small Business Advisory Committee, we hear that small public companies have a lot of the same concerns as private companies,” she said.

“A partial delay without a requirement for study or reconsideration simply kicks the can down the road.”

Under that new philosophy, FASB is planning to propose that smaller reporting companies and other non-public companies will be permitted until January 2023 to prepare for CECL. That would give those companies time to learn from not only the public company implementation process but also the initial round of audits, SEC review and comment process, and even audit inspections, said Jim Kroeker, FASB vice chair.

Post-implementation reflection on revenue recognition was a “learning point,” said Kroeker. “We saw the benefit for smaller companies to have more time than we provided,” he said. “And not just the initial view of how companies applied the standard, but going through the entire cycle.”

An extended timeline also allows for people with professional expertise to move throughout the job market, whether working in-house or through third-party service providers, to trickle down the learning experience to smaller companies, he said. “Smaller, particularly private companies would benefit from more time on most, if not all, major standards,” he said.

FASB did not discuss delaying the CECL standard for other public companies, which the American Bankers Association quickly criticized. Banks have been lobbying Congress to press FASB for a delay, raising concerns about the potential economic consequences of the new accounting, which will increase lending reserves for major banks.

“FASB’s vote to delay CECL for certain smaller banks offers further proof that the required efforts to implement this costly standard are far greater than the board has previously led bankers to believe,” said Rob Nichols, ABA president and CEO in a statement. “A partial delay without a requirement for study or reconsideration simply kicks the can down the road.”