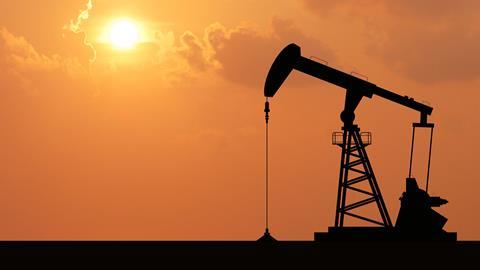 Oilfield services company ProPetro Holding has announced a shuffling of its executive leadership team, along with an improved organizational structure to strengthen its internal controls, following the completion of a review conducted by its audit committee into a series of internal control failures.

The moves result from an initial disclosure ProPetro made Aug. 8, in which it announced it could not file its second quarter Form 10-Q with the Securities and Exchange Commission and that its audit committee had expanded an ongoing investigation. Initially, the investigation focused on disclosures concerning purchase agreements with AFGlobal for hydraulic fracturing fleets but was later expanded to include “expense reimbursements and certain transactions involving related parties or potential conflicts of interest,” according to ProPetro.

The audit committee also announced its preliminary findings at that time, which uncovered several issues, including inadequate documentation for the company’s expense reimbursement practices to senior management, including hundreds of thousands of dollars paid to the CEO and CFO, as well as material weaknesses in certain internal controls.

In its latest SEC filing on Oct. 9, ProPetro announced Ian Denholm resigned from his position as chief accounting officer, effective Oct. 3. However, he will provide transition services to the company through Dec. 8.

Elo Omavuezi, having previously served as the director of financial reporting and technical accounting at the company since April 2017, has been promoted to take Denholm’s place. Omavuezi brings to ProPetro considerable financial reporting and audit experience. From June 2014 to April 2017, he was as an audit manager with Deloitte and an audit senior from January 2007 to April 2014.

Among other new appointments announced by ProPetro’s board:

Dale Redman will continue to serve as chief executive officer, but with primary responsibility for managing the company’s day-to-day operations and pursuing business development initiatives.

ProPetro said it is “committed to establishing and maintaining effective controls and implementing necessary and appropriate changes to remediate and enhance the company’s control environment.”

In addition to the changes to its senior management team, to address its internal and disclosure control deficiencies, the board and management have implemented certain—and are continuing to evaluate and expect to implement several additional—remedial measures. Since the original Form 8-K, the company has formed a disclosure committee, appointed Wilson as chief disclosure officer, and revised and expanded key company policies to enhance its internal and disclosure control environment.

“The company is also adopting enhanced documentation and revising key accounting policies and procedures with an emphasis on transactions involving related parties or potential conflicts of interest and travel and entertainment and expense reimbursement,” ProPetro said.