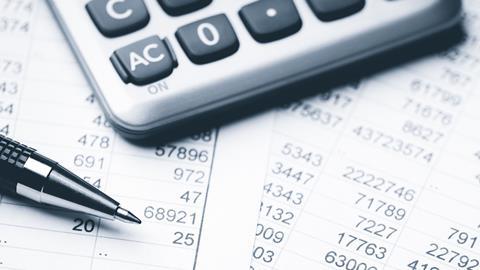 Audit committees increasingly are expected to take measures to assure they are getting a quality audit of financial statements, but no one has yet defined what constitutes a quality audit.

The Public Company Accounting Oversight Board took a crack at it with a research project that led to a concept release in 2015. The idea was not to produce a grade card, per se. In the absence of concrete data that can be tied to audit quality, the board was looking for a way to stimulate discussion on what kinds of data would be useful.

The board ultimately produced a set of 28 potential indicators that it considered “a potential portfolio of quantitative measures” that might provide insights into how to evaluate audit quality and how to achieve it. Some indicators relate to competence and availability of staffing, while others focus on the audit process and the audit results.

The audit profession led an effort of its own through the Center for Audit Quality to define its approach to audit quality. That set of indicators is organized around firm leadership and tone at the top; the engagement team’s knowledge, experience, and workload; monitoring, including review of PCAOB inspection findings; and auditor reporting. The International Auditing and Assurance Standards Board has undertaken similar efforts.

While no definitive or universally accepted framework has emerged, taken together, the various initiatives on producing audit quality indicators can give audit committees some questions to ask or data points to consider in assessing their audits and their auditors. The PCAOB’s indicators, for example, suggest quality can be tied to staffing leverage, partner workloads, specialized skills, experience, industry expertise, turnover, training, compensation, fees, risks, independence, inspection results, restatements, internal control reporting, going concern reporting, and others.

“Internally, we’re doing a lot of work with audit quality indicators to measure all the things we can think to measure and to see if there’s a correlation between those and the execution of high-quality audits.”

The vast majority of such data is only available by asking the firms to provide it. As private businesses, audit firms are under no obligation to disclose, for example, staffing information or internal processes for managing or performing audits. Regulators encourage audit committees to ask firms for such information, however, and to expect candor in the responses.

In recent years, the major firms have begun producing voluntary quality reports, and some are starting to provide more data that can be tied to audit quality indicators in those reports. While none of the data is standardized or consistent from one firm to the next, it’s a start in giving audit committees more information that can help them assess audit firms and engagement teams. Audit committees, of course, can always ask as well.

Deloitte, for example, was among the first firms to produce any kind of voluntary audit report, and now all the major firms have climbed onboard. As interest in the reports has grown, particularly in data that might help distinguish the firms from one another, the reports have grown in detail.

Deloitte’s 2019 report will be issued soon, says Dave Sullivan, national managing partner for the firm, and it will contain more data than the year before. EY’s latest report even includes a table that explains what information in the report is new from the year before.

“As each firm has published those reports, it’s been a rising tide for all of us,” says Sullivan.

To some extent, that may be what the PCAOB had in mind. The board’s concept release says it expected that comparative information about audit firms might over time drive a demand for quality and even stimulate more competition among audit firms. The board envisioned it might also beat back pressures on audit firms to reduce audit effort or resources, perhaps in a race to the bottom over audit fees.

While supporting the provision of more detailed information, Sullivan says it all “still begs the question of what do those measurements mean? What is the interplay between that and audit quality?”

Deloitte is doing plenty that doesn’t show up in its audit quality reports, says Sullivan. “Internally, we’re doing a lot of work with audit quality indicators to measure all the things we can think to measure and to see if there’s a correlation between those and the execution of high-quality audits,” he says.

PCAOB inspection results represent one critical data point that is publicly available and comparable across firms. Reports are published annually on the largest firms, explaining how inspectors dug into the riskiest areas of the firms’ audit files looking for mistakes. And they find plenty.

The PCAOB has long cautioned against extrapolating a deficiency rate in reports and applying it to the firm’s entire scope of audit work, since inspections are designed to find errors. Given the same method applied across firms, however, it does produce the most comparable view of the firms available to investors into the quality of audit work in the most difficult audits.

In the past few inspection cycles, the board has provided even more data on the nature of the deficiencies it finds, giving particular insight into the difficulties the firms have had in the audit of internal control over financial reporting. While all the major firms have had their share of challenge, some firms struggle more than others.

The PCAOB even noted when it published its AQI concept release that audit quality as evidenced through its inspections process is uneven. “Some engagement teams do an excellent job, while others are deficient in important respects,” the board said.

Auditors say they definitely feel the effects of audit committees asking more questions about audit performance, even if the profession hasn’t yet put its finger precisely on how to define audit quality. “They certainly dig deeper into our skill set,” says Jeff Burgess, national managing partner at Grant Thornton. “They dig deeper into our industry knowledge, our knowledge of standards, and how we’re going to deliver the service. They are very interested to know how we are going to communicate with them.”

Audit firms are required to identify engagement partners on individual engagements as well as their reliance on outside firms to assist with their audits. That information repository is growing on the PCAOB Website, where an audit committee can look up an engagement partner’s growing history, perhaps revealing where that partner may have been attached to restatements or other filing anomalies.