3
Transparency a game-changer for auditor evaluations 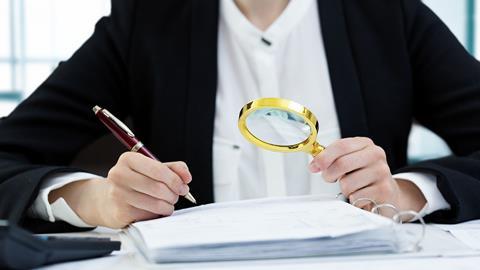 Transparency a game-changer for auditor evaluations

It may have begun with Sarbanes-Oxley, but pressure on audit committees to get tougher on auditors is only continuing to grow.

Audit committees are expected to take a closer look at the audit firms they hire to perform the external audit, at the people doing the work, and at the quality of the work itself. They’re expected to mediate more when auditors and management disagree, and there’s plenty of ground for disagreements these days as the financial reporting supply chain navigates some of the biggest changes in accounting and auditing standards in decades.

Regulators both in the United States and abroad are calling out audit committees more often to take a more proactive approach to auditor oversight. Wes Bricker, chief accountant at the Securities and Exchange Commission, frequently calls out audit committees in public speaking engagements. Proxy advisory firms are telling shareholders to send a message to audit committees by scrutinizing auditors more closely and voting against ratification where there are signs of problems.

Do audit committees feel the pressure?

“Very much so,” says Ron Steger, a retired auditor who has served on five audit committees, two of them as chairman. “I started doing this five years ago, and on average I’m spending 30 to 50 percent more time than when I started.”

While proxy advisory recommendations say audit committees generally should limit their service to no more than five audit committees to serve each effectively, Steger believes the number should be smaller. “Three would be the maximum I would be comfortable handling,” he says.

“It’s important for audit committees to assess the external auditor annually. It should be part of their compliance process.”

In part, that’s because the audit committee agenda in general has grown to include things like risk management oversight and cyber-security. Those are issues that increasingly fall to audit committees, commanding more of their time. But it’s also due to snowballing expectations that audit committees should do more to oversee auditors, especially in light of the ebb-and-flow debate over mandatory audit firm rotation.

The Public Company Accounting Oversight Board tried—but abandoned—a move to set term limits on external audit engagements. A rotation requirement already exists in the United Kingdom, and the tension there has grown as regulators explore ideas as radical as breaking up Big 4 firms to address concerns that management and audit committees have gotten too cozy with auditors.

Even without a rotation requirement in the United States, that doesn’t stop proxy advisory firms like Institutional Shareholder Services from advocating for shareholder proposals on rotating audit firms. Audit committees can’t ignore that, says Steger.

“If ISS is raising tension on the auditor, maybe we should address it,” he says. “We all have a large institutional shareholder base, and they take what ISS says.”

Audit committees, after all, are the ultimate buyers of the external audit service. “They’re the ones who stand in investors’ shoes,” says Cindy Fornelli, executive director of the Center for Audit Quality.

Absent explicit regulation telling audit committees to raise their game, they’re certainly under rising pressure to be more transparent about how they oversee auditors and the extent to which they consider changing auditors. The SEC has considered a host of potential new disclosure requirements, but some audit committees have answered investor demand by increasing their disclosure voluntarily.

The CAQ, a public policy group supported by the audit firms, has been tracking those increased disclosures, and it finds a growing percentage of audit committees at S&P 500 companies are disclosing more about how they appoint the auditor, what they consider as they evaluate an audit firm, and how often they evaluate the auditor.

She’s heartened, for example, to see nearly half of the audit committees at S&P 500 companies disclosing the considerations they weigh in appointing an auditor. “To me, that means they’re looking at it annually,” she says. “It’s important for audit committees to assess the external auditor annually. It should be part of their compliance process.”

For audit committees resolved to more proactively oversee, select, or replace auditors, the question is how, says Herbert Chain, assistant professor at St. John’s University and an audit committee member for a public investment fund. “How does one expect the audit committee to do what is expected if they’re not given the tools and information to be able to fulfill that responsibility?”

Practice is evolving, experts say. Having financial expertise on the audit committee is an important start, says Chain, and Sarbanes-Oxley addressed that, but making best use of that expertise is even more important. “It’s a combination of experience of the audit committee members, especially the chair, combined with open, candid, fulsome discussion with the audit partner,” he says.

The CAQ and even the audit firms provide guidance for audit committees on how best to engage with auditors to understand the work they’re doing and ascertain whether it delivers an independent, skeptical view of a company’s financial results. The CAQ publishes an assessment tool that’s meant to walk audit committees through an assessment of the external auditor.

The assessment begins with a look at the primary members of the engagement team and whether they demonstrate the knowledge, skills, and experience necessary to address the company’s risks. Do they have the right resources, industry experience, and geographic reach, for example?

“We would always prefer to have an audit committee that’s proactive and engaged in the process than one that’s not.”

The CAQ advocates audit committees examine audit hours by various levels of audit expertise to determine if they’re getting enough attention from the more experienced audit leaders. It tells audit committees to ask questions about audit firms’ inspection findings with the PCAOB and what the firm is doing to address deficiencies. Criticisms by the PCAOB have been harsh the past several years, and some firms have addressed them more proactively than others.

Many audit committees routinely ask auditors about PCAOB inspection findings, says Michael Malloy, senior managing director at FTI Consulting. “It’s not just getting the report,” he says. “It’s reading the report and asking questions about some of the findings. Oftentimes auditors need to explain a little more behind the nature of the comments.”

Communication will only grow in coming audit cycles as auditors prepare to comply with new PCAOB disclosures of “critical audit matters,” which will begin appearing in audit reports for the largest companies this year. CAMs are items the auditor identifies that became the more difficult issues to address during an audit.

“It’s a way we’re seeing—and it’s developing—it’s an emerging way to evaluate the firm,” says Chris Wright, managing director at consulting firm Protiviti. As part of preparing CAM disclosures, auditors must explain to audit committees what issues they’ve identified as CAMs and why. “It’s a way for the audit committee to get a clear view of how well the auditor understands the company and the business.”

There’s no one method for assessing the external auditor, says Michael Mahoney, a partner at governance consulting firm Tapestry Networks. “There’s no best practice,” he says. “It’s good practice, and it’s what practice makes sense for your company.”

A common tool, says Mahoney, is for audit committees to survey or interview those in the firm who interact with the auditor. Some audit committee chairs visit remote company locations, along with field auditors in that location. “That helps send a message to the local audit team that we think you’re important, and we value your contribution to the audit,” he says.

Some audit committee chairs even invite themselves to attend firm audit planning meetings, says Mahoney. “Chairs will say: I want to hear what they are saying about our audit, and I want to see how the different audit partners interact with each other and work with the lead partner,” he says.

Committees that tend to view the audit as more of a compliance exercise also tend to be more focused on cost than other factors, says Eisig. “If they are not trying to differentiate the firms, if they don’t see a difference, most people are going to pick the lowest price from among the quality offers,” he says.

Audit committees are generally positive about working with more proactive, more engaged audit firms, says Mahoney. Jeff Burgess, national managing partner at Grant Thornton agrees. “We would always prefer to have an audit committee that’s proactive and engaged in the process than one that’s not,” he says.

To some extent, auditors like working with proactive audit committees because it may help them navigate tricky discussions with management. “In those situations where maybe you have a difficult issue where management and the audit firm don’t see completely eye to eye, it’s helpful to have an engaged audit committee to help drive that to the appropriate final conclusions,” says Burgess.

Ultimately, it’s up to audit committees to “connect all the dots” in the financial reporting supply chain, says Jeanette Franzel, a former member of the PCAOB who now serves on an advisory panel at EY. “Audit committees are really feeling the pressure from a whole bunch of different stakeholders, and many of them are stepping up their game,” she says. “The truth of the matter is audit committees have the first line of responsibility.”