4
Why companies replace their external auditors 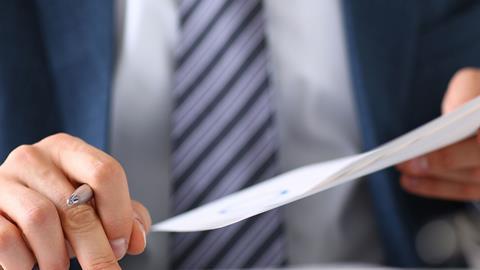 Why companies replace their external auditors

Changing audit firms is a massive undertaking that requires careful consideration—but learning from the experiences of other audit committees that have gone through the process can simplify what’s often a difficult decision.

An analysis of public company regulatory filings shows the factors behind why companies change external auditors and the circumstances under which proxy advisory firms are more likely to demand it.

Not surprisingly, a hike in audit fees is among the more mundane reasons for why companies decide to change audit firms. D.R. Horton and McDermott International are recent examples of companies whose audit committees decided to change audit firms following “a competitive request for proposal process,” according to their respective regulatory filings. PwC, which has served as D.R. Horton’s auditor since 2008, and Deloitte, which has been McDermott’s auditor since 2006, were each replaced by EY.

The fact that public companies must rotate engagement partners every five years, as mandated by the Sarbanes-Oxley Act, sometimes plays a role in the decision-making process. “If a company knows the five-year rotation period is coming up, they’ll look to see what the other firms have to offer,” says Trent Gazzaway, Grant Thornton’s national managing partner of quality and innovation for audit services.

Often, a company will change audit firms due to some sort of pain point, “and it’s typically service related,” says Jeff Burgess, Grant Thornton’s national managing partner of audit services. “Rarely do they change because of the fee only, but the fee will quickly become an issue if there are service hiccups.”

In recent months, there have been plenty of service “hiccups.” In one example, WageWorks’ audit committee in October 2018 fired KPMG as its auditor following an independent investigation of WageWorks’ accounting practices, financial statement reporting, and internal control over financial reporting for fiscal years 2016 and 2017.

“The investigation included a review of the accounting for a government contract during fiscal 2016 and associated issues with whether there was an open flow of information and appropriate tone-at-the-top for an effective control environment,” WageWorks said in a regulatory filing. Although WageWorks said “no illegal acts occurred,” it concluded that its financial statements for 2016 “should be restated and should no longer be relied upon.”

USA Technologies (USAT), a vending-machine payments provider, faced a similar issue with its independent auditor, RSM. In a Feb. 1 letter to USAT’s audit committee, RSM resigned as the company’s independent auditor, saying it could “no longer rely on management representations in connection with the audit of the company’s 2017 internal control over financial reporting and consolidated financial statements.” USAT disclosed the letter in a regulatory filing on Feb. 6.

Furthermore, USAT’s board of directors, upon the recommendation of the audit committee and following discussions with management, determined that financial statements for the fiscal year ended June 30, 2017, as well as quarterly and year-to-date unaudited consolidated financial statements for Sept. 30, 2017, Dec. 31, 2017, and March 31, 2018 “should no longer be relied upon,” as well as any related press releases, earnings releases, and management’s report on the effectiveness of internal control over financial reporting. USAT’s audit committee said it is “currently seeking a new independent audit firm” and “intends to engage such firm as soon as practicable.”

Audit committees shouldn’t necessarily terminate the relationship with their external auditor based on a restatement or negative inspection result alone, says Cindy Fornelli, executive director for the Center for Audit Quality. But it should certainly cause the audit committee to have a conversation with the auditor as to why it had those results and the circumstances around the restatements, she says.

Other times, amid rising tensions between a company and its audit firm, proxy advisory firms may be the ones to instigate a change in auditor, as opposed to the company. This is currently the situation faced by General Electric, in which 35 percent of GE shareholders voted in April 2018 against KPMG as GE’s independent audit firm, after major proxy advisory firms Institutional Shareholder Services (ISS) and Glass Lewis urged shareholders to withhold support for KPMG, which has held the role for more than a century (since 1909), according to the firm’s 2017 audit report.

The against vote followed announcement of an investigation by the Securities and Exchange Commission into GE’s revenue-recognition practices and internal controls over financial reporting related to long-term service agreements. Then, in January 2018, GE disclosed that it took a $6.2 billion charge in the fourth quarter of 2017 and plans to set aside an additional $15 billion over seven years to bolster insurance reserves. Following this update, the SEC expanded the scope of its investigation to encompass the process leading to the reserve increase.

“When you look at this list of factors and red flags, Glass Lewis made the determination, as well as many shareholders, that a rotation in auditor would be preferable,” says Kern McPherson, senior director of North American research at Glass Lewis.

ISS expressed similar concerns: While it is “extremely rare” for ISS to recommend an against vote, “we felt there was a combination of factors that made it impossible for us to sign off on auditor ratification as if nothing were the matter,” says Marc Goldstein, head of U.S. research at ISS.

Specifically, ISS said in its proxy analysis report of GE, “In light of concerns about GE’s previously undisclosed liabilities and accounting practices at GE that have prompted an SEC investigation, accompanied by unqualified reports by GE’s long-time auditor KPMG, support for the ratification of KPMG as auditor is not considered warranted.”

“If a company knows the five-year rotation period is coming up, they’ll look to see what the other firms have to offer.”

GE said its audit committee will provide further details about its deliberations and its planned response to the shareholder vote in the company’s March 2019 proxy statement.

Deloitte has audited the accounts and records of Rite Aid and its subsidiaries since 2000. If the audit committee does not ratify the appointment of Deloitte, however, it said in a that it “will consider the appointment of another independent registered public accounting firm” at its next annual meeting.

Moving forward, shareholders will start to pay even more attention to company-auditor relationships, particularly since auditors are now required to add even more disclosures to their audit reports, including critical audit matters relating to the quality of audit reports. “All of a sudden, shareholders are armed with new information,” McPherson says.

Proxy advisory firms, too, are raising their expectations. Glass Lewis, for example has formally codified a list of new factors it will consider that may trigger a recommendation against auditor ratification, including “the auditor’s tenure, a pattern of inaccurate audits, and any ongoing litigation or significant controversies which call into question an auditor’s effectiveness,” according to its newly revised 2019 proxy voting guidelines.

Aside from a change in audit fees or undesirable events like restatements, other factors can result in a new audit engagement. Take, for example, an unforeseen conflict of interest, like the one that recently arose between software firm Alteryx and its former auditor, PwC. In that case, following an internal review, PwC notified Alteryx on Jan. 17 that it had “increased its use of, and communications and services related to, the company’s software platform with its clients and prospective clients in 2018 and that this creates the possible appearance of a business relationship contrary to auditor independence standards,” Alteryx disclosed in a Form 8-K.

For this reason, Alteryx and PwC “mutually agreed that it was appropriate for the company to consider retaining a new independent registered public accounting firm,” Alteryx said. Accordingly, Alteryx dismissed PwC, effective as of Jan. 24. Shareholders ratified Deloitte as Alteryx’s new auditor.

Merger and acquisition activity also plays a role in new auditor engagements. For example, in the fourth quarter of 2018, Plante & Moran accounted for the largest number of new clients among all firms, with a net of 33 new audit clients, according to data compiled by Audit Analytics. Thirty of its new clients resulted from Plante & Moran’s October 2018 merger with EKS&H. Prager Metis saw the second highest number of auditor engagements during this quarter, netting 26 new engagements, following its merger with Paritz & Co. in October 2018.

All of the examples cited bring to the forefront both the risks and benefits of changing external auditors. According to a by KPMG, 87 percent of 150 audit committee members surveyed overwhelmingly cited the “provision of fresh insights into the business” as the greatest perceived benefit of a new auditor. “A new perspective on existing accounting judgments” was the second-most-cited benefit, noted by 45 percent of respondents, followed by “increased audit quality” (24 percent) and “greater sector experience” (21 percent).

Other factors that should be considered include the audit firm’s capabilities, the auditor’s communication with the company, and its independence, professional skepticism, and value it provides relative to its fees. The auditor’s self-assessment and regulatory reviews from the PCAOB should also be taken into consideration.

Whether an audit committee is seeking to change its audit firm or engagement team, it’s important that they “take their time and do their homework to make sure it’s a good fit,” Fornelli of CAQ says. Once the audit committee selects an audit firm, best practice is to interview a few leading engagement partners to decide who is the right lead engagement partner for the company at that point in time. “You’re going to live with these people for five years. It’s important that there be a good relationship, that there be a good rapport, that there be good communication.”