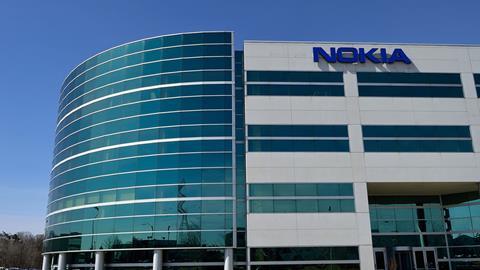 Finnish network equipment maker Nokia disclosed March 21 in a filing with the Securities and Exchange Commission that it has “been made aware of certain practices relating to compliance issues at the former Alcatel-Lucent business that have raised concerns.”

Nokia completed its acquisition of the Paris-based telecommunications company in 2016.

Nokia’s Form 20-F offers scant details: “We have initiated an internal investigation and voluntarily reported the matter to the relevant regulatory authorities, with whom we are cooperating with a view to resolving the matter,” Nokia said. “The resolution of this matter could result in potential criminal or civil penalties, including the possibility of monetary fines, which could have a material adverse effect on our business, brand, reputation, or financial position.”

Nokia also noted in the securities filing that, “with the acquisition of Alcatel-Lucent, any historical issues with Alcatel Lucent’s operations may be attributed to, or the responsibility of, Nokia. In the past, Alcatel-Lucent has experienced both actual and alleged violations of anti-corruption laws.”

In fact, Alcatel-Lucent and three of its subsidiaries in 2010 reached a $137 million settlement—$92 million in criminal fines to the Justice Department and $45 million in civil charges to the SEC—to resolve charges that it violated the Foreign Corrupt Practices Act (FCPA) by paying bribes to foreign government officials to win business in Latin America and Asia. In addition, three of its subsidiaries pled guilty to a criminal information charging one count of conspiracy to commit anti-bribery, books and records, and internal controls violations of the FCPA.

As part of that settlement, Alcatel-Lucent entered a deferred prosecution agreement with the Justice Department, in which it agreed to hire an independent compliance monitor for three years to oversee the implementation and maintenance of an enhanced FCPA compliance program.

In its latest securities filing, Nokia noted, “We may be subject to claims, fines, investigations or assessments for conduct that we failed to, or were unable to, discover or identify in the course of performing our due diligence investigations of Alcatel-Lucent, including unknown or unasserted liabilities and issues relating to fraud, trade compliance, non-compliance with applicable laws and regulations, improper accounting policies, or other improper activities.”