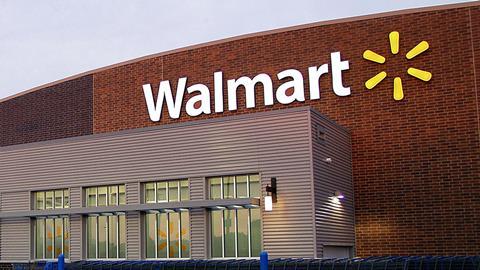 Walmart on Thursday agreed to pay a combined total of $282.7 million to resolve a more than seven-year investigation resulting from violations of the Foreign Corrupt Practices Act.

The settlement consists of a $137.96 million penalty to the Department of Justice and $144.69 million in disgorgement of profits, plus interest, to the Securities and Exchange Commission. A $4.3 million penalty, including forfeiture, against WMT Brasilia S.a.r.l., an indirect wholly owned subsidiary of Walmart, will be deducted from the amount owed by the retail giant under the non-prosecution agreement.

The global resolution ends all FCPA-related investigations or inquiries into Walmart and its subsidiaries by the Justice Department and the SEC. Walmart first disclosed the potential FCPA violations in 2011, followed by a damning report published in the New York Times in 2012, painting a portrait of widescale corruption and bribery at the company.

As a result, during this period, those Walmart subsidiaries paid certain third-party intermediaries without reasonable assurances that certain transactions were consistent with their stated purpose or consistent with the prohibition against making improper payments to government officials. Additionally, during this period, when Walmart learned of certain anti-corruption risks, the company did not either sufficiently investigate the allegations or sufficiently mitigate the known risks, the SEC order states.

The SEC’s order details several instances when Walmart planned to implement proper compliance and training only to put those plans on hold or otherwise allow deficient internal accounting controls to persist even in the face of red flags and corruption allegations.

“The company could have avoided many of these problems, but instead Walmart repeatedly failed to take red flags seriously and delayed the implementation of appropriate internal accounting controls,” said Charles Cain, chief of the SEC Enforcement Division’s FCPA Unit.

Walmart consented to the SEC’s order finding that it violated the books and records and internal accounting controls provisions of the Securities Exchange Act of 1934.

In determining to accept the offer, the Commission said it considered Walmart’s disclosures, cooperation, and remedial efforts, including the following:

Making an initial disclosure: Walmart made an initial self-disclosure of the potential FCPA violations in Mexico to the Commission’s staff in November 2011, after it retained outside counsel to conduct an internal investigation under the direction of the audit committee of Walmart’s board of directors. Subsequently, Walmart voluntarily expanded its investigation and disclosed its findings concerning Brazil, China, and India to the Commission staff, although such disclosure was after the Commission staff had already begun investigating the company related to conduct in Mexico.

Identifying issues and facts to the SEC: Walmart further cooperated by identifying issues and facts that would likely be of interest to the Commission and the staff and providing regular updates to the staff; making regular factual presentations to the staff and sharing information that would not have been otherwise readily available to the staff; making foreign-based employees available for interviews in the United States; producing translations of relevant documents; and obtaining cooperation of former employees and third parties, including their consent to interviews.

Compliance enhancements. The SEC and Justice Department have also credited Walmart’s extensive remedial measures, which include:

Walmart said over the past seven years it has spent “more than $900 million on FCPA inquiries and investigations, its global compliance program and organizational enhancements.”

“We’re pleased to resolve this matter,” said Walmart President and CEO Doug McMillon in a statement. “We’ve enhanced our policies, procedures and systems and invested tremendous resources globally into ethics and compliance, and now have a strong global anti-corruption compliance program.

Walmart has entered into a non-prosecution agreement with the Department of Justice that acknowledges responsibility for criminal conduct relating to certain findings in the order. Under the NPA, the Justice Department will not prosecute Walmart if, for a period of three years, the company meets its obligations set forth in the agreement.

In addition, WMT Brasilia S.a.r.l. has entered a guilty plea in the U.S. District Court for the Eastern District of Virginia as part of the agreement with the Justice Department for causing a books and records violation of the FCPA.

In November 2017, Walmart disclosed that it had accrued approximately $283 million for the Justice Department and SEC resolutions. As a result, the amount will not materially impact Walmart’s financial results.