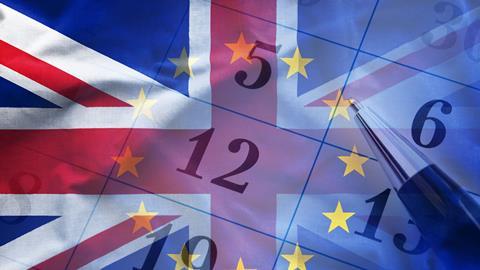 One more time: Brexit pushed back by two weeks

European leaders have unanimously decided to push the United Kingdom’s exit from the European Union back by two weeks to try to give its embattled Prime Minister Theresa May yet another attempt to get Members of Parliament (MPs) to back the EU Brexit deal.

If in a vote next week MPs back the current Withdrawal Agreement—which has already been roundly rejected twice and remains unchanged—the United Kingdom will then have until 22 May to pass all the necessary legislation before an “orderly” Brexit takes place.

If, however, MPs reject May’s proposed deal for a third time next week, the United Kingdom will need to “indicate a way forward” by 12 April as to how both sides can negotiate an exit.

This could mean that the United Kingdom crashes out of the European Union without a deal, or it could mean that EU leaders once again are forced round a table in Brussels to agree to a different scenario, possibly a much longer extension or even cancelling Brexit altogether, according to Donald Tusk, president of the European Council, the body made up of heads of member states that sets the EU’s political direction and priorities.

The view from business

Business groups have reacted with dismay to the latest Brexit developments.

In a joint letter to May, the heads of the U.K.’s biggest business lobby and workers’ rights groups—the Confederation of British Industry (CBI) and the Trades Union Congress (TUC)—urged the prime minister to change her Brexit approach, saying that the country is “facing a national emergency” and that the “decisions of recent days have caused the risk of no deal to soar.”

They added that “avoiding no deal is paramount,” “securing an extension has become essential,” and that the “current ‘deal or no deal’ must not be the only choice. A Plan B must be found.”

Given that the United Kingdom never intended (and still does not want) to take part in the elections, however, all other 27 European Union leaders—wary of extending a process that still polarises U.K. politicians—have said that the final cut-off should be 22 May if the U.K. Parliament supports the deal, which is the day before polling starts.

And to avoid any confusion, the European Council’s statement released on 21 March makes it crystal clear that the deal on the table is the only one available.

Despite such clarity, MPs may still interpret the 12 April deadline as an opportunity to seek a renegotiation.