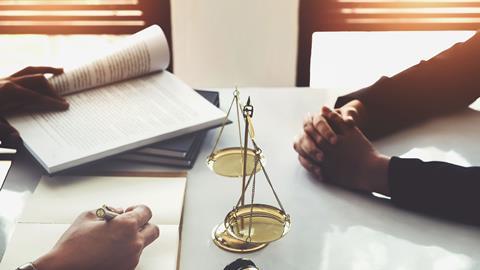 A critical review of the SFO’s DPA process

Companies might want to think more critically about entering a deferred prosecution agreement with the U.K. Serious Fraud Office and, instead, take their chances with a trial following a trio of high-profile corruption cases in which the SFO failed to secure individual convictions after the companies entered plea deals for related offenses.

“There seems to be a pattern in recent years where the company accepts culpability, but then the individuals involved are tried and acquitted,” says Syedur Rahman, legal director at U.K. firm Rahman Ravelli. “This raises the question of whether companies should blindly accept DPAs or have a jury determine criminality.”

Of the five DPAs the SFO has entered with companies since they first came into use under English law in 2014, two have resulted in charges brought against individuals. None have been convicted.

In the most recent case, a Southwark Crown Court jury on July 16 found three former executives of Sarclad, a technology products supplier to the metals industry, not guilty of conspiring to commit bribery and corruption offenses in a case brought by the SFO. The executives who were acquitted were Michael Sorby, a former managing director, and Adrian Leek and David Justice, both senior sales managers.

Until their acquittals were announced, details of the case—including the identity of the company—had remained confidential. Now that the statement of facts and Sarclad’s DPA are published, further information sheds more light.

According to the statement of facts, from 2004-2012, Sarclad and a small number of its employees were involved in the payment of bribes to secure contracts in foreign jurisdictions. In all, £17.2 million (U.S. $20.9 million) in bribes were paid on 28 “implicated” contracts. Sarclad’s parent company, Heico, self-reported the wrongdoing after an internal investigation uncovered an issue that came to light in August 2012 as a result of the company’s implementation of a compliance program.

Certain elements in the statement of facts are particularly notable. First, 24 of the 28 implicated contracts pre-dated the Bribery Act—a key point, given that Section 7 of the Bribery Act, which introduced the corporate liability “failure to prevent” offense, applied to only four of the contracts. Had Sarclad gone to trial, “a failure to convict the individuals may have resulted in significantly reduced criminal liability for the company, or even a total acquittal,” Neill Blundell of law firm Macfarlanes wrote in a blog post.

Moreover, the SFO in the statement of facts explicitly named Sorby as a “controlling mind” of the company, even though he had been acquitted of conspiracy to bribe at an earlier stage in the proceedings at the direction of the trial judge, “who ruled there was no evidence of Sorby’s involvement,” said Dan Stowers of law firm Shoosmiths, who represented Sorby. “How could it have been agreed between Sarclad and the SFO that Sorby was the ‘controlling mind’ of the company at the relevant time, when the trial judge ruled there was no evidence of his involvement in a conspiracy to bribe?”

Another notable element in the statement of facts: The SFO acknowledged it was “not able to demonstrate whether the various Sarclad agents actually paid bribes to named and unknown individuals.”

“There seems to be a pattern in recent years where the company accepts culpability, but then the individuals involved are tried and acquitted. This raises the question of whether companies should blindly accept DPAs or have a jury determine criminality.”

Questions about individual liability aside, Sarclad ultimately entered a DPA with the SFO in July 2016, under which it accepted charges of bribery and corruption and agreed to pay £6.2 million (U.S. $7.5 million) in disgorgement of gross profits and a £352,000 (U.S. $428,000) fine. The DPA further calls on Sarclad’s chief compliance officer to annually submit to the SFO a report on Sarclad’s anti-bribery/anti-corruption policies, covering third-party intermediary transactions; anti-bribery and corruption training measures to monitor training completion; and the effectiveness of that training.

Some people may view it as an inconsistency when a company enters a DPA with the SFO and individuals are acquitted, “but that view is overly simplistic,” says Kuldip Singh, a barrister of Serle Court. “It’s important to bear in mind the distinction between corporate liability and the liability of individuals,” he says.

For a DPA to be reached, the SFO does not have to prove beyond a reasonable doubt that a corporate body is guilty of a criminal offense, Singh says. Also, a judge and jury are not trying the company or the validity of the DPA, so for individuals to be acquitted even when a corporate has pleaded guilty for commercial reasons, “it may be that there is actually no inconsistency here at all,” he says.

Supermarket chain Tesco is another company that entered a DPA with the SFO in which the individuals involved were acquitted. In 2017, Tesco agreed to a DPA and a £129 million (U.S. $157 million) fine after admitting in 2014 that it had overstated profits by £250 million (U.S. $304 million) by booking payments from suppliers as revenue to help bolster its balance sheet.

“The acquittals of the individuals in the Tesco case … suggest Tesco may well have been better off fighting the case in court rather than agreeing to a DPA at an early stage,” says Nicola Sewell, a senior associate in the dispute resolution group at FieldFisher.

In a third case that garnered criticism, the SFO in February 2019 dropped its long-running bribery and corruption case against British engineering company Rolls-Royce, announcing it would not be bringing any prosecutions. The announcement came after Rolls-Royce entered a DPA in 2017 resulting from corrupt conduct that spanned three decades, seven jurisdictions, and three businesses, for which it paid a fine of £497.25 million (U.S. $604 million). In dropping the investigation, SFO Director Lisa Osofsky said there was “either insufficient evidence to provide a realistic prospect of conviction” or that it was “not in the public interest to bring a prosecution.”

Some argue these cases raise broader questions about the validity of the SFO’s DPA process and order of proceedings. Prosecuting individuals after the company has already entered a DPA is “contrary to the identification principle that a company’s liability is based on the acts of its officers and directors,” said Paul Haycock, associate director and head of the regulatory and criminal investigations group of Irwin Mitchell, who represented Leek in the Sarclad case.

Stowers argued a similar point: “The investigation and, if necessary, prosecution of individuals should precede a DPA and not follow one.”

The SFO may even want to take a page from the Financial Conduct Authority. Following some inconsistent outcomes of its own, the FCA said it now pursues cases against companies and individuals in parallel.

“If it appears that individuals may be involved in the suspected serious misconduct of a firm, we will investigate those individuals at the same time we investigate the firm,” the FCA policy states. “This allows relevant facts and matters to be considered together, in the round. This is especially important where relevant individuals have had a senior management or governance role in the circumstances under investigation.”

Despite the risks, DPAs still remain a valuable option for companies, including the opportunity to avoid the consequences of a criminal conviction—such as debarment from certain areas of business and reputational and collateral damages. It also provides the company a more certain outcome and, often, a reduction in financial penalties.

Nonetheless, companies might still want to think more critically about entering a DPA with the SFO. “It is clearly a balancing act for a business to decide whether it is willing to take its chances with a prosecution, or if it would prefer the certainty it would get through a DPA,” says Sewell. “That is going to depend on the risk appetite of the business, the nature of the business and industry, as well as the nature and severity of the misconduct.”

“It is hard to draw out any general points of principle from these cases, because, of course, they are all fact-specific,” Sewell adds, “other than that companies should think carefully before entering a DPA and not automatically assume it is the best option.”