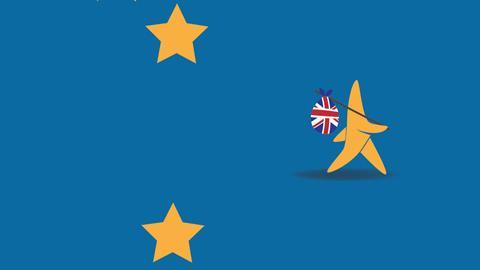 Experts weigh in on Brexit consequences for GDPR, AML, more

The passing of the Withdrawal Agreement on Jan. 31 might have finally set the wheels to the United Kingdom’s exit from the European Union in motion, but the hard work still remains as to what kind of future trading relationship the country has with the single market.

Despite the concerns of business on both sides of the Channel, the possibility of a “hard Brexit”—whereby the European Union and United Kingdom fail to agree on a trade deal—remains very much a possibility, particularly as U.K. Prime Minister Boris Johnson has passed into law that once the 11-month transition period ends this New Year’s Eve, the country will finally be out, with or without a deal, and all EU rules and regulations will cease to apply.

As there will be no ongoing alignment with EU rules, the United Kingdom will be treated as a “third country” for regulatory purposes across all sectors. As such, there could be a greater onus on companies to demonstrate compliance with rules they currently already follow, especially if the United Kingdom adopts new regulations to suit its own purposes.

Johnson has said he wants a trade deal: it just depends on whether the EU will give him the one he hopes for in the limited time available. In his speech at the Commission on Feb. 3, Michel Barnier—the EU’s chief Brexit negotiator—made it clear that if the United Kingdom wants frictionless trade, it must have regulatory alignment (which the U.K. government has said it does not want).

Furthermore, the Commission has said only the European Court of Justice (ECJ)—the institution that the United Kingdom has said will no longer have any sway over the country’s policy-making or laws—can decide whether U.K. regulations are compliant with EU regulations or not.

Given the political situation, and the fact there is no longer a U.K. judge in the court, U.K.-based lawyers do not believe the ECJ will readily agree U.K. regulations are either equivalent or superior to those of the European Union.

The Commission also wants assurances that the U.K. government will not undercut EU rules to give the country a competitive advantage, and that standards regarding social, environmental, climate, tax, and state aid matters will not be watered down. So far, Johnson has not agreed to anything specifically.

As a result, negotiations between the two sides could be in for a bumpy ride, and any certainty regarding regulatory alignment or mutual recognition of rules is out the window.

Experts believe there will be regulatory divergence between the European Union and the United Kingdom—the key questions are which sectors, and to what degree?

Raoul Ruparel, adviser at professional services firm Deloitte (and former special adviser on Europe to former Prime Minister Theresa May), says the impact of any divergence in regulatory alignment will be most felt in the heavily regulated sectors such as medicines and chemicals. However, he adds that “just because the U.K. is not committing to align, it doesn’t mean it will diverge on Day 1. In reality, the rules will only change gradually over time.” Nonetheless, he says, “the lack of upfront commitment to align means there will need to be separate regulatory approvals for U.K. and EU. This will mean duplicating processes for some businesses.” And while this can be managed, there are likely to be additional costs for business, he says.

Below are some of the key areas some believe are ripe for some degree of rules divergence:

Jonathan Compton, partner at city law firm DMH Stallard, says the transport sector is perhaps most at risk from changing rules—more from customs checks than tariffs. “If the EU and United Kingdom fail to agree a long-term deal on cross-border trade, both will need to negotiate a system and put in place the necessary tech for it to work when the transition period ends,” he says.

Border checks have been a sticking point in Brexit negotiations, particularly regarding the border between Ireland and Northern Ireland. Cutting-edge technology—such as the automatic number plate recognition system used on the Norway-Sweden border—will play a pivotal role but putting such an expensive system in place before the end of the year is highly doubtful. And experts say it would not eliminate the need for physical customs checks anyway. Cue an increase in paperwork, delivery times, and costs.

Dan Peyton, employment lawyer at international law firm McGuireWoods, says large swaths of U.K. employment law derives from EU law, and under the European Union (Withdrawal) Act 2018, these rights are currently being retained. However, he adds, it is quite likely workers’ rights and employee protections will be “somewhat weakened” following the transition period.

“Just because the U.K. is not committing to align, it doesn’t mean it will diverge on Day 1. In reality, the rules will only change gradually over time.”

In the Queen’s Speech in December 2019, the U.K. government announced protection for workers’ rights will be included in a forthcoming Employment Bill, but it remains to be seen exactly what this will (or will not) entail. However, Peyton says there are likely to be changes to agency worker protections, working time requirements, holiday pay and TUPE regulations (rules designed to protect employees if the business in which they are employed changes hands) as the country moves toward a more “employer-friendly” model to attract new business and foreign direct investment post-Brexit.

Compton says data security and data transfer are of “systemic importance” to all aspects of EU/U.K. trade, and that the United Kingdom will want to stay aligned with the GDPR now that U.K. organizations have embedded it within their operations. He also believes the United Kingdom will continue to stay in sync with EU GDPR-related judgments.

“It is my view that the United Kingdom will just quietly follow changes in EU data regulations and that U.K. courts will regard the judgments of the ECJ as having an advisory force,” says Compton. “More often than not, I suggest, U.K. courts will follow the lead of the ECJ on data law even if they do not hasten to publicize the fact.”

Peyton agrees data protection legislation in the United Kingdom is likely to remain strongly aligned with the European Union and the GDPR; to reduce the level of data protection domestically would put the United Kingdom out of step with the rest of the world, both economically and culturally, he says. “There is highly unlikely to be divergence from the GDPR, even after the conclusion of the transition period, as alignment on this point is necessary to facilitate economic flows between the U.K. and the EU. This is also important in maintaining trade relationships with other jurisdictions, for example Canada or the United States (and in particular California), where the level of data protection is quickly catching up with GDPR,” he says.

Following PM Johnson’s speech in Greenwich on Feb. 3—where he extolled the benefits of global free trade (rather than the need for a deal)—city executives have highlighted no equivalence or limited equivalence with EU rules will be very damaging to the financial services sector, potentially making London “the biggest loser” in the forthcoming trade negotiations.

Currently, it looks as if allowing U.K. firms to continue to hold “passporting” rights—whereby banks and financial services companies authorized in any European Union or European Economic Area state can trade freely in any other with minimal additional authorization—is off the table. This has prompted Chancellor Sajid Javid to promote “outcomes-based” equivalence instead, meaning that while each other’s rules may be different, they achieve the same objectives.

Monique Melis, managing director and global head of compliance and regulatory consulting at consultancy Duff & Phelps, says divergence is likely but adds it does not necessarily mean standards will be weakened, or that the United Kingdom will be disadvantaged as a result.

While Melis says that “the financial services industry would welcome more global standards and less divergence as it is very difficult on a practical level to comply with often mis-aligned frameworks of regulations,” she adds that “different countries have different needs and divergence does not need to mean a weakening of standards.”

Following the transition period, Melis believes EU-U.K. rules may diverge around some capital markets products and transactions—and adds that the United Kingdom “may actually benefit from the ability to set its own rules.” One such example, she says, could include changes to the asset management industry to create a “free trade zone” for specialist funds much like those that are domiciled offshore in jurisdictions like the Cayman Islands, targeting the United States and Asia-Pacific regions for growth opportunities.

Melis believes the United Kingdom is unlikely to want to diverge from some major EU rules given the time—and cost—that financial institutions have already had to invest to ensure compliance. For example, she says, the Alternative Investment Fund Managers Directive (AIFMD), which regulates hedge funds, private equity, real estate funds, and other investment vehicles, is one area where the U.K.’s markets are very interlinked with Europe, so any divergence would happen “carefully and slowly,” she says.

Likewise, ensuring compliance with the reporting standards as set out under the EU’s Markets in Financial Instruments Directive (MiFID II), which is aimed at providing greater investor protection around investment services, “has cost the industry a small fortune,” but she adds the financial services industry may welcome “a U.K. assessment whether the use of all the data gathered is really value for money.”

While many commentators believe the U.K. government will slash rules and trample over EU standards to gain a stronger foothold in attracting big business, some believe there are certain areas where the country may actually surpass the European Union in terms of tougher regulation and better enforcement.

Paul Feldberg, partner in the investigations, compliance and defense team at law firm Jenner & Block, believes the United Kingdom will take a similarly tough line with regards to preventing money laundering and an even tougher line in terms of imposing sanctions, with the government taking a more robust approach than the European Union to United States “Magnitsky-type” sanctions (which allow the United States to sanction those who it sees as human rights offenders, freeze their assets, and ban them from entering the country), as well as a harder stance toward Russia.

“There is currently a political will to ensure that the U.K. is not seen as an attractive place to park dirty money,” says Feldberg. “Additionally, the U.K. government has already signaled its intention to go it alone in relation to sanctions. It will be interesting to see if the United Kingdom becomes as aggressive as the U.S. [in its use of sanctions], as it has always been one of the lead countries pushing for greater use of sanctions within the EU.”

John Binns, partner in the financial crime team at law firm BCL Solicitors, believes that “some divergence is inevitable” in rules and approach, adding that “the question is not so much whether there will be divergence, but when it will happen and how significant it will be.”

But he believes “sanctions work best when done multilaterally.”

“An asset freeze or travel ban imposed by the EU or the U.K. alone will never be as effective, practically or politically, as if they acted together,” he adds.

“Keeping track of all the sanctions targets in all the relevant regimes is already hard enough, and a separate U.K. framework will make it harder,” says Binns. “The new legal framework means some divergence is inevitable. It seems the political will is there to keep it to a minimum, but the task of sharing intelligence and coordinating sanctions measures will nevertheless be challenging, even before we consider the likely ongoing pressure to follow the U.S.’s lead.”