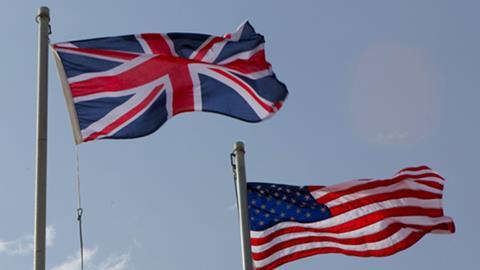 The Securities and Exchange Commission and the United Kingdom’s Financial Conduct Authority have reaffirmed their commitment to cooperation and information sharing, even after the latter withdraws from the European Union.

It was announced Friday that SEC Chairman Jay Clayton met with FCA CEO Andrew Bailey and signed two updated Memoranda of Understanding (MOUs) “to ensure the continued ability to cooperate and consult with each other regarding the effective and efficient oversight of regulated entities across national borders.”  At their meeting in London, Clayton and Bailey also discussed risks posed by jurisdictional share trading obligations, which could increase market fragmentation and impose unnecessary costs on investors, an SEC statement says.

“As part of our preparations for Brexit we have been working with our partners in the EU and globally to ensure there is minimal disruption. These MOUs will ensure the UK can continue to be a key market for funds and fund managers. Today’s amendments will ensure continuity and stability for consumers and investors in the UK and US,” Bailey said in a statement.

The first MOU, signed in 2006, offered a comprehensive supervisory arrangement covering regulated entities that operate across the national borders. It has now been updated to, among other things, expand the scope of covered firms. Another update covers the FCA’s post-Brexit assumption of responsibility from the European Securities and Markets Authority for overseeing credit rating agencies and trade repositories.

A second MOU, required under the U.K. Alternative Investment Fund Managers Regulations, was originally signed in 2013. It provides a framework for supervisory cooperation and exchange of information relating to the supervision of covered entities in the alternative investment fund industry. The updated agreement ensures that investment advisers, fund managers, private funds, and other covered entities in the alternative investment fund industry that are regulated by the SEC and the FCA will be able to continue to operate on a cross-border basis without interruption, regardless of the outcome of the U.K.’s withdrawal from the European Union.

The updated MOUs will come into force on the date EU legislation no longer has a direct effect on the United Kingdom.