Kenneth Blanco has been tapped to lead a new financial crimes unit at Citi following his departure as director of the Treasury Department’s Financial Crimes Enforcement Network (FinCEN) later this week.

Blanco will be the financial crimes chief compliance officer for the new unit, which formally integrates the bank’s anti-money laundering (AML), sanctions, and anti-bribery teams, according to an internal memo issued to staff Friday by Citi Chief Compliance Officer Mary McNiff. Blanco will join Citi in the second quarter of this year, McNiff said.

“Ken will be a pivotal addition to our team as we embark on our Risk and Control Transformation across the firm,” McNiff wrote in the memo seen by Compliance Week. 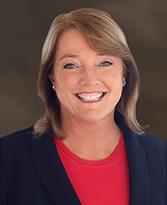 Mary McNiff, chief compliance officer at Citi, will deliver the Day 2 opening keynote through a fireside chat with Compliance Week’s Julie DiMauro at our National Conference held virtually from May 11-13. McNiff will discuss Citigroup’s efforts to modernize infrastructure in order to become a bank that will thrive in a post-COVID world being shaped by the new digital landscape.

“Ken has taken important steps to modernize FinCEN, and his effort to bring more diversity to the organization and collaborate inside and outside of Treasury have put FinCEN on strong footing,” Adeyemo said in a statement released Friday. “I’m grateful for Ken’s leadership and look forward to working with Acting Director Michael Mosier to carry on important anti-money laundering and anti-corruption work, including full implementation of the landmark legislation passed by Congress earlier this year.”

Other changes afoot at Citi were also announced by McNiff on Friday.

The anti-bribery and corruption team will be led by Chinwe Esimai. The team had been headed by Francisco Rapp.

Jackie Sanjuas, named interim chief compliance officer for the AML/Bank Secrecy Act team last year, will continue in an interim capacity while Citi launches a recruitment process to fill the role on a permanent basis.