Walmart on Wednesday announced the appointment of Matt Miner as executive vice president and global chief ethics and compliance officer. 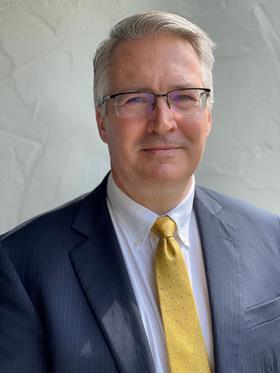 “Matt is a nationally respected talent in the compliance field, and I am delighted that he will be joining our team,” said Brand in a press release. “I’m proud of our strong compliance organization, and I believe that Matt’s expertise and experience with enhancing compliance programs make him the right leader to help take our program to the next level.”

Miner joined the Justice Department in 2018 before departing at the end of 2019 to rejoin law firm Morgan Lewis as a partner focused on matters relating to white-collar enforcement and compliance. During his time in the Criminal Division, he played a prominent role in the development of a range of significant compliance policy initiatives, with Walmart citing him as the “architect” of the agency’s Evaluation of Corporate Compliance Programs guidance.

Other Justice Department policies to which Miner contributed included reforms regarding how the agency assesses a company’s inability to pay a fine or penalty; the Criminal Division’s approach to the selection of monitors; and various revisions to the Justice Manual’s Principles of Prosecution of Business Organizations, the Foreign Corrupt Practices Act (FCPA) Corporate Enforcement Policy, and provisions regarding cooperation and individual accountability.

At Walmart, Miner replaces Daniel Trujillo, who left in April “to pursue other opportunities,” according to an internal memo shared at the time. Trujillo had been with Walmart since 2012.

“Walmart has long been a leader and innovator in the business community and that same spirit carries over to the company’s dedication to compliance,” stated Miner. “I am absolutely thrilled to join the business. I see this as an opportunity unlike any other to tackle complex and diverse issues as part of a truly extraordinary company.”

Before first joining Morgan Lewis as a partner in 2012, Miner served in several roles on the staff of the U.S. Senate Judiciary Committee.

Of note, Walmart is currently fighting a Justice Department civil action filed against the company last year for playing an active role in fueling the opioid epidemic. Walmart has described the lawsuit, which could result in civil penalties totaling in the billions, as “misguiding and misleading.”