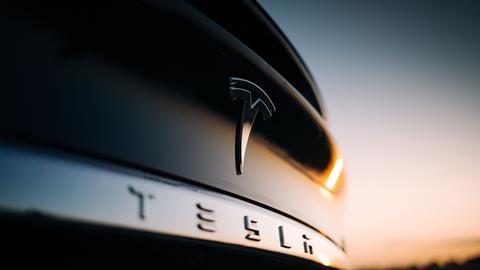 NHTSA probing Tesla for defects that cause battery fires

Tesla is in hot water, once again. This time, the electric car company is being investigated by the National Highway Traffic Safety Administration over potential battery defects that allegedly cause its vehicles to suddenly burst into flames.

In an Oct. 24 letter to Tesla’s Deputy General Counsel Al Prescott, the NHTSA said it is launching an investigation into certain battery-management system software updates in Tesla’s Model S and Model X vehicles (model years 2012 through 2019) and is requesting an extensive variety of supporting information to assist in its investigation. The alleged defects in question, according to the NHTSA’s letter, concern “high-voltage battery fires that are not related to collision or impact damage to the battery pack.”

The NHTSA initiated the investigation following a letter the agency received in September from Edward Chen, an attorney representing a plaintiff in a class-action lawsuit filed in the Northern District of California related to the software updates. The letter alerted the NHTSA to a recent set of software updates Tesla initiated allegedly due to “the alarming number of car fires that have occurred worldwide,” the letter stated.

Among the information being requested by the NHTSA includes the model, model year, and number of subject vehicles manufactured by Tesla in the United States, as well as any consumer complaints, field reports, any related damage reports, third-party arbitration proceedings where Tesla was a party, or lawsuits (both pending and closed) in which Tesla was a defendant.

The NHTSA also indicated it’s seeking to interview all past and present officers and employees who were “involved in any way” with the:

Tesla has until Nov. 28 to produce the information being requested by the NHTSA. Under the Vehicle Safety Act, failure to respond to such information requests carries a civil penalty of up to $22,329 per day, with a maximum of $111.6 million for a related series of violations.

Tesla did not mention the NHTSA investigation in its latest quarterly report, dated Oct. 29, only broadly stating it “receive[s] requests for information from regulators and governmental authorities, such as the National Highway Traffic Safety Administration, the National Transportation Safety Board, the [Securities and Exchange Commission], the Department of Justice and various state, federal and international agencies. We routinely cooperate with such regulatory and governmental requests.”

In September 2018, the SEC filed a lawsuit against Tesla for online comments made by CEO Elon Musk about possibly taking the publicly traded company private. The Commission, citing a lack of evidence that any such deal was a reality, sued the company in the U.S. District Court for the Southern District of New York on charges the online tweet misled investors.

On Oct. 16, 2018, U.S. District Judge Alison Nathan approved the resulting settlement. Without admitting or denying any of the SEC’s allegations, Tesla and Musk agreed to each pay a civil penalty of $20 million.

In its latest quarterly filing, Tesla said the SEC has issued subpoenas in connection with Musk’s prior statement that he was considering taking Tesla private and concerning “certain projections that we made for Model 3 production rates during 2017 and other public statements relating to Model 3 production.” Additionally, Tesla disclosed, the Justice Department has also asked the company to voluntarily provide the agency with information about each of these matters and is investigating.

Aside from the settlement, as amended, with the SEC relating to Musk’s statement about taking Tesla private, “there have not been any developments in these matters that we deem to be material,” Tesla stated in its quarterly report, “and, to our knowledge, no government agency in any ongoing investigation has concluded that any wrongdoing occurred.”