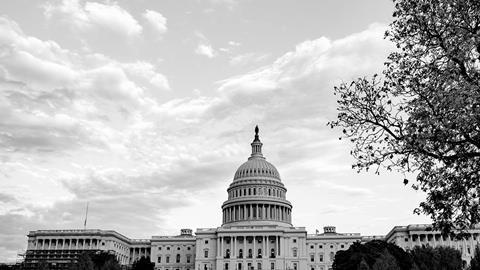 After years of all but ignoring the global matter, the U.S. seems poised to finally tackle issues surrounding shell companies and their often-opaque beneficial ownership structures.

On June 12, the House of Representatives’ Financial Services Committee voted to pass what proponents are calling “a landmark corporate transparency bill”—with 33 Democrats and 10 Republicans advancing the bill to the full House and, ultimately, the Senate and White House.

The bill, known as the ”Corporate Transparency Act” is sponsored by Carolyn Maloney (D-NY), who said: “I am tired of money launderers using NYC apartments as bank accounts and driving up home prices for New Yorkers. My bill … will crack down on anonymous shell companies and help to stop this practice by requiring companies to disclose their true, beneficial owners – the people who actually own the LLC – when the company is formed.”

“This bill is also critical for our national security, because it finally allows law enforcement to track the money that terrorist groups use to finance their operations,” she added. “Disrupting terrorist financing networks should be one of our top priorities, but right now, terrorist groups can easily hide their money using anonymous shell companies. That is completely unacceptable. And it’s not just terrorists – far too many criminal networks can legally hide and launder their money legally here in the US. We should all be outraged that human traffickers, gun rings, and drug cartels are skirting the law because we allow these shady practices.”

In addition to law enforcement, more than 60 national security experts; 108 NGOs representing a broad cross-section of society and the banking, credit union, and real estate industries; the Delaware Secretary of State; the National District Attorneys Association; human rights organizations; and others have sent letters of support to Congress urging passage of this critical legislation.

Republican Patrick McHenry, ranking member on the Financial Services Committee, remained skeptical of the bill, both as presented and later amended.

“It is clear banks want relief from the customer due diligence rules. It is also clear that law enforcement wants more tools to prosecute bad actors. What is not clear is how this new burden on millions of law-abiding small-business owners will affect these efforts,” he said at a hearing on the bill. “We also do not know the bill’s implications on privacy, which is particularly concerning as we create another new government database that will be collecting and housing personal identifiable information.”

“This bill is also critical for our national security, because it finally allows law enforcement to track the money that terrorist groups use to finance their operations.”

“We need to deploy every tool in our arsenal to stop financing of terrorists and criminal activity. But I’m very concerned that we do not have the basic data we need to understand the impact of this bill, or at a minimum, whether this bill is even needed,” he added.

Maloney defended both the legislative need and a privacy-related amendment she proposed prior to the committee vote. “My bill would crack down on these shell companies by requiring companies to disclose their true beneficial owners to the Financial Crimes Enforcement Network (FinCEN) at the time the company is formed. This information will only be available to law enforcement and financial institutions who are required to know their customers,” she said.

Maloney’s amendment makes a number of key changes to the bill. “Most importantly,” she said, “it includes robust privacy safeguards within FinCEN’s database of finished beneficial ownership information. I’ve heard from Democrats and Republican offices, that they are concerned about the privacy of beneficial ownership information. I took their concerns very seriously.”

Among the concerns brought to her attention was that law enforcement should not be able to search the database randomly, without any connection to an actual investigation. In response, she included language explicitly prohibiting this and requiring law enforcement to have an existing investigatory basis for any such search.

“This amendment also says that only authorized users and law enforcement agencies who have undergone the appropriate training can use the database, and it requires law enforcement agencies to maintain an audit log of all their requests for beneficial ownership information, so that they can be audited every year, to ensure sure that they’re using the database appropriately,” Maloney added. “These privacy safeguards are very similar to the safeguards that FinCEN already uses for its database of suspicious activity reports (SARS). That database is much larger than the database in our bill, and it contains much more sensitive information.”

The amendment also added a number of categories of businesses to the list of exemptions in the bill. “All of these businesses already disclose their beneficial ownership information either publicly or to their regulators. Requiring them to disclose this information … would be duplicative and unnecessary,” she added.

McHenry appreciated the changes but was ultimately not persuaded. “What we have before us today is a better bill,” he said. “I think we have to look at all avenues of real money laundering and inappropriate use of shell companies, but those efforts have to be balanced with privacy protections and limited intrusion on legitimate small businesses.”

For the past several months, McHenry and his staff have repeatedly requested information from the Treasury Department and FinCEN to help inform this legislation. “During our May 22 hearing with Secretary (Steven) Mnuchin, I once again requested non-anecdotal data from the Treasury Department,” McHenry said. “FinCEN has provided us with some data but has yet to answer specific questions I laid out. The information received does not justify the burden placed on small businesses.”

“We are creating a new federal government database that tracks all the ownership structures of small businesses in this country,” he added. “It is not a question of if this government database will be breached, but when, and we do all this on the backs of small businesses and the small-business community. I would suggest we should examine every possible avenue to reduce the burden on the nearly 4 million small businesses that will be impacted. I’d also want to take steps to ensure that information collected and maintained by FinCEN is protected. … If you thought the USA PATRIOT Act did not ensure privacy, this legislation has fewer privacy standards, no judicial overview, and no second- or third-party reviews.”

McHenry bolstered his objections with letters of opposition submitted by the American Civil Liberties Union, the National Federation of Small Business, the Due Process Institute, the American Bar Association, Americans for Prosperity, FreedomWorks, and the Heritage Foundation.

Chairman Maxine Waters (D-Calif.) spoke in favor of the bill, calling it “an important piece of national security and crime-fighting legislation.”

The bipartisan bill “has earned the strong and diverse support of the national security, law enforcement, human rights, financial services, and faith-based communities,” she said. “These entities have come together because the U.S. has become a haven for those seeking to hide any live bombs related to illicit activity. The effects of our opaque system abound in plain sight throughout the country, from the concealed foreign ownership of mansions in Beverly Hills, California, to the Russian-owned condos of Miami and New York. Without this bill, the United States will attract even more illicit activity as other financial centers, including the United Kingdom and the European Union, close their doors to anonymous shell companies through the completion of their own transparent national corporate registries. If Congress does not follow suit, we will signal that the U.S. is still open for illicit business.”

“While no bill is perfect, through our negotiations, we have produced legislation that fights money launderers while limiting burdens on small businesses, protecting the privacy of business owners, and eliminating burdensome regulations on America’s financial institutions, including small and community banks,” he said. “We need to recognize this information is already being accumulated. This is not a new database that we are creating. … We have put in place strict penalties for any individual who misuses that information without authorization. To limit the burden of small businesses, we eliminated dual reporting requirements, so beneficial ownership information is only collected once a year—making it a commonsense business practice.”

Another concession: multiple revisions to ensure that any small business that is unaware of the reporting requirements, or simply forgets to provide beneficial ownership information, is not subject to penalty. “The legislation specifically states that only those who willingly and knowingly refused to provide accurate information will violate the law,” Luetkemeyer said. “Our goal is to go after bad actors, not mom and pop shops.”

Prior to the House Committee vote, Senators Mark Warner (D-Va.), Tom Cotton (R-Ark.), Doug Jones (D-Ala.), and Mike Rounds (R-S.D.)—all members of the Senate Banking Committee—also introduced a draft bill that proposes a range of reforms to current anti-money laundering laws in order to make them more effective. That bill includes a section that mirrors the Corporate Transparency Act

“Congress is finally stepping up and tackling this issue head on with a bipartisan bill that would tell criminals and the corrupt that the U.S. is not open for business. … With today’s events, Congress is inching closer to a landmark achievement in the effort to combat illicit finance and corruption around the world,” says Alexandria Robins, assistant policy advisor in Global Witness’ anti-money laundering team.