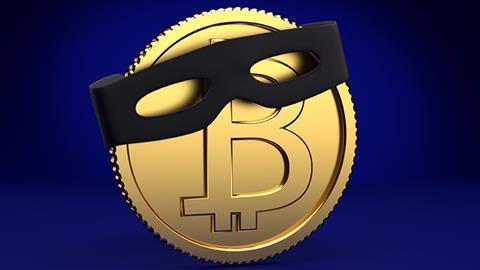 The Securities and Exchange Commission is taking a far different approach to targeting initial coin offerings than it has in the past, following an emergency action and temporary restraining order against two offshore entities conducting an alleged unregistered, ongoing digital token offering in the United States and overseas.

According to the SEC’s complaint, filed Oct. 11 in federal district court in Manhattan, Telegram Group and its wholly owned subsidiary TON Issuer began raising capital in January 2018 to finance the companies’ business, including the development of their own blockchain, the “Telegram Open Network” or “TON Blockchain,” as well as the mobile messaging application Telegram Messenger.

“We have repeatedly stated that issuers cannot avoid the federal securities laws just by labeling their product a cryptocurrency or a digital token. Telegram seeks to obtain the benefits of a public offering without complying with the long-established disclosure responsibilities designed to protect the investing public.”

The Commission says between January and March 2018, Telegram raised approximately $1.7 billion from sales of 2.9 billion digital tokens, called “Grams,” at discounted prices to 171 initial investors, $424.5 million of which was raised from 39 U.S. investors.

“One thing that makes the case different from some other ICOs the SEC has pursued is that the tokens have not yet been delivered to the investors,” says Philip Moustakis, counsel at Seward & Kissel and former senior counsel at the SEC who investigated and litigated the regulator’s first-ever Bitcoin-related enforcement action. “This allowed the enforcement staff to step in and attempt to prevent the tokens from being disseminated in the U.S. and resold in the secondary market, at which point it would have been a far more complicated endeavor to unwind or bring the offering into compliance.”

Telegram promised to deliver the Grams to the initial purchasers upon the launch of its blockchain by no later than Oct. 31, 2019, at which time the purchasers and Telegram will be able to sell billions of Grams into U.S. markets. The complaint alleges defendants failed to register their offers and sales of Grams, which are securities, in violation of the registration provisions of the Securities Act of 1933.

Telegram also led the Initial Purchasers to expect profits by selling Grams to them at deep discounts from the price Telegram told them to expect on the day of launch, thereby encouraging those purchasers to immediately distribute Grams to the public.

Under Telegram’s Formula, Defendants would price the first Gram at $0.10, and every subsequent Gram at an amount one-billionth higher than the prior sales price. As such, Telegram designed the price of Grams to increase “exponential[ly].” Indeed, Telegram sold Grams to Initial Purchasers at a deep discount to an expected market price of $3.62 at launch.

Telegram repeatedly touted to potential purchasers the fact that Round One and Round Two purchasers would get a substantial discount from the eventual market price. One of the Teasers, for example, touted a potential “discount to the average public sale price [of] 68.2%.” Another Teaser explained that “additional supply [of Grams] coming from the TON Foundation will always be more expensive than the price paid by any of the existing buyers.”

In the image below, the 2017 Primer graphically illustrated the effect that the Formula would have on the price of Grams and why it dictated that the price per token would necessarily increase as sales of Gram increased. 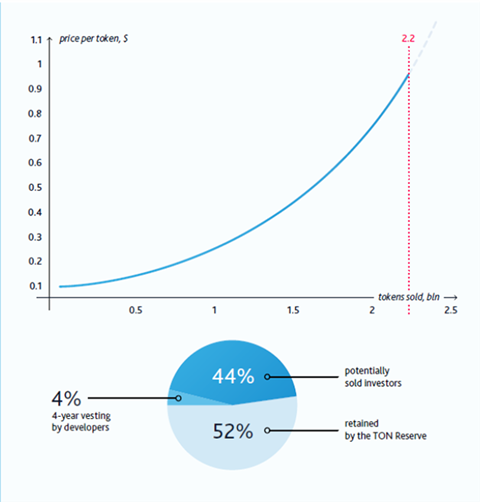 The emergency action is “intended to prevent Telegram from flooding the U.S. markets with digital tokens that we allege were unlawfully sold,” said Stephanie Avakian, co-director of the SEC’s Division of Enforcement. “We allege that the defendants have failed to provide investors with information regarding Grams and Telegram’s business operations, financial condition, risk factors, and management that the securities laws require.”

“We have repeatedly stated that issuers cannot avoid the federal securities laws just by labeling their product a cryptocurrency or a digital token,” said Steven Peikin, co-director of the SEC’s Division of Enforcement. “Telegram seeks to obtain the benefits of a public offering without complying with the long-established disclosure responsibilities designed to protect the investing public.”

The complaint charges both defendants with violating the registration provisions of Sections 5(a) and 5(c) of the Securities Act and seeks certain emergency relief, as well as permanent injunctions, disgorgement with prejudgment interest, and civil penalties.

“At the most basic level, the case is significant because it shows the SEC will pursue overseas issuers of digital assets or cryptocurrencies who offer and sell those assets into the United States or otherwise access the U.S. capital markets,” Moustakis says. “And, together with the recent Block.one settlement, this filing demonstrates the SEC has the wherewithal to investigate and prosecute the largest ICOs or digital asset issuers.”

Telegram is pushing back. In a seven-page complaint, filed Oct. 16, it argued the SEC’s position is “unreasonable and wholly unnecessary.” It’s asking the court to deny the SEC’s motion to enforce a subpoena. Further, Telegram has taken the position that its upcoming gram token is not a security, and the SEC shouldn’t be able to force it to produce documents or witnesses about its blockchain project.

Telegram’s stance makes the case that much more interesting for close watchers of the SEC’s activity in the cryptocurrency space, Moustakis says. “Here, according to the SEC’s complaint, the promoters have taken the position that, while the token purchase agreement for the Gram was a security, the token itself is not,” he says. “It is noteworthy to see an issuer take this position because SEC Chairman [Jay] Clayton has said we need to separate ICOs from cryptocurrencies, and that ICOs, on the whole, are securities offerings, but it does not necessarily follow that all cryptocurrencies are securities.”

Moustakis notes those remarks have been echoed in public statements by the SEC Director of the Division of Corporation Finance Bill Hinman, as well as other members of SEC senior management. In its complaint against Telegram, however, the SEC alleged there was no such separation between the Gram offering and the Gram token. Rather, the SEC alleged, the offering was a traditional capital raise because, among other things, the company used funds raised for operations and to build out its network, there were no goods or services for which one might use the Gram, and Gram purchasers had a reasonable expectation of sharing in the company’s profits should it succeed in building out the functionalities it promised.