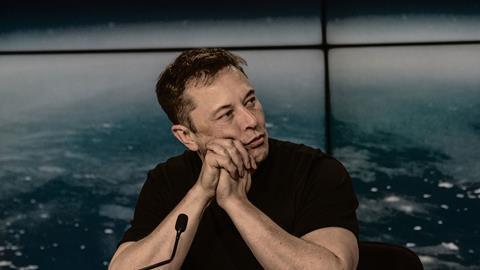 The back-and-forth legal battle between the Securities and Exchange Commission, Elon Musk, and Tesla—the company he founded and runs as CEO—escalated Monday. The Commission made its final case in federal court as to why Musk should be held in contempt for, in its view, violating the terms of a consent decree agreed to earlier this year.

Last month, the Commission petitioned the U.S. District Court for the Southern District on New York to decide whether Musk violated the terms of the consent agreement. “Such brazen disregard of this Court’s order is unacceptable and unworkable going forward,” it wrote.

The SEC’s Feb. 25 filing argues that Musk should be “held in contempt for violating the clear and unambiguous terms of the Court’s Oct. 16 final judgment.” As part of a legal process that included a written rebuttal by Musk’s legal team, the SEC on Monday filed a new brief intended to counter that defense and flesh out contempt allegations.

At the heart of the initial controversy was an Aug. 7, 2018, Twitter post by Musk: “Am considering taking Tesla private at $420. Funding secured.”

“Musk had not even discussed, much less confirmed, key deal terms, including price, with any potential funding source,” the SEC later wrote of the tweet, alleging that the statement “funding secured” was “false and misleading.” In October, after weeks of negotiations, Musk and Tesla reached a settlement with the SEC over those allegations. The deal included a diminished role for Musk (a three-year ban as chairman of the Tesla board), safeguards to keep his public-facing commentary in check, and a more independent oversight role for the board of directors. Musk and Tesla were each fined $20 million.

Tesla also agreed to demonstrate greater scrutiny of all public-facing communications, including, but not limited to, Musk’s posts on social media, the company’s Website, press releases, and investor calls. The final settlement demanded “pre-approval of any such written communications that contain, or reasonably could contain, information material to the company or its shareholders.”

The SEC, in its initial filing, claims the terms of that settlement were all but ignored. It alleges that a tweet by Musk on Feb. 19 “was a blatant violation” of the court’s order. In it, he wrote that Tesla “will make around 500k” cars in 2019. This, the Commission says, is information material to the company or its shareholders.

After seeing the initial tweet, Tesla’s “designated securities counsel” immediately arranged to meet with Musk to draft a corrected tweet, the SEC wrote.

“The Court-ordered pre-approval requirement for Musk’s written communications lies at the heart of the settlement. Musk’s unchecked and misleading tweets about Tesla are what precipitated the SEC’s charges, and the pre-approval requirement was designed to protect against reckless conduct by Musk going forward,” the Commission says. “It is therefore stunning to learn that, at the time of filing of the instant motion, Musk had not sought pre-approval for a single one of the numerous tweets about Tesla he published in the months since the Court-ordered pre-approval policy went into effect.”

“Many of these tweets were about the topics specifically identified by Tesla in its own policies as potentially material to shareholders,” it added. “Musk reads this Court’s order as not requiring pre-approval unless he himself unilaterally decides his planned tweets are material. His interpretation is inconsistent with the plain terms of this Court’s order and renders its pre-approval requirement meaningless.”

On March 11, Musk filed his counter to the SEC’s allegations. He “did not violate” the order, and “there is no basis to issue contempt sanctions against him,” the brief says.

“The Order requires that Musk comply with Tesla’s policy on the pre-approval of certain communications ‘that contain, or reasonably could contain, information material to Tesla or its shareholders.’ As Tesla has confirmed, Musk has complied with the policy, which permits him to exercise his reasonable discretion in the first instance to determine whether his communications contain information requiring pre-approval,” the filing says. “Musk correctly used his discretion to determine that his tweet was not material and did not contain information that could reasonably be considered material.”

“The SEC’s action against Musk shows how important it is for public companies and their representatives to ensure that material public disclosures are complete and accurate, whether made over social media or by more traditional means.”

The tweet, it adds, “was simply Musk’s shorthand gloss on and entirely consistent with prior public disclosures detailing Tesla’s anticipated production volume.”

“Under no fair reading of the materiality standard did Musk’s proud and optimistic restatement of publicly disclosed information, coming after the market closed, ‘significantly alter’ the total mix of information available to investors,” it says.

Musk’s team further argues he cannot be held in contempt unless there is evidence he did not diligently attempt to comply with the order.

“Musk’s conduct since entry of the Order, and his conduct with respect to the particular tweet at issue, demonstrates the opposite,” his legal counsel wrote. “Since entry of the Order, Musk has dramatically reduced his volume of tweets generally and regarding Tesla in particular. This self-censorship is reflective of his commitment to adhering to the Order and avoiding unnecessary disputes with the SEC. Indeed, Musk’s actions on February 19, 2019, underscore his diligence. Despite his view that there was no need for a subsequent clarification tweet, Musk posted such a clarification promptly after speaking with ‘disclosure counsel’ and without any intervention by the SEC.”

One final counterpunch: Musk’s brief alleges that “the Order, as the SEC interprets it, would raise serious First Amendment issues and implicate other constitutional rights.”

In its most recent brief, the SEC dismissed Musk’s explanations for his failure to seek pre-approval of the tweet. “Initially, Musk explained that, while it had not been ‘individually pre-approved,’ he ‘believed that the substance had already been appropriately vetted, pre-approved, and publicly disseminated,’” it wrote.

Meant to say annualized production rate at end of 2019 probably around 500k, ie 10k cars/week. Deliveries for year still estimated to be about 400k.

After the SEC filed its initial motion seeking a contempt ruling, however, “Musk pivoted to a different explanation,” it added. “He now claims he did not seek pre-approval because he determined prior to publication that his tweet could not have reasonably contained material information. Musk’s contention—that the potential size of a car company’s production for the year could not reasonably be material—borders on the ridiculous. Musk’s shifting justifications suggest that there was never any good faith effort to comply with the Court’s order and the Tesla Policy. Rather, Musk has simply elected to ignore them.”

The SEC further builds upon its argument by citing other Musk-authored Twitter posts that it says bolster the case for contempt charges. These tweets by Musk include the following topics:

“Musk has chosen to disregard the pre-approval requirement altogether by claiming that the Court’s order and the Tesla Policy vested in him the exclusive authority to determine whether a tweet could have reasonably contained information material to Tesla or its shareholders. Musk, however, does not identify any language in the order or the Tesla Policy that grants him such discretion,” the SEC concluded. “Instead of submitting his tweets for pre-approval, Musk stated that he relies on Tesla counsel’s review of his tweets ‘upon publication’ to ensure that he is compliant with the order and the Policy. It strains credulity that Musk could believe in good faith that he is allowed to substitute post hoc review for the pre-approval requirement clearly set forth in the Court’s order. While Musk professes to take seriously his obligations to comply with the Court’s order and the Tesla Policy, his actions speak much more loudly: he has not diligently sought to comply with either.”

The SEC requested that the court hold Musk in contempt and “impose an appropriate remedy to ensure future compliance.”

While Musk and the Commission duke it out, public companies might want to closely scrutinize developments to help inform their own disclosure strategies and social media policies.

“The SEC’s action against Musk shows how important it is for public companies and their representatives to ensure that material public disclosures are complete and accurate, whether made over social media or by more traditional means,” says Marc Leaf, a corporate and securities partner with law firm Drinker Biddle, a former senior legal and policy adviser to the SEC.

“When it comes to disclosure about public companies—and registered funds—it is always dangerous to make statements about the future,” says Todd Cipperman, founding principal of Cipperman Compliance Services. “Many disclosure lawyers take the position that disclosure should only be made while looking in the rearview mirror. Once an executive makes a forward-looking statement, they must hedge with all the possibilities that could make that statement untrue. That type of clairvoyance is often difficult to achieve.”

“Business leaders should not exercise entrepreneurship in their public statements,” he adds. “It is not better to ask forgiveness rather than permission. Executives must understand that anything they say could be labeled as misleading by the regulators or plaintiffs’ lawyers. Assume the worst until the lawyers and compliance professionals approve the statement. C-Suite statements should enhance transparency, not tout the stock.”