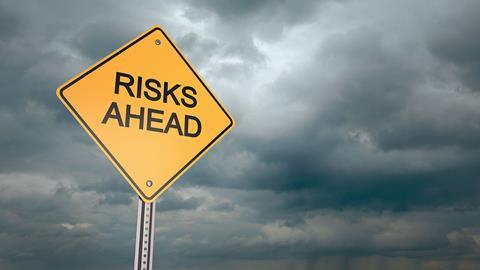 Insurance giant Allianz Global Corporate & Specialty’s (AGCS) latest report highlights five “megatrends” that will have significant risk implications for senior management in 2020 that should be of interest to compliance officers.

The first key risk outlined in the AGCS report, titled “Directors and Officers Insurance Insights 2020,” is that more litigation will come from “bad news” events that are unrelated to a company’s financial results. A key “bad news” event that has already resulted in a spate of unforeseen legal claims is the #metoo movement.

The insurer says it has already seen an increase in claims against companies arise from “event-driven” issues such as man-made disasters, environmental disasters, and product problems, and it expects to experience more in future. These can be potentially ruinous because event-driven litigation often results in aggregation issues, where multiple policies can be triggered. For example, one event could trigger both directors-and-officers (D&O) and either aviation, environmental, construction, product recall, or cyber-insurance policy claims. And the prevalence of such incidents—and payouts—should not be underestimated: AGCS says of the top 100 U.S. securities fraud settlements ever, 59 percent were event-driven.

Meanwhile, cyber-incidents represent another kind of event-driven risk that has resulted in a number of securities class actions, derivative actions and regulatory investigations, and fines against companies that have been victims of hacking or have suffered significant data losses. And as enforcement around the EU’s General Data Protection Regulation picks up, AGCS expects an acceleration of legal claims in 2020.

The second key risk area that is increasingly likely to result in litigation in the future revolves around the failure to disclose climate change risks, says the report. Climate change cases have already been brought in at least 28 countries around the world, with three-quarters of them being filed in the United States, and there are an increasing number of cases alleging companies have failed to adjust business practices in line with changing climate conditions. AGCS says companies will have to consider the impact of these when looking at strategy, governance, risk management, and financial reporting.

Another megatrend identified by AGCS is the increased risk of corporate insolvencies, potentially exacerbated by unusual political challenges (such as the United Kingdom and its Brexit negotiations), which could trigger D&O claims. Business insolvencies rose in 2018 by more than 10 percent year-over-year, and by the end of this year business failures are set to rise for the third consecutive year by more than 6 percent, with two out of three countries poised to post higher numbers of insolvencies than in 2018. AGCS says political challenges, including significant elections, Brexit, and trade wars, could create the need for better risk planning for boards, including revisiting currency strategy, merger and acquisition planning, and supply chain and sourcing decisions based on tariffs. Poor decision-making, on the other hand, could result in legal claims from stakeholders.

The fourth “megatrend” is the growth of securities class actions globally as legal environments evolve. The United States, Canada, and Australia still lead the field in terms of the number of class actions that take place: Indeed, the level of filing activity in the United States has been at record highs in recent years, with more than 400 filings in both 2017 and 2018—almost double the average number of the preceding two decades. However, other countries where collective address has either been low or practically non-existent are now beginning to take an interest in promoting it as a tool to hold companies to account. For example, the Netherlands, Germany, and the United Kingdom have shown increased activity in terms of collective redress in recent years, as have countries such as Saudi Arabia and Thailand.

Related to this, AGCS lists litigation funding as its fifth megatrend and says its growth is being fueled by investors searching for high returns. Many of the largest litigation funders have set up in Europe, and other areas are opening up, such as recent authorizations for litigation funding for arbitration cases in Singapore and Hong Kong. AGCS expects India and parts of the Middle East to be future hotspots, too.