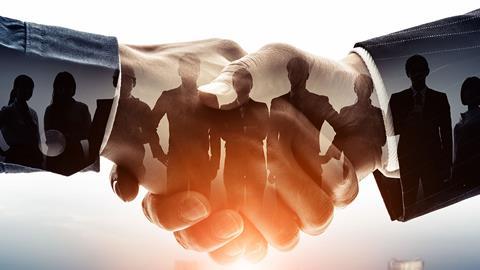 The coronavirus pandemic has forever altered both the risk landscape and the diligence protocols for merger and acquisition transactions, and at every stage—from deals that closed prior to, and during, the pandemic to those that are still pending to every deal in their wake. No matter what stage the transaction, however, compliance should always have a seat at the table.

At a macro level, M&A activity has declined on a global scale. According to a recent analysis by financial software company Dealogic, as of April 1, the first quarter of 2020 recorded $690.1 billion in volume and $5.7 billion in revenue, a 35.5 percent and 16.3 percent year-on-year decline, respectively, and the lowest first-quarter volume since 2013. Americas-targeted M&A volume saw the deepest year-on-year decline of 50 percent, Dealogic’s analysis found.

Despite being the epicenter of the pandemic, China remains an attractive hotspot to foreign investors, with the first quarter of 2020 bringing 67 China-inbound M&A deals, at a total of $9.4 billion in revenue. In contrast, China-outbound M&A “drastically fell” 54.6 percent year-on-year to $5.4 billion during this quarter, the lowest level since 2010, according to Dealogic.

Anecdotally, M&A legal experts say they, too, have observed a sharp drop in new transactions. “Generally, there has been a slowdown in activity and transactions due to the impact of the pandemic,” says Richard Brody, an M&A partner at Troutman Sanders. “It’s hard for companies to consummate acquisitions at this point in time.”

For many companies, the focus right now is on shoring up liquidity. “Most of my private-equity clients are almost entirely focused on ensuring that their portfolio companies have an adequate liquidity lifeline to get them through the pandemic,” says Nicholas Marchica, an M&A partner at Baker McKenzie. “That’s going to be their primary focus, I expect, into the summer, if not longer.”

Much of the hesitation has to do with fear of the unknown. Across all industries, M&A transactions on both the buyer and seller side must now be examined with a fine-tooth comb in the context of the pandemic.

“Companies are really struggling with the inability to predict—as we all are—how long this will go on and what the impact will be,” says Katie Sudol, a partner at Simpson Thacher. For companies in a pending M&A deal, the focus has been on evaluating the short- and long-term impact of COVID-19 on the target’s business and financial condition and reviewing the parties’ rights and remedies under the acquisition agreement, she says.

Under existing or pending transactions, it’s critical in this uncharted business environment for each party to assess its rights and contractual obligations, including the right to suspend performance or terminate the agreement—and both sides have a lot of skin in the game. From the sell side, “we’ve seen a lot of pushback regarding price negotiations,” says Christian Fabian, a partner at Mayer Brown. “On the buy side, there needs to be a compelling rationale for doing the deal.”

For a real-life case study on the sort of impact the pandemic is having on M&A transactions, companies don’t need to look any further than private-equity firm Sycamore Capital and its $525 million proposed majority stake in Victoria’s Secret. On April 22, Sycamore filed a lawsuit in Delaware Chancery Court against L Brands for refusing to renegotiate the purchase price of its subsidiary, Victoria’s Secret.

“If it’s a nine-inning baseball game, we’re in Inning 1 or 2 with how COVID-19 is ultimately going to impact the way we do deals and the way the diligence process unfolds.”

According to Sycamore’s complaint, by temporarily closing its U.S. stores, furloughing its employees, and failing to make April rent payments, Victoria’s Secret breached its pre-closing covenant to operate “in the ordinary course of business consistent with past practice,” breached multiple representations and warranties, and triggered the Material Adverse Change (MAC) clause, also often referred to as a Material Adverse Effect (MAE).

Such clauses primarily give buyers the right to terminate a transaction if an unforeseen event occurs that has a materially adverse impact on the target’s business. Whether to carve out events that impact entire industries, like a pandemic, is fact specific.

For example, in its counter-complaint, L Brands argued that both parties “agreed that Sycamore would bear the risk of any adverse impacts stemming from such a pandemic.” L Brands further argued that the deal’s specific terms expressly carved out “impacts resulting from pandemics” and that it was “completely transparent and forthcoming” with Sycamore about its planned steps in response to the pandemic.

Sycamore and L Brands’ high-profile legal battle is notable, because it’s indicative of how both buyers and sellers may need to modify their purchase agreement terms moving forward to reflect the current business environment. In a client alert, Duff & Phelps offered some suggestions for key areas of consideration as they apply to MACs.

Irrespective of whether the party is assessing the ability to invoke a MAC/MAE or preparing to contest one in light of the pandemic, Duff & Phelps recommended that the following quantitative analyses should be performed:

There should also be carveouts for actions required in response to pandemic-related compliance obligations. “It’s something we are already seeing in M&A deals and something sellers are going to have to take into account going forward,” Marchica says, adding that when M&A activity eventually kicks back up, it’s likely to be a buyer’s market. “I expect that buyers will get a little bit more conditionality in deals going forward and perhaps get better terms.”

Other high-profile deals that were in the works prior to the pandemic have ended on more amicable terms. On March 13, Xerox announced it was ending its hostile bid to buy Hewlett-Packard. “In light of the escalating COVID-19 pandemic, Xerox needs to prioritize the health and safety of its employees, customers, partners, and affiliates over and above all other considerations, including its proposal to acquire HP,” said Xerox Chief Executive Officer John Visentin.

In another example, Mylan and Pfizer jointly announced on March 26 that the megamerger between Mylan and Upjohn, a division of Pfizer, has been put on hold “due to the unprecedented circumstances surrounding the COVID-19 pandemic, including associated delays in the regulatory review process.” The proposed transaction is now anticipated to close in the second half of 2020.

Compliance and due diligence

While the pandemic certainly will affect the negotiation terms of M&A transactions, what should be non-negotiable is the compliance function’s role in an M&A transaction on both the buy-side and sell-side. “Compliance should have a seat at the table very early on,” Fabian says.

Specifically, the compliance function can—and should—assist in conducting enhanced due diligence to assess the target company’s compliance risk profile and uncover any red flags. “In terms of diligence, they’ll want to find out as much as they can about the impact of the pandemic on the target’s operations, on the employees, on suppliers to the business, on key customers,” Brody says.

From a practical standpoint, the pandemic has even changed the way due diligence must be done. There are no substitutes for visiting facilities or having face-to-face meetings, Fabian says. “That is one area where folks are really having to adapt,” he says.

Supply chain risk is another area in need of enhanced due diligence, particularly during a pandemic on account of its current implications on inventory availability, revenues, and operations. Buyers will want to understand whether any of the target company’s suppliers have declared force majeure under existing material contracts, for example.

If so, as part of the diligence process, buyers should assess whether the target company can obtain alternative sources of supply; the costs associated with those alternate sources; and to what extent the target company’s supplies can meet present needs. Whether the seller is overly dependent on suppliers in certain regions hard hit by the pandemic is another diligence consideration.

To be sure, the ripple effect from the pandemic on the M&A space is likely to last for some time for buyers and sellers concerning timing, outcome, and negotiation strategies of both pending and future M&A transactions. “If it’s a nine-inning baseball game, we’re in Inning 1 or 2 with how COVID-19 is ultimately going to impact the way we do deals and the way the diligence process unfolds,” says Eric Swedenburg, an M&A partner at Simpson Thacher. While the exact lasting effects are anybody’s guess, says Swedenburg, “there will likely be some kind of change in the overall diligence and M&A process.”