2
Robert Barrington: A world without graft

Robert Barrington: A world without graft

Robert Barrington is an authority on global corruption, corporate bribery, and corruption within the United Kingdom, and he heads the U.K.’s branch of Transparency International, the world’s leading anti-corruption organization, with chapters in over 100 countries.

His work was instrumental in the passage of the U.K. Bribery Act, and he regularly advises U.K. government departments on anti-corruption programs, as well as publishes regularly on corruption trends, such as corrupt capital in London. Barrington also has a degree from Oxford University, where he also held a three-year Visiting Fellowship, and a Ph.D from the European University Institute.

For those who may not be familiar with Transparency International (TI), please tell me a little about the organization and its purpose.

We are a global anti-corruption not-for-profit organization, and we have chapters in 100 countries. I run the chapter in the United Kingdom, with around 40 staff, and we focus on issues such as money laundering, political corruption, the private sector, and certain global industries like defense and pharmaceuticals. 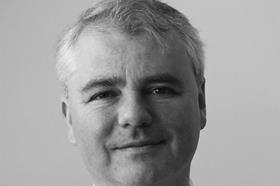 What did you do prior to joining TI? How did you come to join the organization?

I worked in the financial services industry for a company that was a corporate member of TI. I encountered issues around corruption and money laundering and was interested in finding a sensible, pragmatic organization that seemed to be looking at those issues in a way that was hard-hitting, but not anti-corporate. I liked what TI did and thought they’d be interesting to work for.

When did you join TI?

I joined TI in 2008 as the director of external affairs. That was what brought me in to the Bribery Act campaign. Three years ago, I was appointed as executive director.

Tell me about your roles and responsibilities as an executive director.

As head of a TI chapter, you’re responsible for making Transparency International the go-to organization in the country in which you operate, for trying to establish very high standards of integrity in both the public and the private sector and for being an ambassador for the anti-corruption cause.

It was a 10-year campaign. I was part of the team for the last two or three years of it. During that time, the Law Commission had proposed some legislation, and it was our job to make sure it got turned into a bill, went through Parliament, and got accepted into law. It was a very pressing timeframe and there was some fierce opposition. The Bribery Act was passed on the very last day before Parliament was dissolved, and there was a general election. It almost failed.

So, then, what role did TI play in helping to pass the anti-bribery law?

It was a very typical TI approach, using high-quality research backed up by strategic advocacy. We made the case very strongly and were able to show, first of all, what impact bribery had overseas, and why that was so devastating for the countries where it happens. Secondly, we were able to show how these kinds of anti-corruption concepts could be incorporated into legislation. Those who opposed the bill, for example, argued on the grounds that “you can’t have definitions of bribery that can easily be incorporated into the law.” By doing thorough research and publishing a draft bill ourselves, we were able to overcome some of those conceptual difficulties. We also built a very effective alliance of lawyers, companies, civil society, and members of parliament, who were strongly supportive. But perhaps the most effective strategy was that we took on all the opposition’s arguments and defeated them one by one through using good research, good case studies, and legal precedent. It was a triumph of rational argument and responsible law-making over ignorance and bigotry.

How have anti-corruption efforts in the United Kingdom evolved since you joined TI in 2008?

In the United Kingdom, particularly, there has been a real transformation in terms of political will. Certainly, one of the reasons the United Kingdom needed the Bribery Act was because the country was not living up to its international obligations under the OECD Anti-Bribery Convention, and that was really because the political will wasn’t there. There was a sense that it would disadvantage British businesses if they were prosecuted for bribery, and so it would be inconvenient to have a strong anti-bribery law. But that has change—and genuinely changed. I think when you look at money laundering or overseas bribery or domestic corruption within the United Kingdom, there is a much greater sense of political will to tackle it.

As a result, what we therefore see is legislation such as the Bribery Act and introduction of deferred prosecution agreements in the United Kingdom., following the U.S. model. That combination of political will and legislative changes have been quite powerful.

It has really led to a change in corporate behavior, a real tightening up of corporate anti-corruption systems, mainly as a result of the legislation, and by extension a much greater awareness among companies about what corruption is and the impact it can have on the company.

But the United Kingdom is still very far from perfect and needs to do a lot more to get its own house in order. It’s really important to keep up the awareness and the pressure and for enforcement to be done properly.

What is the most rewarding part of your job?

The reward is feeling like you’re genuinely making a change in reducing corruption around the world. The Bribery Act is an example; that was a very necessary piece of legislation that the United Kingdom didn’t have. It certainly has contributed to U.K. companies paying fewer bribes and, therefore, better outcomes for people in the countries in which corporate bribes were being paid. That’s incredibly satisfying to be part of those things.

What are some of TI’s current, as well as future, efforts?

There are a few recurring themes. One, particularly for the business community, we are really determined that there should be a level playing field across the world for businesses that operate with integrity. It isn’t the case at the moment. It’s really important that U.K., U.S., and other companies are not disadvantaged because their local authorities are the only ones prepared to act against bribery. So one of the things we do as a chapter, with other TI chapters, is to try and press hard for greater enforcement of the OECD Anti-Bribery Convention.

Also, we’ve been looking very strongly at the role of third parties in bribe paying. In fact, we are just about to produce guidance jointly with our chapter in the United States about principles and guidance for dealing with third parties. We are also starting a new campaign to introduce Unexplained Wealth Orders, which is similar to our Bribery Act campaign but focused on corrupt capital flows and how the proceeds of overseas corruption are invested in the United Kingdom.

Finally, we have been looking quite intently, and will continue to do so, at the issue of political engagement by companies—how they lobby, how they make political donations, and so on. We think, to some extent, that’s the next big corruption issue that companies will be facing after bribery.

What lessons have you learned throughout your career that you would like to share with others in the quest to fight bribery and corruption?

The first would be that this is a very long-term endeavor. Corruption is going to continue in human existence; you can never eradicate it; you can really make a difference in improving it, but it takes a long time and it’s a continued effort.

Where companies are concerned, the mentality is often that bribery and corruption is something that’s done to companies, that companies are themselves the victim of corruption. I think it’s time for companies to be on the front foot, to be saying to governments that run corrupt economies, “this is not the kind of place where we want to do business,” and “you’re going to get much more investment if we are able to do business in a clean economy.” So businesses need to be a bit bolder in their voice about why corruption is bad for business and how countries and economies will benefit if they clean themselves up.