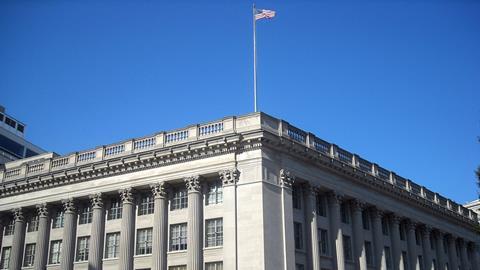 Add another influential voice to the debate over eliminating quarterly reporting demands: the U.S. Chamber of Commerce.

While it may seem a cornerstone of public filings, quarterly 10-Q financial statements have only been a Securities and Exchange requirement since 1970. There is now a push to turn back the clock and rethink the practice amid concerns that a standard reporting timetable encourages short-term thinking by investors and company management.

The catalyst for those discussions—as it often is these days—was a tweet by President Trump. On August 18, he wrote: “In speaking with some of the world’s top business leaders I asked what it is that would make business (jobs) even better in the U.S. ‘Stop quarterly reporting & go to a six-month system,’ said one. That would allow greater flexibility & save money. I have asked the SEC to study!”

In speaking with some of the world’s top business leaders I asked what it is that would make business (jobs) even better in the U.S. “Stop quarterly reporting & go to a six month system,” said one. That would allow greater flexibility & save money. I have asked the SEC to study!

For the most part, discussions about moving quarterly reporting in the United States to a biannual requirement have been high-level and academic. Nevertheless, there are indications that the concept is, at the very least, earning some consideration by SEC.

Responding to an SEC call for public comments, the U.S. Chamber of Commerce’s Center for Capital Markets Competitiveness connected the proposal for ongoing disclosure reform efforts by the Commission.

“The Chamber once again commends the Commission for its ongoing commitment to review existing regulations that impact capital formation in the United States,” wrote Tom Quaadman, the Center’s executive vice president. “As we have noted in the past, this issue is especially important in light of the declining number of public companies—in the past 20 years, the number of U.S. public companies has been cut in half.”

Critics of quarterly reporting note the attendant cost and compliance burden, as well as the distraction to management and incentives for management to focus on short-term results at the expense of greater long-term value creation. Semi-annual reporting would allow more time for financial and management teams to focus on value-adding projects and initiatives. It would also free up two additional months (April and October) for companies to complete statutory reporting related to foreign subsidiaries and to engage with investors.

Ultimately, the demands of quarterly reporting “undoubtedly discourages” some companies from going public and “may cause others to engage in sub-optimal decision making such as postponing important strategic objectives,” Quaadman wrote.

“There are a number of features common to all earnings releases,” he explained. The typical earnings release includes important financial information that is repeated in the Form 10-Q. It also includes a narrative description of the prior quarter, covering much of the same ground as what the MD&A in Form 10-Q and Form 10-K requires. Material events, including significant litigation or recent M&A activity, also frequently receive coverage.

While a growing number of public companies file Form 10-Q on the same day they report earnings under Item 2.02 of Form 8-K, “many others still defer the Form 10-Q filing for many days until after the earnings release. For investors at such companies, the Form 10-Q is something of an afterthought,” he added.

As for the substance of these filings, Quaadman views assembling a Form 10-Q as “an arduous task, even at the largest public companies.”

“Time and attention of senior management and the board of directors that could be devoted to other pursuits are instead diverted to the preparation and review of the filing,” he wrote. “The end product of the Form 10-Q is a lengthy document that often repeats information previously disclosed in prior reports or in the earnings release. Considering that earnings releases are focused on more by analysts and investors, there could be an opportunity to streamline and simplify disclosures in the Forms 10- Q, particularly those that are repeated each quarter.”

“Even if such flexibility were granted to all issuers, we would still expect many large- and mid-cap public companies would continue earnings releases and file Item 2.02 Forms 8-K,” Quaadman wrote. “Indeed, we suspect many issuers would elect to continue filing [both items] on a quarterly basis in much the same way they currently do. Similarly, some companies may consider the potential impact on liquidity of their stocks and elect to continue reporting quarterly on Form 10-Q.”

Nevertheless, he urged the SEC to examine ways to streamline and simplify disclosures in the Form 10-Q, particularly disclosures that are repeated each quarter. He stressed that any effort at improving the efficiency of periodic reporting should consider not just what is disclosed, but how information is presented and delivered to investors.

Quaadman urged reconsideration and further exploration of a concept that arose during a past disclosure review initiative:  a centralized “company file” to replace the current process for delivering investor information. Under this type of system, after providing baseline disclosure companies would not be required to repeat prior disclosures on a regular basis as they do under the current regime but would instead only be required to discuss additional developments that are material.

“A variation of the company file concept would be to allow companies to satisfy certain disclosure obligations—such as those describing the business, the management team, and the board—by cross-referencing the company’s Website,” he wrote. “Disclosure effected in this manner would make it easier for investors to identify the most current material information about a company without having to wade through reams of historical information to ferret out what is most relevant … Rather than flipping manually through a series of filings to find relevant information, everything would be available in a single integrated report at a central location.”

With developments in technology, such as blockchain and distributed ledger technology, “the idea that one day companies can operate in a real-time reporting construct is no longer a remote possibility,” he added. “Our 1930s disclosure regime should finally begin to function more like one for 2020.”