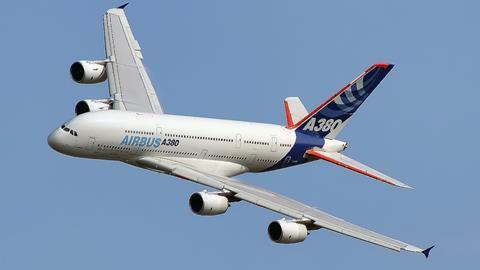 Following its record-breaking $4 billion fine and leniency deal with anti-corruption agencies in France, the United States, and the United Kingdom, airplane maker Airbus can now go about its business without the threat of a criminal conviction hanging over its head.

However, the same can’t be said of any of Airbus’ executives or other employees that might have been involved in the schemes to bribe contractors and government officials, which the U.K.’s Serious Fraud Office (SFO) has said are still under investigation and are open to prosecution.

Nor can those companies that had contracts with Airbus rest easy that they will be immune from questions, investigations, and potential prosecutions—particularly those that were named in the SFO’s “Statement of Facts” that was released at the same time as the deferred prosecution agreement (DPA).

Trouble ahead for Airbus partners?

Companies based in Malaysia, Taiwan, Sri Lanka, South Korea, China, Indonesia, Nepal, and Russia have all been implicated in Airbus’s shady dealings, and the fallout from the company’s DPA has already been immediate and global.

Malaysia’s AirAsia was the first company to feel the heat. In the evidence the SFO released on Jan. 31, the agency said that individuals associated with Airbus were found to have paid bribes to secure deals with AirAsia and its long-haul arm AirAsia X. They included a $50 million sponsorship for a “sports team” that was jointly owned by two unnamed executives at the Malaysian carrier but that was “legally unrelated to AirAsia and AirAsia X”.

The SFO also said that 180 of the 406 Airbus aircraft ordered by the two airlines between 2005 and 2014 were “secured by way of improper payments, and the offer of a further improper payment.”

Elsewhere, Sri Lankan President Gotabaya Rajapaksa has ordered an investigation after the SFO reported that Airbus had hired the wife of a SriLankan Airlines executive as its intermediary in connection with aircraft negotiations.

In a statement, SriLankan Airlines said that the chairman and the board had “directed management to cooperate fully with any governmental agency in the event of any investigation/prosecution.”

Lessons for other organizations from the Airbus DPA

The high-profile cases relating to Airbus and Rolls-Royce mean that U.K. companies doing business overseas are becoming acutely aware of the need to impose stricter standards on their sub-contractors overseas, as well as on their overseas staff and subsidiaries. They know that, under the U.K. Bribery Act, if they fail to take “adequate measures” to prevent bribery by “connected persons” overseas, companies with a U.K. foothold—either registered in the United Kingdom, or with offices there, for example—can themselves be held liable.

As a result, says Bambos Tsiattalou, founding partner of Stokoe Partnership Solicitors, overseas contractors can therefore now expect to be subjected to significant risk analysis and due diligence in terms of bribery and corruption before they are engaged by major U.K. companies, or before their contracts are renewed. They will also need to ensure that they have strong evidence of high anti-corruption standards, robust internal policies, and adequate training on anti-corruption measures.

As a result, says Tsiattalou, companies doing business overseas should:

1. Ensure that their commercial agreements with overseas contractors place meaningful contractual requirements on them in terms of anti-corruption standards, policies, and measures. These requirements should include auditing provisions to enable independent monitoring of accounts;

2. Consider requiring contractors to give warranties that they have procedures to prevent corruption and bribery, that their accounts are accurate and comprehensive, and that they undertake due diligence to ensure the integrity of their staff. Ask for assurances that neither they nor any connected person has been convicted of a bribery-related offence or is under investigation for one;

3. Consider contractually obliging contractors to provide anti-corruption training to their staff. This may be particularly relevant in parts of the world where bribery is more commonplace and therefore more widely accepted; and

4. Subject overseas contractors to ongoing contractual requirements to disclose any new corruption-related incidents, as well as to undertake their own due diligence in terms of anti-corruption on all their own subcontractors and agents.

Indonesia’s anti-corruption agency, the Corruption Eradication Commission, announced on Feb. 7 that it plans to use the information released as part of the DPA to aid the prosecution of two individuals who are currently awaiting trial for bribery charges relating to Garuda International airline—Emirsyah Satar, Garuda’s former CEO, and Soetikno Soedarjo, the owner of a contractor firm that allegedly paid bribes to Satar to win business—and the investigation into a suspect known only as “HDS” who served as the company’s technical director between 2007 and 2012 (and who is also being investigated in relation to Rolls-Royce’s previous bribery admissions).

In Ghana, President Nana Akufo-Addo’s office has said that the government would “conduct a prompt inquiry to determine the complicity or otherwise of any Ghanaian government official, past or present.” The SFO says that Airbus made payments worth millions of euros over a six-year period to a relative of a government official in connection with the purchase of military transport planes. According to the SFO, the agent had no aerospace experience.

Meanwhile, Kuwait’s anti-corruption authority, Nazaha, says it will be investigating allegations of bribes in relation to securing Airbus orders involving unnamed Kuwaiti parties, while Latheefa Koya, chief commissioner of the Malaysian Anti-Corruption Commission, has also confirmed that the agency is investigating.

In Colombia, airline Avianca has said it has hired a law firm to investigate its relationship with Airbus and determine whether it had been a victim of wrongdoing after French prosecutors, the Parquet National Financier (PNF), said in settlement documents that Airbus had agreed to pay multi-million dollar commissions to an agent over jet sales to Avianca, some of which were earmarked for a senior executive at the airline’s parent, Avianca Holdings (the payments were never made, however, due to a freeze on agent commissions as a result of Airbus tightening its processes in 2014).

Other companies named in the French prosecutor’s statement of facts include Air Arabia; China Aviation Co-operation Fund; Korean Air; Nepal Airlines; Taiwan China Airlines; Russian Satellites Communications Company; and Arabsat. In each case, the PNF considers that there is evidence to suggest that an offense of bribery of a foreign public official, as provided by Article 435-3 of the French Criminal Code, took place.

So far, these companies have said little—if anything—about the revelations or their relationships with Airbus, or what steps they might take to either review whether they received bribes, or if their compliance programs are capable of detecting such behavior.

There is no doubt that the Airbus settlement—which involved giving investigators all the information they could on the corrupt activities that the company, its contractors, third parties and any individuals were party to—has caused waves. But lawyers are uncertain whether it will result in more corporate or executive punishments, particularly by the SFO.

Firstly, for a company to be prosecuted under the U.K. Bribery Act, the company needs to have a “link back” to the United Kingdom—such as being a British registered company or having a U.K.-based office. If not, taking a case forward depends on the appetite of the company’s or individual’s local anti-corruption agency to do so, and in many developing countries—where companies like Airbus are active—the appetite to do so is low.

Natalie Sherborn, partner in the business crime team at law firm Pinsent Masons, says that “it can be tremendously difficult for anti-bribery agencies to investigate and win these kinds of cases. The SFO is able to name those it believes were complicit, but it does not mean that they will ever be prosecuted: The SFO can only prosecute in cases where the third party has sufficient nexus to the U.K. to enable the extra-territorial reach of the Bribery Act to bite.”

In reality, says Sherborn, the reputational damage posed by being named by the SFO in connection with a bribery case of this scale “may be the closest any of these companies or third parties come to taking a financial hit because of their activities.”

Nicolas Brooke, partner at law firm Signature Litigation’s Paris office, also believes that despite being named, one should not automatically expect that any of the companies or individuals named will be prosecuted or found guilty.

“Even if the Airbus settlement creates an unhelpful record for other parties involved in the facts, they are not bound by the settlement and all conceivable factual and legal defenses remain available to them,” says Brooke.

“The most obvious defense strategy will presumably consist of showing that any commissions paid were in exchange for genuine services, tracing the funds, and so on. For corporate defendants, showing that a proper compliance program was in place will clearly be a plus,” he adds.

Brooke also points out that while individuals named in the SFO’s statement of facts may well be brought to justice in the future, “past cases have shown that the prosecution of individuals has not always been a success after the conclusion of a DPA, even in significant matters.” Many other lawyers have also raised the fact that the SFO has a “zero strike” record in sending anyone to jail after a DPA deal is done.

For example, says Brooke, no charges have been brought so far in the wake of the Rolls-Royce DPA in the United Kingdom from 2017, or the 2018 Société Générale bribery case in France over LIBOR-rate fixing and bribing Libyan officials. Meanwhile, the individuals prosecuted in connection with the Tesco accounting fraud case were acquitted in 2019—despite full cooperation by the company in helping the prosecution case.

The lack of success, says Brooke, “can be explained partly by the prosecutorial authorities’ lack of resources, but also by the fact that far stronger procedural safeguards are available to suspects if they are brought to trial.”

While the SFO may be celebrating its seventh DPA in the seven years since it was introduced, any sense of jubilation may be premature. Until the agency manages to convict an individual for the bribery and corruption that the corporation has owned up to, companies may feel that they can commit crimes and get away with them.