Fostering a culture of ethics and integrity is not an easy feat for any company, but such a task can be even more daunting during times of great change and uncertainty, when the need to amplify ethical leadership is needed most.

Faced with a dynamic and changing environment, few individuals have been as instrumental in achieving significant enhancements in the ethics and compliance space as Brian Beeghly, co-founder and chief executive officer of Informed360 and former vice president of compliance at Johnson Controls.

In January 2017, Beeghly left Johnson Controls and formed a new company, Informed360, which is building a comprehensive technology solution to help ethics and compliance officers better manage their corporate compliance programs, but not before transforming Johnson Controls’ ethics and compliance program, itself, in a significant way. Among his many achievements, Beeghly has been credited with developing and implementing an innovative Ethical Leadership Model to bridge the critical link between culture and behavior by focusing on the importance of personal integrity, role modeling, and leadership accountability. 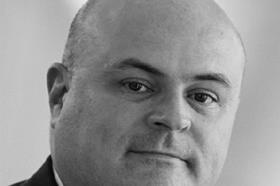 Quote: “To be effective, a big emphasis of ethical leadership needs to be on rewarding people for doing the right thing, which is something companies tend to fail to do.”

“Going through that process with the ethics and compliance team helped build trust and teamwork,” Beeghly says. “It also put a formal structure in place so that we could start to evaluate the elements of the program both independently and as a combined whole.”

What that process ultimately revealed is that “we understood and were making significant investments in every element,” he says. “However, we recognized that we needed to put more focus and attention on leadership and culture, because of its importance to the company and to the other program elements.”

“Like most companies, we had a hotline. We had training. We felt comfortable about our policies and procedures, risk-management processes, and third-party due diligence,” Beeghly explains. “Where we really wanted to better understand and leverage our program was around leadership and culture—what many companies refer to as tone-at-the-top.”

The need to elevate ethical leadership came at a time when the company was conducting an internal investigation into potential violations of the Foreign Corrupt Practices Act concerning its marine business in China dating back to 2007. In June 2013—just four months prior to Beeghly assuming his new role as vice president of compliance—Johnson Controls self-reported to the U.S. government a potential FCPA violation, the company said in a Form 10-Q filing with the SEC.

Johnson Controls ultimately resolved the matter by receiving a declination from the Department of Justice and reaching a $14.4 million settlement with the SEC in July 2016. Both agencies credited the company with its voluntary disclosure, thorough investigation, full cooperation, remediation, and additional enhancements to the company’s internal accounting controls and compliance program.

In conversation, Beeghly speaks about the lessons learned. His message: “Going through lots of change and uncertainty was the right time for really doubling down in the areas of leadership and culture.”

To better understand leadership and culture, the process involved spending “a fair amount of time digging into the academic literature and research into culture, ecosystems, behavioral psychology, and leadership.” In particular, the ethics and compliance team relied heavily on the research by Dr. Linda Trevino at Penn State University and other research conducted by the members of EthicalSystems.org.

Beeghly explains that one of the biggest underpinnings of the Ethical Leadership Model is the distinction between formal systems and informal systems. The former is all the formal structures a company puts in place to create a corporate culture and to guide employee behavior—a company’s mission, vision, values, policies, and procedures, for example.

Informal systems, on the other hand, are local, cultural ecosystems that are more nuanced and “heavily dictated and influenced by the immediate management and the peers within that working group,” he says. Informal systems include local customs and business practices, history, and culture.

“Companies today spend a significant amount of time and resources on building and maintaining their formal systems,” Beeghly says. And clearly the elements of a formal system are important and necessary. “They define the corporate culture and help guide employees and the organization.”

In building the Ethical Leadership Model, one of the guiding principles of the compliance team was not to create anything new, Beeghly says. Instead, the goal was to embed ethical leadership messaging and activities into existing processes, business activities, and training.

That’s a model that other ethics and compliance professionals can adopt, as well. “The idea is to piggyback off the existing formal systems within an organization to embed ethical leadership into the informal systems, Beeghly says.

To build the Ethical Leadership Model and bridge the critical link between culture and behavior, Beeghly created an internal leadership development model that focused on three major components of ethical leadership:

The objective with the Ethical Leadership Model is twofold: “First, create a ‘pull’ versus ‘push’ model for ethical behavior and compliance with a company’s values and policies,” he says. “Second, bring the formal and informal cultural systems within an organization into closer alignment, thereby reducing the potential for misconduct.”

“To be effective, a big emphasis of ethical leadership needs to be on rewarding people for doing the right thing, which is something companies tend to fail to do,” Beeghly says. “We’re very good at punishing people when they screw up, but we don’t do as good of a job as recognizing people when they make the right decision.”

At a high-level, the aim is to embed the concept of ethical leadership at the point of normal business activities. Thus, when employees are engaging in different business activities, living the values of the company becomes a natural part of doing their job, he says.

After seven years with the company, Beeghly is now moving on to his newest endeavor, as co-founder and CEO of Informed360, a technology company that provides comprehensive technology solutions to support effective ethics and compliance programs.

In his compliance role, Beeghly said the one thing he was struck by across many organizations was “the amount of time and resources being expensed by the compliance team and, more importantly, by employees and business leaders when interfacing with the compliance program through multiple technologies and channels.”

Beeghly described it as “death by a thousand cuts,” a matrix of Word Docs, Excel spreadsheets, in-house systems, and lots of external systems for a one-off solution—such as for policy management or conflict-of-interest disclosure. That’s a major burden for compliance officers, who are constantly having to turn to multiple data points to identify emerging risks or developing trends, or in evaluating the effectiveness of the compliance program itself.