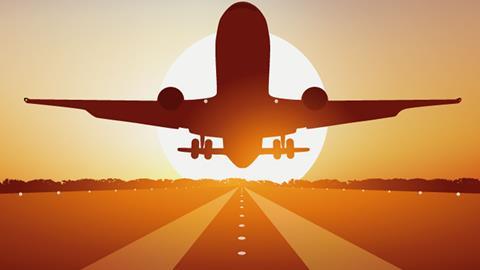 Export Development Canada (EDC), Canada’s export credit agency and a state-owned enterprise wholly owned by the Government of Canada, announced it has completed its independent review of Bombardier’s compliance policies and procedures, concluding the Canadian multinational aerospace and transportation company is progressing toward a best-in-class ethics and compliance program.

The EDC first initiated the review of Bombardier on Aug. 1, 2019, following leaked preliminary findings from the World Bank’s ongoing investigation into Bombardier Transportation’s 2013 contract with Azerbaijan Railways. As Compliance Week previously reported, a March 2017 report by the Organized Crime and Corruption Reporting Project—a consortium of non-profit investigative centers and media outlets around the globe—alleged Bombardier Transportation paid “millions of dollars in bribes to unidentified Azerbaijani officials through a shadowy company registered in the United Kingdom.”

The EDC said while it wasn’t involved in the transaction under investigation, it was “concerned about the allegations” made in media reports. The EDC’s review, which was conducted with Bombardier’s cooperation and supported by an independent assessment by law firm McCarthy Tétrault, examined Bombardier’s compliance and ethics policies, as well as information the company provided regarding its procedures, controls, and training programs.

“As an important aerospace and transportation company that supports hundreds of supplier companies across the country and thousands of Canadian jobs, Bombardier has been a long-time customer of EDC,” said EDC Executive Vice President and Chief Business Officer Carl Burlock. “We take our mandate to support Canadian exporters as well as our commitments to responsible business seriously, which is why we supported this review.”

“It was important for us to assess Bombardier’s compliance and ethics system as it stands today,” Burlock added. “The review has demonstrated to us that the company is moving in the right direction and is working towards having a best-in-class program.”

Specifically, Bombardier in 2019 developed new company-wide compliance and ethics policies that are “benchmarked to world standards, which are in the process of being implemented by procedures, processes, and training for employees within all business units,” the EDC said. “Additionally, Bombardier has been building its compliance and ethics team, allocating significant financial resources and hiring additional personnel to support the implementation of the new policies and related activities. The company is also currently undertaking an enterprise-wide compliance risk assessment and has committed to addressing any identified gaps.”

“With its recent investments and actions, it’s clear that Bombardier recognizes the importance of having a strong compliance and ethics program to help identify and manage risks.”

The EDC said the “most significant area for improvement” identified by its independent review was “the need for Bombardier to strengthen the oversight role of its compliance function.” Both the EDC and Bombardier intend to have regular engagements as the company makes these improvements.

“International trade is a bedrock of our economy and takes Canadian companies, and by extension EDC, to challenging business environments around the world,” Burlock said. “With its recent investments and actions, it’s clear that Bombardier recognizes the importance of having a strong compliance and ethics program to help identify and manage risks.”

Completion of the EDC review comes at a transformative time for Bombardier. On Monday, the company announced it is selling off its Bombardier Transportation business to Alstom as part of a “strategic decision to focus exclusively on business aviation.”

In a statement announcing the acquisition, Alstom Chairman and CEO Henri Poupart-Lafarge said, “Bombardier Transportation will bring to Alstom complementary geographical presence and industrial footprint in growing markets, as well as additional technological platforms. It will significantly increase our innovation capabilities to lead smart and green innovation.”