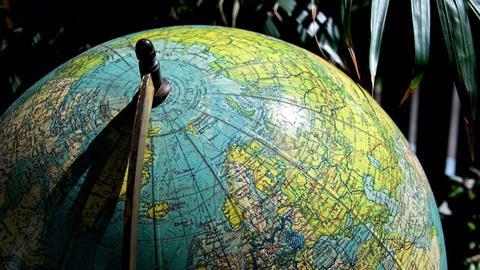 Global Slavery Index: U.S. has most at-risk imports among G20

Developed by the Walk Free Foundation, research in the 2018 Global Slavery Index assessed countries not only on their level of vulnerability and response by government, but also where products commonly produced through modern slavery are sold and consumed, with a specific focus on the G20 countries. Compliance and risk officers can use the index to refine how they assess modern slavery risk in their own operations and supply chain.

Globally, the index revealed that imports are a key driver of modern slavery, with the United States being the biggest importer among G20 nations of products at risk of being produced through forced labor. The $144 billion a year of at-risk products being imported into the United States is more than three times that of the second-largest G20 importer, Japan ($47 billion), followed by Germany ($30 billion), the United Kingdom ($18 billion), and France ($16 billion).

By product type, the top five at-risk products imported into the G20 countries—a total of $354 billion in products—are electronics (laptops, computers, and mobile phones); garments; fish; cocoa; and sugarcane. Walk Free said it came up with this list by creating a shortlist of the 15 products that appeared most frequently in the 2016 U.S. Department of Labor list of goods produced by forced labor or child labor. It then identified the top five products with the highest dollar value of imports.

In the United States, specifically, the top five imported products at risk of being produced through modern slavery are electronics; garments; fish; cocoa; and timber. China, by far, supplies the largest source of at-risk goods to the United States, which imports a total of $122 billion in electronics and clothing from the country. Vietnam was the second largest exporter of at-risk products to the U.S. ($11.2 billion), followed by India at $3.8 billion. Other countries that export at-risk products to the United States are Argentina, Brazil, Ghana, Ivory Coast, Japan, Malaysia, Russia, Peru, South Korea, Taiwan, and Thailand.

Outside the United States, the types of at-risk imports in other countries varied significantly—from electronics to natural resources (timber, coal, gold, and diamonds), food items (cocoa, fish, nuts, and rice), and cattle. In South Korea, France, Germany, and Japan, the top five imported products at risk of being produced through modern slavery are the same as the United States.

The current gold standard for modern slavery reporting—at least, on paper—is the U.K.’s Modern Slavery Act, which requires that companies doing business in the United Kingdom, with annual global revenue of £36 million (U.S. $47.2 million) or more, publish an annual slavery and human trafficking statement setting out what efforts (if any) they are making toward eradicating slavery and human trafficking in their operations and supply chain.

But such stringent requirements may soon be surpassed by the Australian government, whose proposed Australian Modern Slavery Act—expected to be passed by Parliament before the end of the year—would, in some ways, go beyond the U.K.’s Modern Slavery Act by including a publicly accessible central repository of companies’ modern slavery statements. “A central repository is one of three key priorities Walk Free called for in the development of Australia’s Modern Slavery Act, as it will strengthen the effectiveness of reporting laws by monitoring companies’ compliance and progress,” Walk Free Chief Executive Jenn Morris said.

Beyond countries implementing reporting requirements, the index identified 10 countries’ governments who, overall, are leading the way in their efforts to eradicate modern slavery. These countries are the Netherlands, United States, United Kingdom, Sweden, Belgium, Croatia, Spain, Norway, Portugal, and Montenegro.

On the flip side, the top 10 governments that show the weakest response—and, thus, those that pose the highest risk for modern slavery—are North Korea; Libya; Eritrea; Central African Republic; Iran; Equatorial Guinea; Burundi; Republic of the Congo; Sudan; and Mauritania. “Most of these countries are marked by conflict with breakdowns in rule of law, displacement, and a lack of physical security,” the index states. Three of the countries—North Korea, Eritrea, and Burundi—have state-imposed forced labor.

Below are some steps companies can take to help eradicate human trafficking, forced labor, and other types of modern slavery from their supply chain.

Products at risk of forced labour

*In the case of the maritime fishing industry, countries in this list refer to flag states, i.e., countries where a vessel is registered. Ghana fishing risk relates to inland fisheries (mainly Lake Volta).

Map your supply chain. This means identifying not just your suppliers, but your suppliers’ suppliers. Many leading companies are taking a data-driven approach to identify their high-risk suppliers to better tailor their limited compliance resources, says Chris Laws, head of product development for compliance and supply at Dun & Bradstreet.

A data provider like Dun & Bradstreet, for example, can take a company’s initial list of suppliers and bump that up against a resource like the Global Slavery Index or D&B’s Human Trafficking Risk Index to prioritize which operations in which countries need more attention versus those in low-risk countries. Or it can take a government list like the Labor Department’s list of goods produced by forced labor and compare it against what high-risk goods the company produces.

Be familiar with areas where modern slavery commonly lurks. Some red flags to watch for include employees working in remote locations; employees performing low-skill work; or work carried out by people more vulnerable to abuse, such as migrant workers. “The business needs to sit down and think about those sorts of factors and where its risks are,” says Marilyn Croser, director of the CORE Coalition, a U.K. civil society network of NGOs, academics, trade unions, and legal experts working to advance the protection of human rights.

Have a policy for assessing suppliers. More companies as a best practice are increasingly focusing on environmental, social, and governance issues, Laws says. From a modern slavery perspective, that means looking at what types of goods the supplier is supplying; what country they’re sourcing from; and whether the company should perform an audit based on the risk that the supplier poses.

Take remedial action when modern slavery is discovered. Whereas traditionally many companies may have taken the approach to off-board a high-risk supplier to remove that risk from the supply chain altogether, many leading global companies today are choosing to offboard at-risk suppliers only as a last resort, Laws says. Instead, they are opting to train their suppliers on what it means to be an ethical supplier.

Eradicating human trafficking, forced labor, and other types of modern slavery from business operations and the supply chain is not a quick fix. It’s something that requires ongoing effort and a long-term commitment from senior leadership, Croser stresses. “We would always emphasize that the people at the top need to be properly engaged in addressing it.”