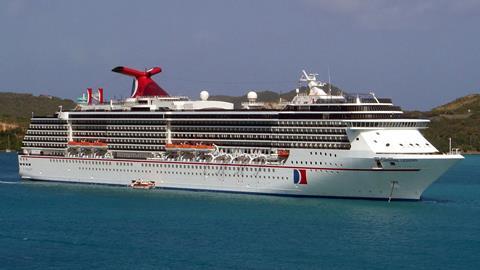 Required by the Department of Justice to overhaul its compliance culture, Carnival has appointed Peter Anderson to the newly created position of chief ethics and compliance officer and promoted Chris Donald to the role of vice president of corporate environmental compliance.

The new appointments follow a history of environmental violations for the company, which is still under probation. Princess Cruises, owned by Carnival, was sentenced in 2017 to pay a $40 million penalty related to illegal dumping overboard of oil-contaminated waste and falsification of official logs in order to conceal the discharges. The DOJ said it was the largest fine ever imposed for crimes involving deliberate vessel pollution.

Along with receiving the five-year probation, Princess and all related Carnival cruise ship companies trading in the United States were required to implement an environmental compliance plan (ECP) that includes independent audits by an outside company and oversight by a court appointed monitor. However, the company has already violated that probation: In June 2019, Princess Cruises and Carnival were ordered to pay a $20 million criminal penalty and were subject to enhanced supervision after admitting to violations attributable to senior Carnival management.

In addition to the June settlement, Carnival’s C-suite was asked by the DOJ “to personally pledge their commitment to correcting the company’s compliance issues and corporate culture.”

Anderson, who will be a member of the executive leadership team and report directly to Carnival President and CEO Arnold Donald, is a former federal prosecutor with over 20 years of experience in corporate compliance. He had previously been the head of the White Collar and Compliance Group at the law firm of Beveridge & Diamond and was initially engaged by Carnival to conduct a compliance program assessment. Anderson also led the environmental compliance team on the Volkswagen monitorship over the past two years.

In this new role for Carnival, Anderson will direct strategy for and drive a culture of compliance and integrity that ensures adherence to legal and statutory requirements.

“Our strategic plan involves goals and key actions to build a strong and proactive compliance culture that is based on open communications—both listening and responding—as well as adequate resources and improved tools,”  Anderson said in a statement.

“Pete understands what it takes to help build a corporate compliance effort that is effective, and will help lead us to pursue compliance-related goals through pragmatic solutions that achieve measurable results—another important step in our firm commitment to sustaining long-term environmental compliance, excellence and leadership,” Arnold Donald stated.

The company also promoted Chris Donald to senior vice president of corporate environmental compliance. Chris Donald will continue to serve in his role as the company’s corporate compliance manager, reporting directly to Anderson.

In June, Carnival admitted it was guilty of committing six violations of its probation. Two of the violations involved interfering with the court’s supervision of probation by sending undisclosed teams to ships to prepare them for the independent inspections required during probation, according to the DOJ. When this was first discovered in December 2017 and ordered to cease, a second undisclosed program was started without approval shortly thereafter.

“This case demonstrates the importance of identifying and correcting compliance problems at their source,” said Assistant Attorney General Jeffrey Bossert Clark for the Justice Department’s Environment and Natural Resources Division. “Carnival sought to avoid the discovery of problems during the audits rather than learn from them. Carnival’s deliberate deception undermined the court’s supervision of probation.”

The company admitted to other violations of probation, including:

Other terms of the settlement, in addition to the $20 million criminal penalty, included Carnival paying up to $10 million per day if it does not meet deadlines for submitting and implementing needed changes to its corporate structure and spending on 15 additional independent audits per year conducted by a third-party auditor and court appointed monitor.