Since it is widely believed that individual firms lack the perspective to protect society, government regulation of key industries may be needed. This is particularly true when firms have monopoly power, meaning that a single firm or a few firms control an entire market. 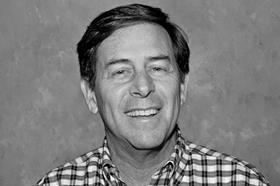 In markets where there is sufficient competition, however, the marketplace itself can regulate firms. In the market for new cell phones, for instance, there is no regulation regarding what features the phone should have. The features provided are regulated completely by consumer demand.

Some products—such as prescription drugs, medical care and food—cannot completely rely on the market for regulation because in the time it takes for the marketplace to force a product out, great harm could come to consumers.

In these instances, regulation is needed to prevent harm to consumers. The questions always concern how much regulation and on which goods and services.

A broad answer is that regulation should occur where market forces are not adequate and where great harm could come to consumers.

History, however, shows that many regulated industries that are eventually deregulated yield better quality products, lower prices, and surprisingly higher profits for the firms providing the good or service.

In most instances, the marketplace supplies sufficient regulation by exactly meeting the needs of consumers and charging a price that consumers are willing to pay. Government regulation is not needed and often times is counterproductive.

In the mid-1970s, a number of highly regulated industries were deregulated.  The benefits were clear: higher quality, lower prices, and more profitable companies. The Airline Deregulation Act of 1978, the Natural Gas Policy Act of 1978, and the Motor Carrier Act of 1980 were examples.

Instead of the government determining where airlines could fly and what price to charge, the marketplace took over after 1978. Although airline profits are cyclical, the schedules more closely fit consumer needs, the price of airline tickets fell dramatically and after a typical shake-out, the surviving companies were more profitable.

In the energy sector, deregulation has unleashed market forces. The result of the increased competition and the removal of barriers to entry into specific markets has been lower energy prices and more choices for consumers.

We must recognize that regulating an industry can be very costly to consumers. The banking sector and the pharmaceutical industry are clear examples.

If a firm develops a new drug, Federal Drug Administration (FDA) approval is needed before the drug is brought to market, a process that typically costs more than $500 million. Partly because of this high cost, only about 10 percent of new drugs ever reach the consumer.

While the FDA is protecting consumers, there is a question about whether it is over-regulating. It wants to make sure the drug does what it’s supposed to do and all side effects are known, but what about the consumers willing to take a chance on a new drug? The FDA will not allow them that opportunity.

In the banking industry, the 2010 Dodd-Frank Act was designed to regulate banks and end predatory lending. The problem was that the law reduced all lending and stifled economic growth. In 2017, most of the law was repealed and economic growth accelerated.

The majority of Americans are better off when some industries are completely deregulated. In most instances, the marketplace supplies sufficient regulation by exactly meeting the needs of consumers and charging a price that consumers are willing to pay. Government regulation is not needed and often times is counterproductive.

Dr. Michael Busler is a Professor of Finance at Stockton University in New Jersey and a former Fellow at the William J. Hughes Center for Public Policy.