Point: Regulation is a stabilizing force

The most important lesson former Fed Chair Ben Bernanke says he learned from the 2008 financial crisis is that for the Fed, financial regulation needs to have the same priority as monetary policy. The clear implication from this statement is that this was not the case before the crisis. 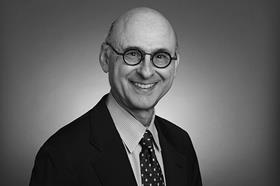 Bernanke was not the first economist to have made this argument. Distinguished economics scholar Hyman Minsky made the same point; and Minsky died more than a decade before the financial crisis erupted. Minsky was a realist. He argued that because of psychological excesses, financial crises are unavoidable. Therefore, we should be careful not to conclude that regulation can prevent such crises. Instead, we should consider what kind of regulatory structures will mitigate the severity of these crises when they materialize.

In a nutshell, Minsky warned that during economic expansions, leverage by households, businesses, and governments increase to imprudent levels, financing becomes more speculative, the relative size of the shadow banking sector increases, the degree of financial innovation increases, and asset pricing bubbles develop. When the economy slows, usually after an increase in interest rates, imprudent leverage leads to higher default shocks, speculative finance leads to the collapse of asset pricing bubbles, and commercial banks find themselves lenders of last resort to shadow financial institutions.

Minksy argued that sensible regulation could limit, but not prevent, the damage that ensues when the economy begins to contract. He noted that regulators would be outgunned, from a resource perspective, by those whom they regulate. Moreover, he warned that regulators are vulnerable to psychological biases that lead them to think that it is fine to weaken regulatory practices because we have entered a “new era.” This new-era thinking was not just true of Bernanke’s Fed before the outbreak of the crisis, but also that of his predecessor, Alan Greenspan. After the financial crisis, Greenspan admitted to being shocked to learn that the fundamental assumptions he had made about human rationality in connection with the operation of financial markets were far off the mark.

Weak regulation and regulatory capture are real-world phenomena. Although regulatory firms might be imperfect, it’s key not to allow the perfect to become the enemy of the good.

I reject the idea that regulation is the source of economic instability. Indeed, the Great Depression erupted in a time when regulation was very weak. That being said, it is clear that poor monetary policy by the Fed made the Depression worse than it needed to be. Although regulatory failure during the Greenspan era and the first part of the Bernanke era allowed economic instability to erupt into a global financial crisis, I think we are fortunate Bernanke’s expertise with Great Depression economics guided his decision making so that the Great Recession did not turn into another Great Depression.

In general, regulation is a remedy for a host of imperfections that interfere with well-functioning markets. The imperfections are diverse in nature. Some pertain to external effects, such as the effects of an upstream firm emitting pollutants that adversely impact people living downstream. Some pertain to information asymmetries, such as when construction contractors use inferior building materials that are difficult to detect by homeowners in a timely fashion. Some pertain to differences in financial literacy, or self-control, such as when low-income borrowers resort to using very high interest payday loans. Some pertain to imprudent risk management, as occurred in connection with the financial crisis.

My positions are: First, advances in behavioral economics make clear why people cannot efficiently find ways to internalize external effects, thereby avoiding the need for regulation. Second, in democratic societies, the strength of regulation is determined through the political process. Those who benefit from no or weak regulation will continuously lobby for their interests. Against this backdrop, the net demand for strong regulation will wax and wane, depending on circumstances and the length of the general public’s memories. During the Great Depression, commercial banking and investment banking were separated by passage of the Glass-Steagall Act; however as time passed, Glass-Steagall was rescinded, as it happens just a few years before the global financial crisis. In the wake of the financial crisis, political support for the Dodd-Frank Act was strong; however, as the economy recovered, its provisions were subsequently modified and weakened.

Lastly, weak regulation and regulatory capture are real-world phenomena. Although regulatory firms might be imperfect, it’s key not to allow the perfect to become the enemy of the good.

Hersh Shefrin is the Mario L. Belotti Professor of Finance at Santa Clara University. He is one of the pioneers in the behavioral approach to economics and finance.