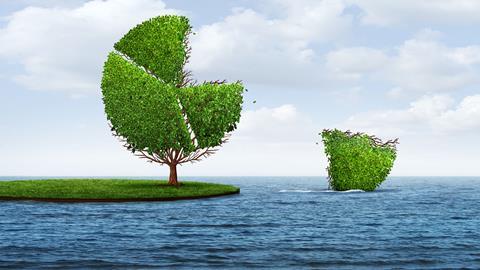 The Treasury Department has finalized rules that expand the jurisdiction of the federal government over certain foreign investment in U.S. businesses. The agency was required to issue the regulations on Jan. 13, pursuant to the Foreign Investment Risk Review Modernization Act of 2018 (FIRRMA), a law which broadened the jurisdiction of the Committee on Foreign Investment in the United States (CFIUS) over foreign investments in businesses involved with critical technology, infrastructure, and personal data.

The regulations “strengthen our national security and modernize the investment review process,” Treasury Secretary Steven Mnuchin said in a press release. The two rules “maintain our nation’s open investment policy by encouraging investment in American businesses and workers” while also “providing clarity and certainty regarding the types of transactions that are covered,” he continued.

CFIUS has the authority to review certain transactions and to request that the U.S. president suspend or prohibit a transaction if it threatens to impair the national security of the United States.

More deals likely to be scrutinized

The new regulations “capture a number of new investments not previously captured—including investment from Europe and elsewhere,” says Chris Griner, chair of the National Security/CFIUS/Compliance Practice Group at the law firm Stroock. “It will be important to understand how that will impact access to capital from those markets.”

How do the final regulations differ from the proposed regulations issued in September 2019?

In response to written comments, the final rules update a number of provisions including:

The rules also include a number of additional illustrative examples and provide clarifying edits in the text of the provisions.

Finally, the rule amending the part 800 regulations incorporates many of the provisions of the pilot program regarding critical technologies (published in October 2018), including the mandatory declaration requirement for certain covered transactions involving certain U.S. businesses that produce, design, test, manufacture, fabricate, or develop one or more critical technologies.

Indeed, it seems CFIUS isn’t exactly looking to limit the number of transactions it is reviewing. “When you look at the regulations, there were a number of circumstances where commenters asked for more definitiveness or for CFIUS to take on some obligations to provide final determinations on whether something constitutes a covered investment or whether a transaction is covered,” says Giovanna Cinelli, the leader of the international trade and national security practice at the law firm Morgan Lewis. “Treasury came back and said that they don’t want to have any blanket rules because everything is a fact-specific case-by-case determination.”

While there are scenarios where it is less likely that a matter will be of concern to CFIUS, the committee “likes to retain the jurisdiction and the flexibility to look at a transaction individually and make that assessment,” Cinelli says. “That’s a signal to investors and sellers in the U.S. that a CFIUS analysis when you have a cross-border investment is now part and parcel of any standard due diligence.”

Investments by some entities, however, will not be subject to the governmental scrutiny that others are. Putting it simply, deals involving so-called “excepted foreign states” or “excepted investors” from those countries typically will not have to go through the review process everyone else not on those very short lists will have to endure if their deal involves critical technology, infrastructure, personal data, or certain real estate. The Treasury Department’s final rules identify just Australia, Canada, and the United Kingdom of Great Britain and Northern Ireland as “excepted foreign states” whose investments in the United States generally won’t be subject to CFIUS red tape.

Entries on that short list were chosen, notes the Treasury Department in the preamble to the rules, because CFIUS appreciates their “robust intelligence sharing and defense industrial base integration mechanisms with the United States.” Yet, the agency’s decision to limit that list to just three friends of the United States “will also create some questions for a number of other allied nations like Japan, France, Italy, Germany, and even New Zealand,” notes Cinelli.

Ultimately, the newly promulgated rules “are in line with the administration’s goal of reducing barriers among friends, but protecting critical technology from its foes,” says Tatiana O.Sullivan, who recently joined the law firm Stroock from the U.S. Department of Defense, where she was the lead for FIRMA negotiations and regulatory implementation. Interestingly, the new rules “stay silent” on the administration’s relationship with Europe, she adds.

Treasury is seeking comment on the definition of “principal place of business,” part of the final rules which become effective Feb. 13 and are slated to be published in the Federal Register on Jan. 17. All comments on the rules are due by Feb. 18.