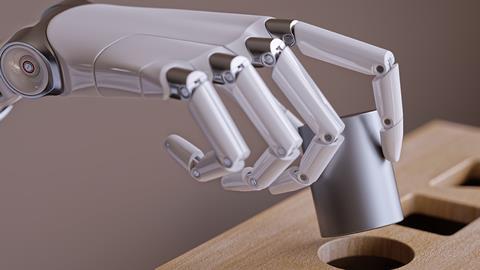 The U.K.’s data regulator, the Information Commissioner’s Office (ICO), has issued guidance to help organizations explain their use of—and reliance on—artificial intelligence (AI) in decision making and how such technology might impact the public.

Working alongside The Alan Turing Institute, the U.K.’s national institute for data science and AI, the ICO has launched a consultation on the joint draft guidance, called “Explaining decisions made with AI,” which aims to give organizations practical advice to help explain to individuals the processes, services, and decisions delivered or assisted by AI.

“The decisions made using AI need to be properly understood by the people they impact. This is no easy feat and involves navigating the ethical and legal pitfalls around the decision-making process built in to AI systems.”

Part 1: The basics of explaining AI defines the key concepts and outlines a number of different types of explanations about the use of AI in decision making, as well as the importance of enabling people to challenge the decisions that have been made.

Part 2: Explaining AI in practice helps organizations with the practicalities of explaining these decisions and providing explanations to individuals. This will primarily be helpful for the technical team in an organization, although data protection officers and compliance teams will also find it useful.

Part 3: What explaining AI means for your organization goes into the various roles, policies, procedures, and documentation organizations can put in place to ensure they are set up to provide meaningful explanations to affected individuals. This is primarily targeted at senior management teams, although data protection officers and compliance teams will also find it useful.

The ICO has identified six main types of explanation about the use of AI in decision making:

The ICO’s guidance highlights the risks facing organizations for failing to inform the public about how technology-assisted decision making may impact them, such as regulatory action, reputational damage, and public distrust. But it also raises the potential for risks to organizations that do explain how AI is being used. For example, providing too much information about AI-assisted decisions may lead to increased public distrust due to the complex, and sometimes opaque, nature of the process. Similarly, too much disclosure may expose commercially sensitive information, while sharing personal data with third parties may violate the GDPR and other data laws. Organizations may also need to protect against the risk people may “game” or exploit their AI models if they know too much about the reasons underlying its decisions.

“The decisions made using AI need to be properly understood by the people they impact. This is no easy feat and involves navigating the ethical and legal pitfalls around the decision-making process built in to AI systems,” says Simon McDougall, the ICO’s executive director for technology policy and innovation.

The consultation runs until Jan. 24, 2020. The final version of the guidance will be published later next year. The ICO is accepting comments.