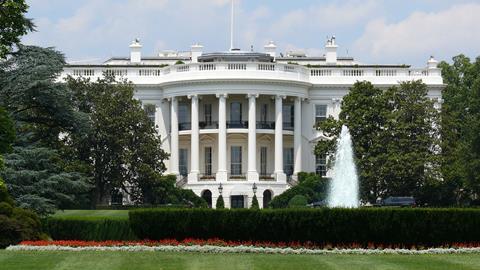 On May 10, the White House hosted an all-day summit devoted to the opportunities—and challenges—presented by the burgeoning use of artificial intelligence.

Among the announcements made at the gathering of more than 100 tech industry leaders and academics was the Trump administration’s creation of a new Select Committee on Artificial Intelligence. It will operate under the National Science and Technology Council and be comprised of industry liaisons and officials from various government agencies. The White House also promised “prioritized funding for fundamental AI research and computing infrastructure, machine learning, and autonomous systems.”

Summit attendees had the opportunity to participate in breakout sessions, focused on cross-cutting issues such as AI research & development, workforce development, regulatory barriers to AI innovation, and sector-specific applications of AI.

“AI is quickly transforming American life and American business. It improves how we diagnose and treat illnesses, grow our food, manufacture and deliver new products, manage our finances, power our homes, and traverse our roads,” the White House said in a statement that detailed various tech initiatives undertaken during the first year of the Trump administration.

Last September, the Department of Transportation released an update to the 2016 Federal Automated Vehicles Policy, providing non-regulatory guidance to automated vehicle developers to enable the integration of driverless cars onto American roadways. Last month, the FDA approved the first ever AI-based device for medical diagnostics to detect diabetic retinopathy, the leading cause of blindness among working-age Americans. In the annual guidance to heads of executive departments and agencies, the Office of Management and Budget and the White House Office Science and Technology Policy directed agencies to focus on emerging technologies, including machine learning and autonomous systems.

Key takeaways and promises made at the summit and in an accompanying report included:

“AI is an immense opportunity arriving at the right time. From farming to financial services to pharmaceuticals, AI will bring tangible benefits to people’s lives,” says Dean Garfield, president and CEO of the Information Technology Industry Council. “The White House’s new artificial intelligence advisory committee is a great first step to forge better collaboration between industry, government, and academia. The American people and workforce deserve as much.”

Michael Kratsios, deputy assistant to the President for technology policy, hosted the AI summit. “As artificial intelligence transforms everything from agriculture to manufacturing to transportation—the potential for AI remains breathtaking. But we cannot be passive,” he said. “To realize the full potential of AI for the American people, it will require the combined efforts of industry, academia, and government.”

In prepared remarks, Kratsios cited studies claiming that the United States has more AI-related startups and researchers than any other nation. “Those researchers publish the most impactful findings in the world,” he said.

Don’t expect a heavy hand when it comes to regulating this new space.

“Often the most significant action our government can take is to get out of the way,” Kratsios said. “Our Administration is not in the business of conquering imaginary beasts. We will not try to ‘solve’ problems that don’t exist. To the greatest degree possible, we will allow scientists and technologists to freely develop their next great inventions right here in the U.S.”

“We didn’t roll out the red tape before Edison turned on the first lightbulb,” he added. “We didn’t cut the lines before Alexander Graham bell made the first telephone call. We didn’t regulate flight before the Wright Brothers took off at Kitty Hawk. And as those great inventions took decades to fully develop, artificial intelligence will too. … Erecting barriers to innovation does not stop the future; it makes the future move overseas.”

Ian Buck, vice president of computer chip maker Nvidia’s datacenter unit, attended the summit and wrote about it on his company’s blog.

“AI is an immense opportunity arriving at the right time. From farming to financial services to pharmaceuticals, AI will bring tangible benefits to people’s lives.”

Government also has a role in providing the infrastructure that supports research. “Universities need access to large-scale, state-of-the art, GPU-accelerated computing systems to do cutting-edge research, but most lack the expertise to procure and run them,” Buck said. “The government should provide better access to universities for future computing systems—all of which need to support high-performance computing and AI workloads.”

He also suggested that, because “states often have different regulations for transportation infrastructure,” the federal government should make recommendations “for all 50 states to share unified autonomous vehicle guidelines and smart infrastructure, including street lights, sensors, and construction zones.”

“China, India, Japan, France, and the European Union are crafting bold plans for AI,” he wrote. “They see AI as a means to economic growth and social progress.”

Meanwhile, however, the United States disbanded its previous AI taskforce in 2016.

“Without an AI strategy of its own, the world’s technology leader risks falling behind,” he wrote.

AI will be more transformative than the PC and the internet,” Krzanich predicted.

“Already it is poised to solve some of our biggest challenges,” he wrote. “AI has been used to more precisely detect and diagnose cancer, treat depression, improve crop yields, save energy, increase supply chain efficiencies and protect our financial systems. These are remarkable successes for such a young technology.”

“Governments can and should help build on these successes,” he added. “A national strategy for AI will provide the necessary guideposts that enable industry and academia to innovate. When the regulatory environment is known and understood, businesses and government researchers can maximize their impact by pursuing the same goals.”

Krzanich added that, moving forward, it will also be important to address concerns about AI’s impact on individuals. “Privacy, cyber-security, ethics, and potential employment impact are all worthy of careful analysis,” he wrote. “Governments and industry can and should work together to better understand these concerns before any new regulation is enacted.”