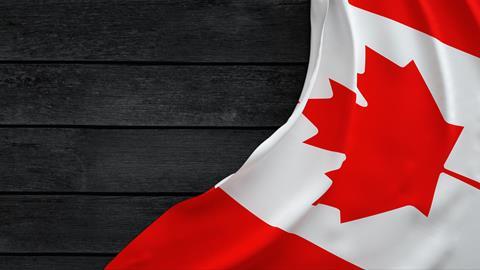 Starting next year, Canadian companies will be required to disclose much more about their diversity efforts, including many who will have to do so for the very first time, as Canada joins a growing list of countries that are starting to address diversity disclosure practices beyond just gender.

For all shareholder annual meetings starting on or after Jan. 1, 2020, publicly listed, federally incorporated companies governed by the Canada Business Corporations Act (CBCA) must start providing in their annual meeting materials to shareholders enhanced disclosures about the company’s diversity policies and practices relating to its board of directors and senior management team.

Specifically, under the new disclosure requirements, these companies must start disclosing, at a minimum, information on the representation of the following four “designated groups,” as defined under the Employment Equity Act: women, Aboriginal persons, members of “visible minorities,” and persons with disabilities. Beyond these four designated groups, companies have the option to voluntarily disclose information about other groups they feel contribute to the diversity of their board and senior management—such as age, veteran status, sexual orientation, and more.

The regulations define “members of senior management” to include any of the following: chair and vice chair of the board; the president of the corporation; chief executive officer and chief financial officer; the vice president in charge of a principal business unit, division, or function, including sales, finance, or production; and anyone who performs a policy-making function within the corporation.

Canada’s corporate statute aligns with, and expands upon, the country’s securities legislation, which has required since 2015 that Canadian companies listed on the Toronto Stock Exchange (TSX) provide disclosures to shareholders related to their gender diversity practices. The corporate statute, in comparison, applies to companies listed not just on the TSX, but all “distributing corporations” under the CBCA—including venture issuers (smaller venture companies listed on junior stock exchanges), which are not subject to the securities law diversity disclosure requirements. The diversity disclosure requirements do not apply, on the other hand, to financial institutions or public companies incorporated under provincial business corporation acts.

Companies governed by the CBCA should not feel caught off-guard, however, since the newly expanded diversity disclosure requirements have been a long time coming. The legislation underlying these disclosure requirements received royal assent on May 1, 2018, but the final supporting regulations were not issued until June 22, 2019.

The stated objective of these diversity disclosure requirements, the Canadian government said, is to “foster a conversation between corporate management and shareholders on this important issue” and “to place responsibility on Canada’s corporations to advance this issue.”

Among the disclosures CBCA companies must start providing includes:

CBCA companies must provide this information to not just shareholders but also to Corporations Canada, the country’s federal corporate regulator, where it will be made available to the public. If a company chooses to include its diversity information in its proxy circular, the easiest way to send the diversity information to Corporations Canada, the Canadian government states, is to submit the proxy circular through the Online Filing Centre at no cost.

“As soon as companies start putting out their annual meeting circulars, other companies can refer to those circulars and see how they’re addressing the disclosure requirements and then adapt or amend their own disclosure—not necessarily to mirror what those companies have done, but to get some insight onto how other companies are approaching this.”

From a compliance standpoint, companies will now have to start asking directors and senior management whether they self-identify as belonging to one of the designated groups. “Rather than make assumptions, I think they need to be aligned in terms of how these targeted groups self-identify and the disclosures that are being made,” says Katherine Prusinkiewicz, a partner and senior knowledge lawyer at Norton Rose Fulbright Canada.

What that means in practical terms is that “director and officer questionnaires are going to have to evolve, and that information is going to have to be requested,” says John Valley, a partner in the Toronto office of law firm Osler. As disclosure practices move beyond gender, however, the question becomes how comfortable people are going to be self-identifying as belonging to one of the designated groups, he says.

That can pose compliance hurdles for companies, because they can only disclose the information they’re given. “If you don’t have the information, you can’t compel it from the individual,” says Matthew Merkley, a partner at Blake, Cassels & Graydon in Toronto.

Companies, however, do have some form of compliance relief. Like Canada’s securities legislation, the federal corporate statute is a “comply or explain” regime, meaning companies are not required to have diversity quotas in place. Where they do not have such targets in place, however, they must be prepared to explain to their shareholders why that is the case.

On the flip side, many other companies might be looking to develop a diversity policy for the first time. “If companies do decide to go that route, that may require a little more time and effort,” says Colin Cameron-Vendrig, a senior associate in the Toronto office of Borden Ladner Gervais. That may require collaborating with human resources or consulting legal counsel, he says.

Indeed, venture issuers who were not subject to the securities law diversity disclosure requirements are going to have to consider this issue for the very first time. Even for companies that have a gender diversity policy already, “they’ll now have to consider if and how they’re going to expand those policies to cover at least the additional three categories in which they have to provide disclosure,” Merkley says. “Are they going to adopt targets? If so, what will those targets be?”

From a best-practice standpoint, Prusinkiewicz recommends companies consider the following questions: Do these diversity disclosure requirements align with what the company’s needs are in terms of representation? Is the company good with where it stands, or is there room to grow? It’s also important for management and the board to be in touch with the expectations of their shareholders about these issues, she says.

Companies seeking to adopt targets for certain of the designated groups might find it useful to review the proxy materials of issuers that are first out the gate in 2020. “As soon as companies start putting out their annual meeting circulars, other companies can refer to those circulars and see how they’re addressing the disclosure requirements and then adapt or amend their own disclosure—not necessarily to mirror what those companies have done, but to get some insight into how other companies are approaching this,” Cameron-Vendrig says.

Some companies that are ahead of the curve already provide such diversity disclosures in their proxy materials. Canadian construction company Aecon Group, for example, has chosen to highlight its efforts for including indigenous people within the company and how they foster new opportunities. “The engagement and participation of First Nations’ members in Aecon’s projects across Canada is a key part of Aecon’s diversity and inclusion strategic plan,” Aecon Group’s 2019 Management Information Circular states. “To this end, Aecon established an outreach program for Canadian First Nations’ members (‘First Nations Outreach Program’). The first Nations Outreach Program involves the construction of remote training facilities in northern Ontario. Aecon then works with the operating engineers of Ontario Training to create education and training programs for the facilities.”

There are also examples to turn to for companies that choose not to set diversity quotas. Kinross Gold, for example, in its 2019 Management Information Circular explains it has chosen at this time not to establish targets for women on its board and senior management. “Instead, Kinross has established a framework that will enable the evolution of diverse employee representation, including women as executive officers and believes this is a more meaningful and sustainable approach to improving diversity and inclusion in the workplace,” its circular stated. “This framework will be grounded in meaningful activities, with an overarching goal of increasing the representation of women based on merit.”

Both these examples, and many more, can be found in Osler’s “2019 Diversity Disclosure Practices” report, which notes, among other findings, that most companies still have a long way to go in the way they think about their diversity efforts. “Even after five years, there continues to be a significant number of issuers that fail to respond to all items under the Diversity Disclosure Requirements,” Osler’s report stated. “There are also others for which the disclosure is merely a check-the-box compliance exercise.”

Canada’s amended corporate statute has baked in a five-year checkback, meaning the government will review it in five years. What that signals, Prusinkiewicz says, is that if diversity quotas haven’t moved forward in that time, the government may have to reexamine the issue.