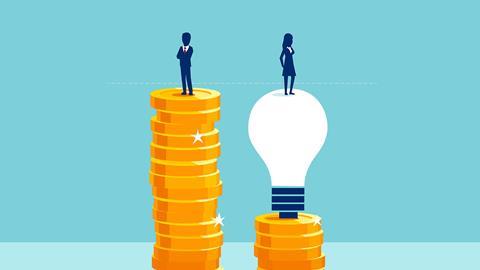 With proxy season under way, so is executive pay scrutiny

In many ways, 2018 is shaping up to be the year of the paycheck. Across America there are fierce debates over how much various folks make at their jobs and whether that compensation is fair.

Are women paid less than men for the same work? Who should be entitled to overtime pay? Are CEOs and executives overpaid when compared to their reports? When should shareholders step in?

That last question is a cornerstone of the Dodd-Frank Act’s approach to what its crafters view as often excessive executive compensation. The 2010 legislation mandated that the Securities and Exchange Commission issue rules concerning shareholder approval of executive compensation, which it did in 2011.

This year, global business consultancy Willis Towers Watson plans to do an ongoing analysis of pay trends as proxy season kicks into full swing. Thus far, its analysis covers 313 of Russell 3000 companies through April 27, 2018. And, as a backdrop, according to this firm’s U.S. research, positive say-on-pay outcomes edged up in 2017, and results improved for companies that had failed resolutions in 2016.

Here is how Jim Kroll, a senior consultant in Willis Towers Watson’s executive compensation practice, and his firm analyzed last year’s proxy season: “Shareholders are increasingly, and carefully, evaluating how much executives are paid versus how well their company performed, especially in relation to industry peers.”

Average support for say-on-pay resolutions reached 91 percent of the vote during the proxy season, up slightly from 90 percent in 2016, with an accompanying decline in the failure rate to 1 percent of companies from last year’s 2 percent.

The research notes that 93 percent of companies received more than 70 percent support in 2017 for their say-on-pay resolutions. This year, as proxy season heads into full swing, that successful momentum may be slowing a bit, says Kroll.

Among the companies that failed to get at least 50 percent approval on shareholder pay votes were Ameriprise Financial, Cliffs Natural Resources, Cogent Communications, Digimarc, First Horizon National, and Rambus.

A key factor to look for, Kroll says, is whether shareholders are starting to push back against companies with a historical pattern of poor pay-for-performance alignment, those that are consistently paying more for the CEO position than they should be based on comparisons to industry peer groups. Those peer group comparisons are a crucial metric used by the major proxy advisory firms when recommending support, or lack thereof, for company compensation plans.

In the first of a series of say-on-pay voting updates that Willis Tower Watson is preparing this proxy season, the average shareholder say-on-pay support of 90 percent of the vote is down slightly from last year, while the failure rate is up compared to the same time period.

“We are still relatively early in the season,” Kroll says, “but I am not too concerned, because there has been so much consistency in recent years.” Kroll says it is normal to see slight adjustments, even if the numbers land in a similar place at year-end.

“Shareholders are increasingly, and carefully, evaluating how much executives are paid versus how well their company performed, especially in relation to industry peers.”

“People have looked at the failure rate and observed that it is a little higher than normal, but we still have shareholder meeting volume coming up,” he adds.

By Kroll’s estimation, roughly 15 percent of all public companies have had say-on-pay votes thus far. As of the last report, there have been nine say-on-pay failures; and of those, eight had voted for the first time.

“Obviously we are just talking nine companies overall and we are not trying to ring alarm bells here,” he says. “It is a reminder to companies that it can happen to anyone in any year. Just because you’ve had a good run with say on pay, it doesn’t mean you are never at risk of failing.”

Is there a common denominator among the failures? In large part, Kroll blames pay-for-performance concerns.

Perceived pay-for-performance disconnects drive most “against” recommendations by proxy advisory firm Institutional Shareholder Services, he says. Twenty-one percent of companies receiving an “against” recommendation had a high level of ISS concern in more than one category, among them peer group comparisons and pay that failed to align with company and executive performance metrics and goals.

According to Willis Towers Watson, common issues for companies with larger-than-average pay-for-performance concerns included: the rigor and comprehensiveness of incentive plan metrics (48 percent); outsized long-term compensation (32 percent); a substantial compensation increase (32 percent); the discretionary nature of awards (26 percent); lowered goals from the prior year (26 percent); and approving a payout despite failing to meet established targets (26 percent).

Among the common characteristics of this subset: underperforming one-year Total Shareholder Return; a sizeable increase in year-over-year compensation (the average one-year increase in total compensation for these companies was 33 percent); increases in pay due to supplemental equity grants made for retention purposes; and a reversal in proxy advisor support.

Improved communication with shareholders may be the key to resolving say-on-pay issues.

“You may have a really good reason for doing something, but you need to remember to disclose the context or rationale of why you did it,” Kroll says, offering advice on how to potentially placate shareholders if they latch onto a perceived pay disconnect. Failure to do so “is still a bit of a hazard.”

“As a company, let’s say you had a great run of six years on say-on-pay and then you had to do something unique. It might not be your first thought to say, ‘I need to remember to disclose why I did this a little differently from what I’ve done with my disclosure in the past,’” he says. “From a shareholder perspective, not necessarily a proxy advisor perspective, some of the larger shareholders are very willing to weigh unique company facts and circumstances.”

“Where the hazard gets elevated is when a company isn’t aware that scrutiny may be brewing,” Kroll adds. “Disclosure needs to be elevated in a year like this. If  you do something discretionary, like a one-time award, and if you’ve always had a good result with say-on-pay votes, this may not be at the forefront of your thinking, but it should be.”

Kroll doesn’t think the SEC’s new pay ratio rule will be much of a factor in this year’s say-on-pay votes. The rule requires companies to disclose CEO pay as a percentage to that of the median employee.

His firm’s research does show, however, a similar need for appropriate and tailored disclosures.

When communicating the CEO pay ratio, the majority of companies (95 percent) placed the disclosure outside the Compensation, Discussion, and Analysis. In terms of supplemental narrative, 30 percent described their median employee (often by location or status) and 15 percent included visuals.

Research from Institutional Shareholder Services’ data intelligence unit, ISS Analytics, of initial 2018 U.S. CEO pay trends also uncovered some proxy season trends. CEO pay increases for fiscal 2017, as reflected in 2018 filings, “are shaping up to be the largest since 2010 when companies provided sizeable compensation awards following down years after the global financial crisis,” according to that data. In addition, the median CEO pay increase from fiscal 2016 to 2017 stands at 9.5 percent, well above the 5 percent increase evidenced last year and second only over the past decade to the 15.4 percent jump in 2010.

“As in prior years, stock awards continue to be the primary driver of increased executive pay, although annual incentives were also up significantly in 2017,” says John Roe, head of ISS Analytics. “Notably, the largest pay increases in a decade will be evaluated by shareholders alongside inaugural corporate disclosures on pay ratios, adding fuel to the debate over executive pay levels this annual meeting season.”