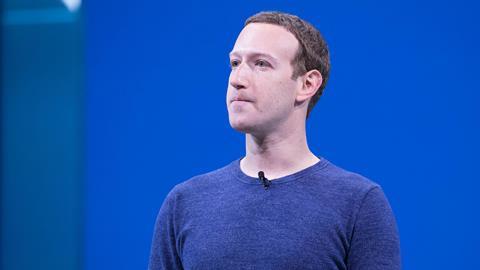 After another arrogant move, Facebook needs to be put in check

In the world of securities regulation, disclosure omissions can be just as troublesome as negative self-reporting. That scenario is certainly playing out with Facebook and its recent foray into virtual currency.

In June, the social media giant announced it was entering the cryptocurrency space with a global payments network called Calibra, a digital wallet for Libra, a global currency powered by blockchain technology. The wallet will be available in Messenger, WhatsApp, and as a standalone app. Facebook expects it all to launch in 2020.

Facebook will not have independent control of the implementation. It will have just one vote among all of the other companies in the Libra Association (its aim is to have 100 members). Among the 28 founding companies paying $10 million for membership are Facebook/Calibra, PayPal, MasterCard, Visa, Spotify, Uber, Lyft, and Andreessen Horowitz.

You may love the plan or hate it with a distrust fueled by Facebook repeatedly dropping the ball on consumer data privacy protections. Either view is certainly appropriate for debate. How can those important discussions take place, however, if there remains a shroud of secrecy that investors must penetrate?

True and fair to note: Facebook is hardly obscuring the initiative. Press releases, blogs, and media coverage have spread the word in great detail. What Facebook has yet to do: a formal disclosure with the Securities and Exchange Commission.

That discovery was noted in a blog post from Intelligize, a LexisNexis service that collects and analyzes SEC filings. A story headlined “Living in a Material World: Facebook Forgoes 8-K on Libra” notes that: “Facebook may be driving the Libra bus for now, but the company is positioning it as a communal effort. Perhaps that’s why Facebook isn’t making the disclosures you might expect if they had just single-handedly created a currency that is really going to replace the dollar?”

“When public companies have significant news to share between quarterly reports, of course, they generally file a Form 8-K. And per the SEC’s instructions, those Form 8-Ks are expected to be filed within four business days (unless otherwise stated) of the triggering event,” the story adds. “The four-business-day mark has come and gone since the Libra announcement, and Facebook has yet to file an 8-K regarding the news.”

The article proposes that the failure to file “is a calculated decision based on a careful determination that the Libra initiative doesn’t rise to the level of the SEC’s materiality standard, a substantial likelihood that a reasonable investor would attach importance in determining whether to purchase the security registered.”

We beg to differ, based in part on how the SEC has handled other disclosure matters in the past.

In the realm of public company disclosures, a particular focus is placed on ensuring material company information, especially if it affects stock price, is not selectively or arbitrarily spread among shareholders. Pre-public offering roadshows walk a fine line on this front. There is also an increasing scrutiny on social media, a trend that has reinvigorated and recast the SEC’s longstanding Regulation Fair Disclosure. The gist of the rule: don’t leak material information to a handful of stakeholders when there is an imperative to disseminate it to all shareholders at the same time.

Netflix CEO Reed Hastings dodged the Reg. FD bullet by convincing regulators that his social media accounts were widely used by shareholders as a source of company information, a fact that was backed by a separate filing announcing his personal account as a company resource.

Elon Musk was not so lucky. His social media presence, just as well-known and well-parsed by investors, came under attack by the SEC.

Understandably, the SEC’s definition of “materiality” gets fuzzier and fuzzier the more you look at it. It encourages overthinking. We cannot be convinced, however, that Facebook, given all the scrutiny it is under, wouldn’t have seen the merit of considering what could be a multi-billion-dollar, global initiative under the rubric of material interest.

This is hardly just a hint that Hastings secured “Arrested Development” for his streaming service or Musk making a not-so-thinly-veiled pot joke. Facebook is basically creating a new financial service that, on a global scale, could rival the largest Wall Street banks. There is already talk of systemic risk and designation of the company as a non-bank threat to financial stability. How could any of that not be material and worthy of an 8-K?

It is almost as though Mark Zuckerberg and his company really do consider themselves untouchable and are lauding that assumption over regulators. That attitude is far more dangerous than the sulking tweets that fueled the Musk vs. SEC battle. It may also prove to be one arrogant stand too many for Facebook and the social media peers it threatens to drag down with it amid state and federal scrutiny.

Never mind big fines and anti-trust squabbles, the time has come for the Federal Trade Commission to stop dragging its feet and embed a corporate monitor inside Facebook’s Menlo Park HQ.