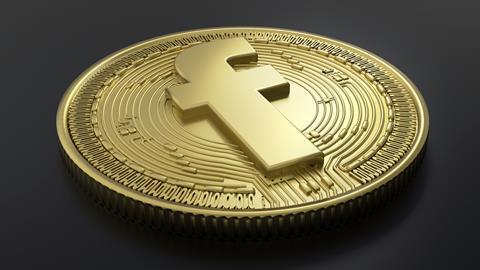 Facebook’s plan to enter the world of virtual currency creates both opportunities and risks for the social media giant. Could the bold initiative also spark systemic risk for the U.S. financial system?

On Thursday, Powell went before the Senate Banking Committee to deliver a semi-annual update on his agency’s efforts. The conversation quickly and repeatedly turned to Facebook and its recently announced payments offering, Calibra, which would serve as a digital wallet for the global, blockchain-powered currency Libra.

“Is Facebook simply too big to build its own digital currency?” questioned Sen. Robert Menendez (D-N.J.). “If Libra moves forward, will we have another too-big-to-fail institution tethered to the U.S. economy?”

“It’s too early to say that, but I think the size of their network does focus your attention on the very likely systemic importance of this currency,” Powell said. “That doesn’t mean [Facebook and the Libra Association] shouldn’t do it. It means that the standards that need to be applied to it will be the highest.”

The Libra Association is set to be comprised of 28 founding members, with each company—PayPal, MasterCard, Visa, Spotify, Facebook/Calibra, and Andreessen Horowitz among them—paying $10 million for membership.

The Fed has established a working group with other regulators and central banks to focus on the virtual currency effort. “It is important that this process of understanding and evaluating this proposal will be a patient one and not a sprint to implementation,” Powell said.

Powell then took the opportunity to pitch the designation or creation of a regulatory body with a targeted focus on data privacy and tech company-led financial innovations.

“You would want to see a particular regulatory body that has oversight over the whole project,” he said. “There isn’t any one agency that can stand up and have oversight over this. We do not have oversight over Facebook, and the privacy rules we apply to banks provide us with no authority to apply them to Facebook, or Libra, or to Calibra, or to the Libra Association. One of the notable features of the project is that the supervision and regulation of [the project] would fall in front of many different agencies—state, national, and international. We need to get our arms around that.”

“It is important that this process of understanding and evaluating this proposal will be a patient one and not a sprint to implementation.”

Sen. Sherrod Brown (D-Ohio) was among those to voice concerns over the “risks this alternate Facebook currency would pose ordinary people,” namely privacy. He accused Facebook, and private corporations as a whole, of “attempting to ape the role of government by creating their own currencies, monetary policy, and payment systems.”

“Now, in addition to complex and risky Wall Street banks, we face new risks from unregulated giant tech companies armed with vast amounts of personal data with the intent as far as I can tell of conducting monetary policy on their own terms,” Brown said. “These private corporations have no duty to the broader economy or consumers. They’re motivated by one thing: their own bottom line.”

Mike Crapo (R-Idaho), chairman of the committee, wondered how Facebook’s foray would fit within existing bank oversight. How will the Federal Reserve’s role for data protection and privacy with respect to traditional financial services be applied to Libra and Calibra?

“We do support responsible private sector innovation in the financial system, as long as that’s carried out in a way that addresses the associated risks and preserves safety and soundness,” Powell replied. “The project sponsors hold out the possibility of public benefits, including greater access to the financial system for some, but I think we agree that Libra raises a lot of serious concerns. Those would include privacy, money laundering, consumer protection, and financial stability. They need to be thoroughly and publicly assessed and evaluated before any of this proceeds.”

“It’s a very good question. I know FSOC will be focusing on this,” Powell responded.

Calibra will be available in Messenger, WhatsApp, and as a standalone app. Facebook expects it all to launch in 2020.