Counterpoint: Crowds need to wise up

Crowdfunding for new businesses is new, relatively untested, and built on the suspect premise that strangers should be investors where family, friends, bankers, and venture capitalists may be unwilling. Yet the proponents of crowdfunding—who are largely on the sales side—want to slim the already tissue-thin investor protections. 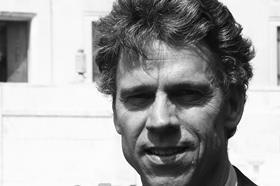 How should investors view crowdfunding? First, consider the many choices investors now enjoy—stocks, bonds, mutual funds, real estate, and more. None are guaranteed winners. Stocks, at least, represent companies with a history of earnings. They can be purchased and sold in minutes.

With these and many more investment opportunities, why would an investor consider crowdfunding?

Beginning in 2016, federal law enabled early-stage businesses to sell securities through what’s popularly known as “crowdfunding.” The SEC set out the rules of the road in its Regulation Crowdfunding. The Financial Industry Regulatory Authority (FINRA) oversees the crowdfunding “portals,” the internet platforms where deals are advertised. Open up Wefunder, one such portal, and examine offers for a Cleveland whiskey distillery, a craft beer proposal, or a 3D printer business.

An individual can invest in a crowdfunded project, within limits. If an investor’s annual income or net worth is less than $107,000, she can only invest about $2,200. The maximum for wealthier investors is $107,000. Crowdfunded companies may raise up to $1.07 million per year.

While crowdfunding is new, it has attracted a negligible portion of the investing public. The crowd, in other words, isn’t finding this investment vehicle particular wise.

Even those who promote crowdfunding as a means of fueling business growth must understand the fundamental axiom of capital markets: They depend on investor confidence. If crowdfunding largely digs a hole for investors, that’s not a reason to keep digging.

And why should an investor risk $2,000 on an internet-promoted deal?

The cold facts of business mean that most fail. Of the 2,000 companies that received at least $1 million in venture capital from 2004-2010, nearly three-fourths failed.  Venture capitalists require far more extensive business plans than are required for crowdfunding proposals and presumably know more about the prospects. Traditionally, entrepreneurs sought money from family, then friends, then possibly a banker. These investors know the entrepreneur and should be familiar with the product, character, and status of the business. A crowd-funder must rely on what’s posted on the internet.

Wefunder essentially acknowledges that funding one of the companies on its portal isn’t about standard, profit-seeking investing. Its first tip about investing in a Wefunder project: “Expect to lose it all.”

What if an investor decides that in a month, or a year, she’d like to sell? Crowdfunding, to date, is largely a one-way street.

And then there’s the problem of fraud. The regulated portals represent a line of defense. But these crowdfunding portals have little obligation to know the issuer.

Crowdfunding advocates want the rules relaxed, so that more investors can invest more and businesses can raise dollops of cash larger than $1.07 million annually. The Fix Crowdfunding Act (which would push the annual cap to $20 million) would also reduce liability for funding portals. That would be a mistake.

Crowdfunding may play a useful role in the future. Funding business through banks and brokerage houses can be costly. The cost of an IPO for a smaller company is typically 7 percent. In a better world, an entrepreneur should be able to spend less time attracting capital and more operating her business; and an investor should be able to enjoy the fruits of an investment without paying so much to the middle men.

But before opening the safety valves on crowdfunding, Washington should spend more time examining the current regime to see if it fulfills its promise.

The political muscle behind expanding crowdfunding comes not from investors, but from sellers. Even those who promote crowdfunding as a means of fueling business growth must understand the fundamental axiom of capital markets: They depend on investor confidence. If crowdfunding largely digs a hole for investors, that’s not a reason to keep digging.