With bipartisan Congressional support in 2012 and four years of rulemaking by the SEC and FINRA to enable Regulation Crowdfunding, this new form of online fundraising for the past two-plus years has allowed entrepreneurs to raise capital through online funding platforms that act as gatekeepers to the public investment community. 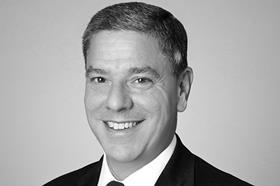 Campaigns are publicly available for anyone to review, and those who are properly vetted are free to invest. This novel process is a significant departure from the way private placements of securities have traditionally been conducted and has been a worthy modernization given the efficiencies of technology to facilitate transactions over the internet and the availability and acceptance of social networks that match entrepreneurs and interested investors more intelligently.

Notwithstanding significant pushback from state regulators and investor protection advocates, it is now commonly accepted that many of the concerns for fraud raised at that time of the inception of Regulation Crowdfunding have not presented themselves. That’s not to say it won’t happen, but our belief is that the funding platforms’ diligence in identifying quality companies, commitment to their community of investors, and adherence to the statutory requirements have so far proven to be a solid guard rail against fraud risks. Even regulators, who while they continue to monitor for suspicious activity want to explore ways for the industry to grow.

The success of the initiative and the diligence with which companies are vetted are big reasons why I support the movement to increase the overall funding permissible for a Regulation Crowdfunding campaign to $20 million from its current level ($1.07 million).

The success of the initiative and the diligence with which companies are vetted are big reasons why I support the movement to increase the overall funding permissible for a Regulation Crowdfunding campaign to $20 million from its current level ($1.07 million). Although the vast majority of campaigns are below the existing cap, there are a meaningful number of deals that raised the full amount and weren’t able to accept the additional capital that could have been raised. I think it stands to reason that a better balance sheet from these additional investors would have protected all of the participating investors and would’ve given the entrepreneurial opportunity a an even better shot at viability.

There are many other entrepreneurs and their advisors who simply won’t consider a Regulation Crowdfunding at all due to the existing cap and marginalize the program as a result. So many additional good companies aren’t being made available to the crowdfunding community of investors.

Likewise, the customers of those same companies that are forgoing crowdfunding are being denied an opportunity to invest as well. The increase would be more inviting to those companies that pursue other financing options.

Additionally, the funding platforms themselves are entrepreneurial endeavors, and would benefit if they were able to raise larger amounts of capital so that they, in turn, could generate more fees to satisfy their operating expenses and invest even more in their onboarding and diligence processes. While it’s recognized by many regulators that the funding platforms have done an impressive job assuming their responsibilities under the Regulation Crowdfunding rules, even under the current confines of the rules over the last couple of years, the increase we’ve recommended would attract more companies to the program, fund worthy companies to a more appropriate level and consequently provide better more sustainable revenue for the infrastructure of the emerging Regulation Crowdfunding industry.

Attorney Douglas S. Ellenoff has been a member of law firm Ellenoff, Grossman & Schole LLP since its founding in 1992. Among other things, the firm specializes in crowdfunding law.