Point: SCOTUS got it right on Chevron

The Supreme Court’s Chevron decision—which called for courts to defer to agencies in filling in the gaps in silent or ambiguous statutes—makes a lot of sense. Unfortunately, the decision has often been misread by the lower courts, so the SCOTUS needs to reiterate what it said in Chevron. 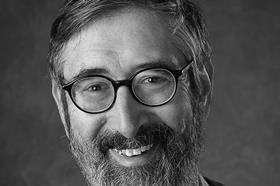 In Chevron, the Supreme Court reviewed a lower court decision holding that the Environmental Protection Agency (EPA) could not adopt a plant-wide definition of the term “stationary source” (a fixed emitter of pollutants).

The Court announced a two-step test for courts to use in judging whether a decision like EPA’s is valid. First, the courts should use all traditional tools of statutory construction—consideration of language, legislative history, legislative purpose—to decide whether Congress had spoken to the issue. Thus, if Congress had said that the plant-wide definition was impermissible, the agency decision would be struck down. And indeed in Chevron, the Court performed what it called a “labored review” of the Clean Air Act before concluding that Congress had not forbidden the plant-wide definition.

The Court should make clear that lower courts are supposed to do what Chevron says: perform a thorough review of whether Congress gave the agency authority to act as it did, and then weigh whether the agency engaged in reasoned decision-making in deciding the question.

This meant that the statute was silent or ambiguous on the issue.  In that case, the Court said, the agency is entitled to fill in the gap so long as the agency’s decision was a permissible construction of the statute. By this, the Court meant that the reviewing court should consider whether the gap-filling was reasonable rather than being the result a reviewing court would have reached.

This formulation makes a lot of sense. Judges are the experts on what Congress meant by a statute. Thus, it should be the reviewing court that decides whether the agency has gone outside the bounds of its authority.

On the other hand, consider a statutory gap, like the question of whether the EPA should adopt a plant-wide definition. This is an issue that requires agency expertise that belongs uniquely to the agency. For instance, the question of whether to allow the plant-wide definition involves knowing how the Clean Air Act’s new source provisions apply in practice and what the consequences are likely to be of following one definition rather than another.

In addition, filling in the gap requires a policy decision; for instance, how to balance the Clean Air Act’s purposes of cleaning up the air without excessive economic impact. Making that decision does not simply involve knowing science and economics. It also involves making a judgment about whether economics or the environment is more important. Policy decisions should not be made by unelected judges, but rather by those accountable, at least indirectly, to the political process.

So why is there so much controversy? The Chevron decision gives a lot of power to administrative agencies vis-à-vis Congress and the courts. Agency policy preferences will prevail so long as Congress has not spoken to the contrary. This troubled, for instance, Justice Scalia toward the end of his life.

The second reason is that some lower court decisions misread  Chevron. These courts seem to regard the first step as involving simply a superficial reading of the statute, and the second step as requiring only that the agency’s legal reasoning be rational. This abdicates the role that courts should have in judging questions of statutory meaning.

The Supreme Court may soon re-consider the Chevron doctrine. It is unlikely to abolish it because of the virtue of having the agencies decide questions that involve their expertise. Instead, the Court should make clear that lower courts are supposed to do what Chevron says: perform a thorough review of whether Congress gave the agency authority to act as it did, and then weigh whether the agency engaged in reasoned decision-making in deciding the question.

Craig Oren is a professor of law at the Rutgers Law School. He has been active on Clean Air Act issues since 1979 and has taught Administrative Law for over thirty years. Professor Oren has served on three National Academy of Science committees studying Clean Air Act issues and has written many articles concerning the Act.  He has been a visiting professor at the UCLA and University of North Carolina law schools.