The famous passage from James Madison in the Federalist Papers, Essay 51—“If men were angels, no government would be necessary”—reveals where the problems lie with Chevron deference, the judicial doctrine that says that in certain cases courts should defer to the interpretation of law used by the executive branch. Chevron deference accords the executive branch angelic status, rather than recognizing that it is staffed by fallible men, and that results in some devilish behavior. 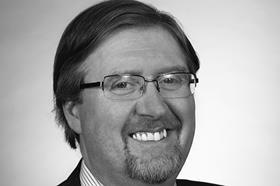 In the typical Chevron deference case, a citizen will have a grievance with an agency concerning an interpretation of the law. The court will first ask whether the statute is clear as to Congressional intent. If that is not the case, it will likely defer to the agency’s interpretation of the law, as long as it has some rational basis, even when the agency has changed course. In practice, this weighs the balance very clearly toward the agency and the citizen has little hope of prevailing in court.

Chevron deference therefore has perverse effects on the executive branch’s behavior. Agencies are emboldened to expand their power, knowing that as long as there is some rationale for the expansion, courts will agree with them. For instance, the Consumer Financial Protection Bureau (CFPB) changed a long-standing interpretation of the law regarding mortgage reinsurance and then fined companies retroactively for breach of the new interpretation. The Bureau argued that it was entitled to Chevron deference when one of the companies, PHH Corp., appealed. Thankfully, in this one case, the D.C. Circuit found that the Bureau had breached PHH’s due process rights and that there was no statutory ambiguity for the Bureau to exploit.

It’s time for the judiciary to end its doctrine of deference and, more importantly, for the legislature to stop passing ambiguous statutes. With fewer falsely anointed angels, we can help restore a government that’s truly for the people.

Yet where there is statutory ambiguity, agencies often issue interpretations, memoranda, and guidance documents explaining the agency’s position. There are more than 600 “significant” guidance documents currently in effect (meaning they likely cost the economy more than $100 million a year to comply with), and many more below that level. Thanks to Chevron deference, these documents have essentially the force of law.

Yet this “regulatory dark matter” has not been through the crucial notice and comment process required by the Administrative Procedure Act. That’s the process that gives people and businesses a chance to weigh in on policies that will impact their lives and livelihoods. Worse, most regulatory dark matter never even gets submitted to Congress for potential review. The privilege of deference has led to a certain contempt for the process. During the Obama administration, the Department of Labor issued a major policy change concerning people who work as independent contractors by means of a blog post.

Chevron deference undermines the integrity of the legislative and rulemaking processes and tramples the rights of the individual citizen. As Madison recognized, government is “the greatest of all reflections of human nature,” and therefore needs to be constrained if the rights of the citizen are not to be abrogated.

The Constitution was designed to divide power between the three branches of government, not have it hoarded by one. Madison recognized that if a branch were to be accorded the status of angels, it would seek to expand its power, in exactly the way that has happened: The judiciary deferring to the executive essentially is one faction of government ceding power to another. In cases in which the legislature has already ceded power to the executive by granting it rulemaking power, the problem is compounded. And it is the citizen, who is supposedly at the root of all government power in the first place, who suffers.

In a world without Chevron deference, the citizen won’t always prevail. But citizens can at least be assured that the judiciary will give them a fair hearing and that procedural justice will be done.

It’s time for the judiciary to end its doctrine of deference and, more importantly, for the legislature to stop passing ambiguous statutes. With fewer falsely anointed angels, we can help restore a government that’s truly for the people.

Iain Murray is a senior fellow with the Competitive Enterprise Institute, a free market public policy organization based in Washington, D.C.