6
Training methods for kids and employees aren’t that different 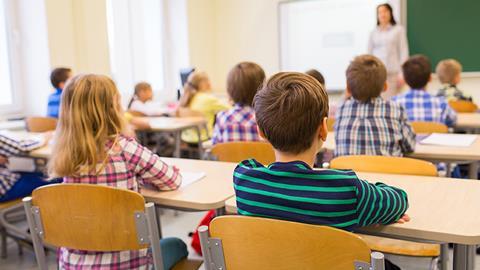 Training methods for kids and employees aren’t that different

Every teacher has a handful of students they remember in vivid detail. This is a story about one of mine. Let’s call him Frankie.

He entered my classroom on Day 1 with the swagger of a 12-year-old who had his peers in the palm of his hand. Other boys snickered loyally at his hushed jokes; girls smiled in spite of themselves at his antics. Frankie was the kind of student who could either be my biggest ally or my worst enemy. I’d taught others like him before and knew what I was in for: a 180-day tug-of-war for sway of the class.

I sat Frankie in the front of the room, near my desk. He retaliated by standing up, stalking toward the door, and shouting over his shoulder, “I’m going to the bathroom!”

Twenty-five heads swiveled in my direction. They’d seen Frankie take down teachers before.

“No, you’re not,” I responded calmly. “We have policies and procedures for using the bathroom, which I’ll go over when I’m finished assigning seats. Now, please, sit back down.”

Frankie looked at me, looked at his friends, looked at the door, looked back at me, then back at the door. I could practically hear his wheels turning, calculating his next play. Eventually, he landed on: “Well then, I’ll need a pot to piss in.”

The silence in the room was deafening. Whatever came next—however I chose to react to this bait—meant everything.

If there is one thing I learned from teaching middle schoolers, it’s how to get people to do things they don’t want to do. Try forcing 90 12-year-olds to pay attention to subordinate clauses and you’ll see what I mean.

Truth be told, I find adults to be a lot like kids. They have the same aversion to undue obligations, the same short attention span, the same tendency to fall into patterns of bad behavior if the cultural climate permits it. They’re often just savvier at hiding these inclinations.

Corporate compliance training, while wildly different in many respects from running a seventh-grade classroom, shares some unlikely parallels with teaching kids. Both endeavors attempt to formatively shape the ethical behavior of humans; to foster a culture of accountability and integrity in a contained group; and to persuade others to follow not only the language of the law but the spirit of it—with sincerity and conviction.

Truth be told, I find adults to be a lot like kids. They have the same aversion to undue obligations, the same short attention span, the same tendency to fall into patterns of bad behavior if the cultural climate permits it. They’re often just savvier at hiding these inclinations.

Adults are also like kids in the sense that they are malleable; they respond to social norms, cultural influences, and explicit rules often without conscious awareness. This can be good or bad. Textbook examples of this phenomenon can be found everywhere, from Asch’s studies of conformity in the ‘60s to the now infamous case of Theranos in 2018. Hundreds of Theranos employees abided by a toxic (not to mention fraudulent) work environment due to complex circumstances tied to unchecked power of executive leadership, manipulation techniques such as gaslighting and/or outright threats, siloing, and more.

Corporate compliance training is all about helping organizations establish and maintain a culture that upholds an explicit value system and demonstrates commitment to compliance with the law.

Classrooms are no different. The teacher, the executive leader, sets the tone and plants the seed for a productive classroom culture. Teachers do this by establishing explicit policies and procedures—such as raising one’s hand to use the bathroom and signing a record book on the way out the door—as well as other classroom expectations and norms. Many teachers reinforce their value systems visually in their classrooms. They hang prominent posters encouraging students to respect each other’s ideas, for example. In my classroom, I required students to respond to one another in the form of a “compliment sandwich:” begin with a positive observation of your peer’s contribution, follow it up with a constructive criticism, and end with another positive comment. By prescribing politeness and common courtesy like a step-by-step manual, I trained my students to engage in their social interactions and intellectual discourse appropriately. Over time, as maturity kicked in, the compulsory training wheels fell away, but the cultivated habit of speaking to one another respectfully—at least in my classroom—remained.

What are some methods I used to train my kids to comply with my rules and value system? The same ones an effective corporate compliance training program can employ:

I consistently modeled the behavior I wanted to see. The best way for executive leadership to demonstrate commitment to their own prescribed ethics is by living by them. If I wanted my students to comply with my rules of speaking calmly and saying “please” and “thank you,” I needed to do the same (no matter how much they tested me).

I made my policies, but I gave students an opportunity to own them, too. A compliance training program’s long-term success relies on collective ownership; if employees feel like they “own” the program in some way, they are more likely to feel they have a vested interest in its success or failure. In the case of my seventh-grade classroom, I laid out my expectations of them but also offered students an opportunity to vocalize their expectations of me and of each other. Then I honored and upheld my commitment to their expectations throughout the year. This gesture encouraged student buy-in and ultimately mutual support.

I offered hands-on training of my policies. No one likes being lectured at length. Furthermore, it’s not typically a preferred way of learning. Hands-on training gives people the chance to apply what they are learning in real time and metabolize it on a personal level. One way I offered interactive training with my policies was by giving students an ungraded “quiz” on my homework, testing, and attendance policies. Another way was by reviewing the policies orally and giving out stickers to students who shared the right answers. (Stickers are very incentivizing to 12-year-old humans, but your company can come up with its own carrots).

I allowed my students to learn at their own pace. Everyone learns at a different speed, and one accommodation people tend to appreciate is time. Not every student will remember the two-step bathroom policy on the first day; for some, it takes months to sink in. Maintaining an air of patient reinforcement of the rules, even as time went on, always helped establish student buy-in in the end. The students all got there eventually, and by giving a grace period, I earned their genuine respect for my policies, too. The way this translates for compliance training programs is by allowing employees to complete training on their own time schedule (within reason). That way, employees are less likely to resent the policies or rush to get through them. Instead, they’ll let them marinate over time and come around to them on their own.

Getting back to Frankie, you might be wondering what I did next, or perhaps you have a guess.

What I did not do is rake him over the coals in front of his peers (though I’m sure they would’ve appreciated the entertainment). I did not raise my voice, throw him a withering look, or even penalize him in the moment. Instead, I directed him back to his seat politely, and—as one might do with a toxic employee threatening to poison the impressionable culture of a group—I told him that he and I would address the behavior privately after class. The benefits of this maneuver? The rest of the students witnessed me complying with my own expected behaviors, and Frankie got to sweat it out for the remaining 53 minutes of class. Don’t worry; Frankie and I had a good, productive conversation, and he did get to go to the bathroom … eventually.