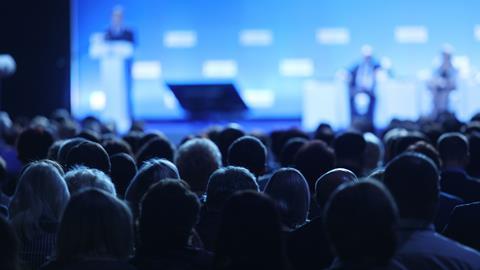 It sometimes takes a Top Mind to spot a kindred spirit.

Hunt reached out to us about Pachman, granting him a nickname that may very well start to stick throughout his career: “The phoenix.”

“At every company that he had been at he has taken the ethics and compliance program and raised it from the ashes to be a world-class program,” she explained. 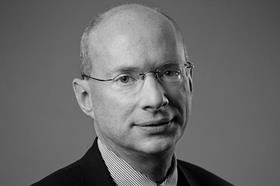 Quote: “There’s always been a lot of discussion about compliance versus ethics. A lot of people have the title of chief ethics and compliance officer and, yet, there’s always people that will say, ‘hold on … compliance is more legalistic, in some ways it’s black-and-white-type rules.’ Ethics is more about doing the right thing and company culture.”

“Besides being brilliant, Matt is an effective executive that gets things done no matter how tough the situation or small the budget,” Hunt told us. “His personal style of infusing humor and storytelling into his interactions makes him a person that everyone trusts and gives him the ability to get those that seem miles apart to be on the same path. He builds where there were silos; he helps end territorial fights and eliminates the confusion that often exists in the investigation process.”

We will get to those organizations that inspired the mythological bird comparisons in just a bit, but first more about Pachman.

Prior to joining FTI Consulting in 2012, Pachman served as the vice president and chief compliance officer at Altegrity, a position he held until 2010. He was also chairman of the Ethics & Compliance Officer Association and director of the Ethics Resource Center.

In Pachman’s current role at FTI, he has a responsibility not many in the compliance world have on their plate: overseeing certain insurance policies.

“At a financial institution, the risk function might be divided among several people, each responsible for a different kind of risk,” he explains. “In my case, it’s a little bit closer to the traditional compliance role where I’m responsible for doing annual risk assessments for the entire company and brought in to talk about different types of risk, if we’re thinking about a particular new piece of work or a new business line.”

“Lastly, I am responsible for insurance. Not things like health- or employee-type insurance, but professional liability and other types of products, like directors’ and officers’ liability Insurance. That’s something I’ve had to learn,” Pachman says.

“Insurance may be one more thing to do, but it does not have that sort of philosophical tension that you get when you talk about ethics versus compliance, or ethics and compliance versus the legal department. There’s always been discussion about compliance versus ethics,” he adds. “A lot of people have the title of chief ethics and compliance officer and, yet, there’s always people that will say, ‘hold on … compliance is more legalistic, in some ways it’s black-and-white-type rules.’ Ethics is more about doing the right thing and company culture. That debate has gone on for a long time.”

Another interesting compliance debate is the transformation of compliance officers. Many now tackle corporate culture measures and absorb ethics and risk management demands.

Pachman says that among the forces that helped create and professionalize compliance in the 1990s was the Department of Defense’s focus on ethics known as the Defense Industry Initiative. It currently exists as a nonpartisan organization comprised of representatives from nearly 80 member companies, primarily from the aerospace and defense industry, that perform U.S. government contracting. The DII’s mission is the continued promotion and advancement of a culture of ethical conduct in every company that provides products and services through government contracting.

Still evolving Federal Sentencing Guidelines and a focus on the Federal Corrupt Practices Act by the Department of Justice further charged-up a focus on corporate ethics.

The FCPA, is “the poster child” for compliance departments growing and being stretched to their limits in those days, Pachman says. “This became much more and more of a worry for companies. Indeed, I used to have to remind people that compliance isn’t just about anti-corruption, compliance, or FCPA compliance, because it was for a while several years ago. It was easy to lose sight of these other things.”

With once distinct functionary lines redrawn, how does Pachman conduct compliance- and ethics-related employee training?

“I do a lot of live training. We have locations in many countries. I try and travel around and visit the offices,” he says. “I want the people there to get to know me. Having people get to know you is a way to establish trust, so that they’re more likely to contact you if they have a question or, more importantly, a problem.”

“When I do live training, I try to make it funny,” Pachman added. “When you get up there, everybody’s expecting to see Ben Stein from Ferris Bueller’s Day Off. If you can work in some humor, your audience will be pleasantly surprised.”

Pachman also mixes in “true, but sanitized stories about things that have happened at a company.”

“There’s usually at least one good story in each of the areas,” he says. “That’s where you get people’s attention. People don’t think these things can happen where they work. They assume that you’re not going to talk about it in blunt terms, or you’re going to be generic. You have to sanitize it appropriately, but it gets people’s attention. And, if you can make it a little bit funny, because you make fun of either yourself or something dumb the bad guy did, it gets people laughing a little bit throughout. They stay awake, and they stay engaged.”

Now, back to Pachman’s view of building a new and improved compliance program out of the ashes of a scandal.

On two occasions he has been asked to decontaminate toxic cultures. 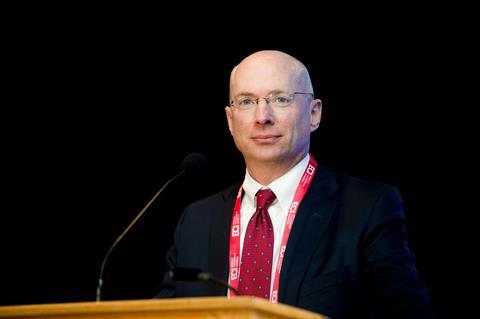 “When I do live training, I try to make it funny,” says Pachman. “If you can work in some humor, your audience will be pleasantly surprised.”

One was MCI, the former WorldCom. In 2003, it settled accusations of fraud by the Securities and Exchange Commission by paying a $500 million penalty. The penalty was the largest ever sought by the Commission, and was, in large part, a reaction to the accounting scandal that rocked an earlier MCI and WoldCom merger. Pachman served as chief ethics officer at MCI Inc. after being appointed to that position by its general counsel in August 2002 following the revelations of fraud by former WorldCom executives.

His next stop was reshaping yet another scandal-ridden company, Freddie Mac, where he served as VP, compliance-ethics and business practices. Prior to his arrival, the mortgage finance company and top executives were fined by the SEC for fraudulently misstating earnings by more than $5 billion over a four-year period. Pachman led enterprise-wide ethics and compliance functions and managed the team responsible for the code of conduct program, including maintenance of code-related policies, development and implementation of training programs, internal investigations, and certifications.

“At a high level, what I would say is that you’ve got to understand the employee base and other stakeholders of the entity for which you’re trying to build or rebuild culture,” he says. “Where I think people make a mistake is in relying too heavily on cookie-cutter solutions. Unlike when I started doing this kind of work at MCI, you can now find really great literature on how to build an ethics and compliance program on the internet.”

Those blueprints and building blocks may work great in generalities, but they fail to take into account the range of emotions experienced by affected employees.

“In the wake of a leadership failure and criminal-type activity, some companies’ employees will react like, ‘Oh, my gosh, we need a shower as a company.’ They are more than happy to do whatever you ask of them from an ethics and compliance standpoint, because they feel like, ‘Yes, we need this, we need this to improve our own reputation.’ They believe that they are getting slammed in the press unfairly, just because they work for the company. They internalize that and they are happy to wave the banner of ethics and integrity,” Pachman said.

“There are other companies, however, where the employee base may feel that either they or the company are being unfairly impugned, that they do good work, and that they do important work,” Pachman adds. “Just because a couple, or a handful of people at the top have done something wrong, they’re being not only dragged through the mud, but they also now have to do all this ethics and compliance training and everything else. ‘Why should we have to do that when we didn’t do anything wrong? Make the bad guys do it.’ ”

Those two extremes, both of which are from real life, that mean you’re going to approach your culture change differently,” Pachman says. “For the first group, you want to encourage them that it’s a new day, and you appreciate their help.”

“For the second group, it’s a different approach,” Pachman adds. “I think you want to say to them, ‘Look, you guys have been good employees and, unfortunately, in order to restore faith in the company, we need to do these things, and everybody needs to be part of it. We’d really appreciate your help.’ It’s only a slightly different message, but it resonates with the people that are receiving it. If you mess that up, on either side by the way, you can turn off people to the whole program.”