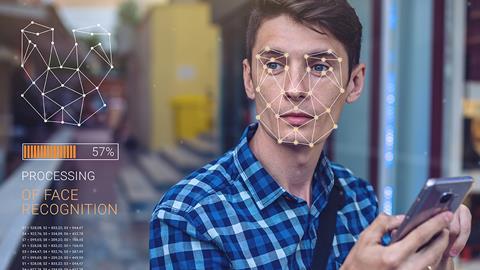 With correspondence dated March 28, the Securities and Exchange Commission has decided to allow an Amazon shareholder’s proposal—demanding more information on the company’s use and sale of facial-recognition technology—to proceed.

The shareholders wrote that they were “concerned that Amazon’s facial recognition technology, Rekognition, poses risk to civil and human rights and shareholder value.”

“Civil liberties organizations, academics, and shareholders have demanded Amazon halt sales of Rekognition to government, concerned that our Company is enabling a surveillance system ‘readily available to violate rights and target communities of color,’ ” they wrote. “Four hundred fifty Amazon employees echoed this demand, posing a talent and retention risk.

”Rekognition contradicts Amazon’s opposition to facilitating surveillance,” the activist shareholders added. They “have little evidence [Amazon] is effectively restricting [its use] to protect privacy and civil rights.”

In contrast, they added, Microsoft has called for government regulation of facial recognition technology, saying, “if we move too fast, we may find that people’s fundamental rights are being broken.”

The second submitted proposal requests the Board commission an independent study of Rekognition and report to shareholders. The requested report would examine: the extent to which such technology may endanger, threaten, or violate privacy and or civil rights and unfairly or disproportionately target or surveil people of color, immigrants, and activists in the United States; the extent to which such technologies may be marketed and sold to authoritarian or repressive foreign governments; and the financial or operational risks associated with these human rights issues.

Amazon claims that both proposals should be excluded under subsections of Rule 14a-8 because, under the rule’s several criterial for omission, they relate to the company’s ordinary business and/or operations that are not economically significant or significantly related to the company’s business. The second proposal, Amazon also argued, is also substantially similar to the language in the first shareholder petition.

The SEC’s Division of Corporation Finance, however, disagreed with these arguments and supported the inclusion of the resolutions in proxy materials. It told Amazon and its legal team that it was “unable to conclude that the proposals are not otherwise significantly related to the Company’s business.”

“In our view, the Proposals transcend ordinary business matters,” it added. “The Board of Directors did not provide an opinion or evidence needed to support the claim that the issues raised by the Proposals are ‘an insignificant public policy issue for the Company.’ While the submission of such an opinion is not obligatory, in this instance the subject of the proposals has been in the center of a highly visible debate and controversy, implicating privacy, discrimination, and civil liberties concerns, making a compelling case for its significance as a public policy issue. In fact, after submission of the Company letter, another spokesman for [Amazon] has called for government regulation of its facial recognition technology, an acknowledgment that existing laws and regulations are inadequate to effectively control the controversial impacts of the technology.”

The Division continued: “The facial recognition software is a high visibility offering of an estimated $23 billion revenue segment of the Company, Amazon Web Services. The controversy surrounding the technology threatens the relationship of trust between the Company and its consumers, employees, and the public at large. The company’s products include a number of other products—Alexa, Ring, and Eero—that will face a spillover effect if Amazon’s status as a trusted company is breached by concerns about privacy and surveillance. Moreover, in addition to the Company’s unique exposure to risk by virtue of it being a business operating in the technology sector, it also has a product pipeline and pending patent applications which demonstrate the trajectory of the company is on a collision course with just such concerns.”

The Division also rejected the claim that the second proposal should be disallowed because it was too similar to the prior resolution.

It is important to note that the Division’s no-action responses to Rule 14a-8 exclusion requests reflect only its informal views. The determinations reached in these no-action letters cannot adjudicate the merits of a company’s position with respect to the proposal. Only a court such as a U.S. District Court can decide whether a company is obligated to include shareholder proposals in its proxy materials.