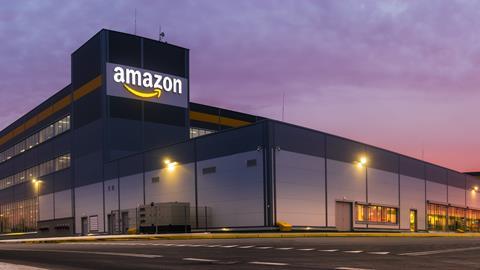 Under the guise of Star Wars Day, and with Darth Vader trending worldwide, a new contender emerged for the title of Biggest Coronavirus Villain.

Unfortunately, though not surprising, the ongoing pandemic has exposed a number of bad actors in the business world. But perhaps none have been dealt a blow as damning as the one Amazon CEO Jeff Bezos received Monday (May 4) when a now-former Amazon Web Services vice president revealed he had “quit in dismay” over the company’s characterization and treatment of its whistleblowing warehouse workers.

Even before coronavirus, Amazon has come under fire numerous times for the way it runs its warehouses. With endless demand from its hundreds of millions of customers—many of which are guaranteed two-day shipping through Prime membership—Amazon’s workers, on their $15/hour wages, are subject to conditions often said to have come at the expense of their personal health.

White noise though, right? How many times have we heard the story of the maligned worker, only for it to not affect our consumer habits? At the same time whistleblowers like Christian Smalls—you know, the “not smart or articulate” face of the movement—and others were emerging from Amazon warehouses across the country to bring attention to poor workplace conditions as the pandemic grew in scope, the company was on its way to a first quarter of $75.5 billion in net sales.

This is why Tim Bray’s display of solidarity is so significant and hits much harder for Bezos & Co. Bray was one of them, working at the executive level. He wrote his decision will “probably cost me over a million (pre-tax) dollars, not to mention the best job I’ve ever had, working with awfully good people.” Taking Bray’s words at face value, it’s easy to believe this is not a choice he wanted to make but felt he needed to make—to escape “evidence of a vein of toxicity running through the company culture,” as he described it. An original version of the blog post, which Bray amended to remove some of his harsher rhetoric, described Amazon’s decisions as “designed to create a climate of fear.”

“VPs shouldn’t go publicly rogue, so I escalated through the proper channels and by the book,” Bray wrote. “… Remaining an Amazon VP would have meant, in effect, signing off on actions I despised. So I resigned.”

This should be particularly disconcerting to Bezos. If Bray shared his feelings internally, one would have to imagine word got to the CEO’s ears. That nobody was able to convince Bray the company was in the right is telling, and it comes as Amazon is trying to convince us it is doing all it can to protect its employees despite evidence to the contrary.

“Under normal circumstances, in this coming Q2, we’d expect to make some $4 billion or more in operating profit,” said Bezos in the company’s first-quarter financial report. “But these aren’t normal circumstances. Instead, we expect to spend the entirety of that $4 billion, and perhaps a bit more, on COVID-related expenses getting products to customers and keeping employees safe.”

Amazon came at the pandemic the right way when it didn’t hesitate to raise its minimum wage for warehouse workers to $17 and guaranteed to create jobs. And it would be great to believe what Bezos is saying now. But, as Bray writes, we must also believe the worker testimony, especially as they continue to organize walkouts. We’ve all acknowledged the heroes of this pandemic are the frontline workers, but that doesn’t mean the companies they work for can’t be villains, especially if those companies treat the workers as “fungible units of pick-and-pack potential,” as Bray describes.

The hope is Bezos and Amazon find our lack of faith disturbing.