13
Law enforcement reform should take a cue from compliance
Opinion

Law enforcement reform should take a cue from compliance

As a white male living in a largely white suburban community, I can’t speak to the anxiety an African American might feel walking through a neighborhood like mine. Or the fear that might grip a black male as he’s getting pulled over by a police officer. But I need to acknowledge these feelings exist.

Having the humility to know what you don’t know, to acknowledge your life experience is different than those of another skin tone—and in my case, let’s face it, easier—and to listen to the perspectives of the disenfranchised is a good first step in affecting change. 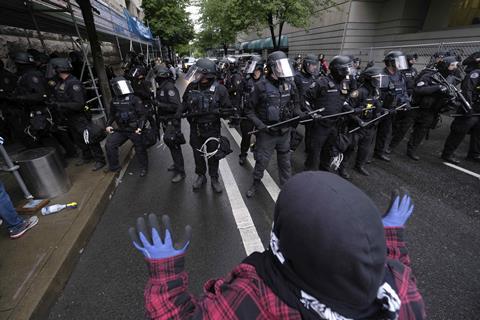 Step 2 is much more difficult. It requires amplifying the voices of those who for so long have gone unheard or ignored. It means condemning injustice and inequity where you see it and having difficult conversations (mostly listening) and following up with actions.

At the recently concluded Compliance Week Virtual Conference, former U.S. Ambassador to the United Nations Samantha Power called the coronavirus pandemic a “hinge in history.” I believe that the string of worldwide protests after a black man, George Floyd, was killed in police custody presents us with another “hinge” if we as a society have the courage to embrace it as an opportunity to create real change.

That opportunity, as presented eloquently by ethics innovator and friend to Compliance Week Asha Palmer, is to hold people in power accountable for their actions, a practice that compliance is already quite familiar with. As a community, compliance leaders are the evangelists for doing the right thing, going against the grain in the face of pressure, introducing the uncomfortable, and speaking truth to power.

Compliance leaders are also quite familiar with the seven pillars of an effective and empowered compliance program. It’s fair to wonder, then, why such a system of accountability that’s required for a company in a highly regulated industry is not mirrored more in government or law enforcement. Just as companies must answer to their stakeholders, our public leaders and institutions need to be held more accountable to their constituents.

“Expecting changes in behavior without making changes in accountability is futile, at best,” Palmer wrote recently, speaking with the perspective of a black woman, but also someone who has been both an in-house compliance leader and an attorney with the Department of Justice.

For starters, she suggests a tighter audit of police body cam footage, aligning police officers’ pensions to their ethical conduct, and appointing an independent monitoring body for spot checks. In other words, she’s proposing a transparent system of checks and balances outside of the traditional chain of command—just the type of thing you’d expect from a robust compliance program.

In a self-published column headlined “How to Make this Moment the Turning Point for Real Change,” former President Barack Obama echoed the call for reform to the policies and procedures that govern our police forces and justice system.

“The more specific we can make demands for criminal justice and police reform,” he wrote, “the harder it will be for elected officials to just offer lip service to the cause and then fall back into business as usual once protests have gone away.”

There’s another component to bringing about lasting change, of course. Specific compliance measures might change behavior, but changing attitudes requires a lot more work. It requires an ongoing dialogue to understand generations of racial inequities and of subtle microaggressions. It requires standing together, no matter race or gender, in peaceful protest of racial injustices wherever they occur. And it requires education, training, listening, and understanding.

The scenes from recent days of police marching side by side with people in the communities they’re charged to protect have been hopeful signs, but disturbing images of police clashing with protesters show there is still a lot more work to do.

“If we want our criminal justice system, and American society at large, to operate on a higher ethical code, then we have to model that code ourselves,” wrote President Obama, referring to the incidences of violence that have erupted amid the peaceful protests.

Perhaps there is a lesson from compliance here, too. Good ethics within a group don’t just happen over time, there must be an intentional effort to educate all stakeholders. Just as compliance consistently reinforces messages of ethical behavior in a business environment (“we don’t pay bribes to government officials; that’s just not what we stand for”), so too must educators, government, and community leaders do the same (“we treat all people equally and with respect; we put humanity first because that’s what we believe in”).

These changes in attitude take time, but when leaders (in business or in government) are intentional in their efforts and when those efforts are consistently reinforced by actions and frameworks for accountability, that’s when cultural change can happen.