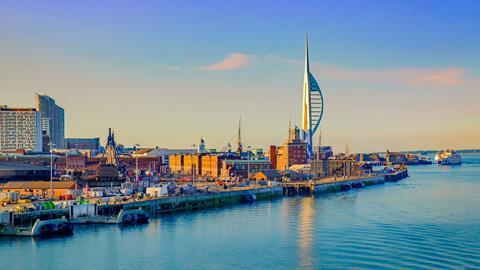 Amid industry crackdown, U.K. audit firms evolving with the times

It’s been an intense year for the audit industry in the United Kingdom—and things are expected only to get tougher as a new audit regulator, with new leadership and stronger statutory powers, prepares to take the reins. Amid the industry crackdown, audit and accounting firms are making important changes of their own.

According to the Financial Reporting Council’s first ever annual review of its enforcement activities, the past year has been an especially active one for sanctions against audit firms. The FRC said it issued £42.9 million (U.S. $52.6 million) in total fines for cases concluded in 2018-19, nearly triple the £15.5 million (U.S. $19 million) in fines issued over the same period last year.

The stepped-up enforcement comes at a time when the soon-to-be abolished FRC has fallen under heavy criticism for demonstrating a lack of oversight of the audit profession. “Recent corporate collapses have brought corporate reporting, governance, and the role of audit under intense scrutiny with fundamental questions raised from many quarters as to the function of audit and whether it is meeting society’s needs and expectations,” the FRC said in its review.

Among all firms, KPMG U.K. has been hit with the highest sanctions—both in number and amount—totaling £18.5 million (U.S. $22.7 million) in four separate cases for various audit failures and misconduct. This total does not include the £5 million (U.S. $6.1 million) sanction it received from the FRC on Aug. 1 concerning KPMG’s bungled preparation of client asset reports for BNY Mellon in 2011.

At £23 million (U.S. $28.2 million), including a £6.5 million (U.S. $8 million) fine issued by the FRC on June 13 in relation to its audit of Redcentric’s financial statements for fiscal years 2015 and 2016, PwC faced the second highest in total penalties and the highest single fine of any firm over the last year.

In August 2018, PwC was fined £10 million (U.S. $12.3 million) over numerous allegations of misconduct concerning multiple areas of its audit of now-collapsed British retailer BHS. The FRC said PwC failed to consider several red flags that “should have appeared to the auditors to cast significant doubt over BHS’s ability to continue as a going concern and therefore to require further investigation.”

Particularly novel about the PwC enforcement action were the non-financial penalties the FRC imposed, including a condition for PwC to monitor and support its Leeds audit practice for three years and to review and, if necessary, amend its policies and procedures to ensure it subjects its high-risk or high-profile private companies to an engagement quality control review.

“In order to maintain our investments to deliver consistent high-quality audits, ensure the profession remains attractive to top talent, and meet the increased costs of regulatory compliance, it is clear that audit fees must rise.”

“Improved behavior by those we regulate requires recognition that where failures occur, their root causes must be identified, effectively addressed, and reported to us,” said FRC Executive Counsel Elizabeth Barrett. “Where such cooperation occurs, due credit will be given; where it does not, consequences will be severe.”

Many significant probes have yet to conclude and, thus, were not part of the FRC’s annual review. Among those investigations:

Stepped-up enforcement activity in the audit industry comes alongside mounting pressure from U.K. lawmakers who are demanding significant reforms in the sector. Some have proposed breaking up the Big Four audit firms, while others have proposed forcing the separation of auditing from consulting services to prevent potential conflicts of interest.

In another move, following last year’s scathing review of the FRC by Sir John Kingman, wheels are in motion to replace the regulator with the newly created Audit, Reporting, and Governance Authority. This new regulator would have power to regulate the biggest audit firms directly, rather than those being delegated. Additionally, greater sanctions will be available in cases of corporate failure, “including new powers to require rapid explanations from companies and in the most serious cases publish a report about the company’s conduct and management,” the U.K. government stated.

Under intense pressure to enhance operations, audit firms are responding accordingly. KPMG could not be reached for comment, but audit firms who did respond to requests for comment all said they are making significant investments in their people, technology, and processes.

“Over the last year, we have been listening to the views of a wide range of stakeholders about the future of audit, exploring how it needs to change to meet society’s evolving expectations,” said Hemione Hudson, head of audit at PwC U.K. In response, PwC U.K. in June 2018 introduced a package of measures designed to ensure it delivers consistently high-quality audits, Hudson said.

Hywel Ball, EY’s U.K. head of audit, said EY has made similar investments since establishing its long-term audit quality program and a dedicated audit quality board five years ago. During that period, EY U.K. increased its investment in audit quality compliance to £25 million (U.S. $30.7 million) annually and has increased by 25 percent over the last year the number of people dedicated to the audit quality program. “We are also continuing to invest heavily in new technology and training for our people,” he said.

These investments, however, are coming at a cost for audit clients as well in the form of higher fees. “In order to maintain our investments to deliver consistent high-quality audits, ensure the profession remains attractive to top talent, and meet the increased costs of regulatory compliance, it is clear that audit fees must rise,” Ball said.

“It is important that the economic returns of audit support the financial resilience required and that the companies we audit are also committed to quality governance and corporate reporting,” added Ball. EY said it has reached out to the audit committee chairs of its largest-listed clients “to explain the current audit market dynamics, the investments we are making, and the associated implications for their audit fee.”

In more extreme instances, audit firms are opting to dump their high-risk clients altogether. PwC, for example, said it is “undertaking a comprehensive review of the entities that we audit to ensure we achieve a return that allows continual investment in and focus on quality.”

In another example, Grant Thornton on Aug 14 informed Sports Direct International that it was resigning as its auditor, leaving the company scrambling to find a replacement ahead of its annual general meeting of shareholders on Sept. 11. The move comes amid an ongoing FRC investigation into Grant Thornton’s audit of the financial statements of the troubled sports retail company following its bombshell revelation of a £616m (U.S. $755.3 million) tax bill from Belgian authorities.

Sports Direct may be the poster child for how intense the audit sector is feeling right now, based on the company’s own admissions that it does not believe a firm outside the Big Four would be “able to cope” with its auditing requirements, but that “early discussions with the Big 4 have thrown up some barriers.” And now there is word that MHA Macintyre Hudson is engaging in talks to be its next auditor

MHA Macintyre Hudson Chairman Rakesh Shaunak reportedly told the Evening Standard, “We have had initial conversations not with [CEO] Mike Ashley but his emissaries. We expect to take part in the tendering process, although we want to know the full reasons why Grant Thornton quit.”