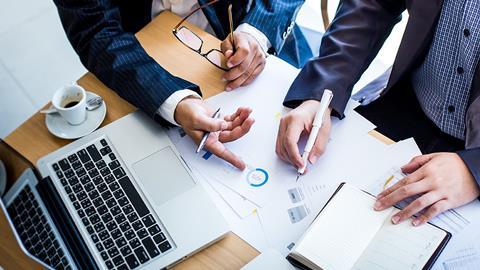 A new report by analysts is advising investors to buckle up in preparation for first-quarter results that will, for the first time, include leases on the balance sheet.

Public companies will begin reflecting their lease-related assets and liabilities in financial statements with their first-quarter filings under Accounting Standards Codification Topic 842. Companies that report under International Financial Reporting Standards (IFRS) will also begin reporting leases in financial statements, although the standard under IFRS requires a different approach that investors will need to understand, says the CFA Institute. Most notably, the IFRS standard requires all leases to be treated as finance leases while the Generally Accepted Accounting Principles (GAAP) standard distinguishes between finance and operating leases, which affects the recognition through income.

“The impact of the new IFRS and U.S. GAAP leasing standards will be greater than market participants might think,” says the CFA Institute report. “The complexities brought about by different IFRS and U.S. GAAP treatments, different transition methods, increased leverage, and the potential that leverage might be higher or lower than previously estimated by investors are issues that investors will need to digest.”

ASC 842 is a long-awaited change to financial reporting for investors. Analysts and investors have trolled through footnotes for years looking for lease obligations and adjusting their own models accordingly, but now the reporting in financial statements under different rules forces markets to rethink how they read financials.

“Analysts will need to do much more than look at the new lease liability on the balance sheet,” the  CFA Institute says. “Investors must understand the various methods of transition to the new standard, the fact that most companies won’t restate prior periods, and the differing treatment of leases under U.S. GAAP and IFRS.” They’ll also need to bone up on the key assumptions management uses to arrive at its numbers, like the selected discount rate, along with effects on ratios and common non-GAAP measures.

The CFA Institute report explains the new accounting and raises a number of issues for investors to consider and explore, including financial statement line items that will be affected, disclosures, possible changes in cash flow and ratios, and effects on non-GAAP measures.

The report also explores the question of how markets might react. “Of course, nobody can tell,” it says. It depends on the extent to which investors understand what’s happening; how they react to the new levels of leverage, especially with some industries more affected than others; and what disclosures companies make, both in financial statements and in non-GAAP adjustments.

“If details are not well-disclosed leading up to the implementation, shocks might be the norm when the standard is implemented as some companies may have very significant ratio changes,” the report says. “It is critical that firms make these disclosures well, and if they are not doing so, it is even more critical that investors consistently petition firms to make these disclosures.”