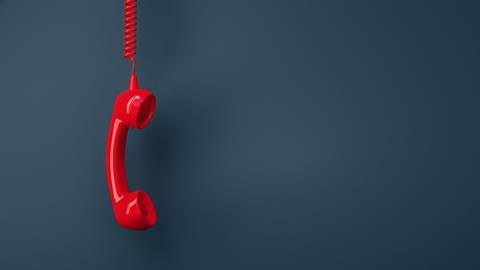 As part of a tweaked approach to regulating public company audit work, the Public Company Accounting Oversight Board recently indicated it wants to interact more with audit committee members in the context of its inspections process. The board’s strategic planning process in 2018 revealed audit committees would like a chance to chime in on inspections issues, the PCAOB said.

The revelation that the PCAOB is planning to engage audit committees raised the eyebrows of some in the legal community, who are warning audit committees to respond with caution. “This is new,” says Steve Quinlivan, a partner at law firm Stinson Leonard Street. “Nobody really knows what they’re up to.”

The alert says nothing further about the board’s plan to reach out to audit committees, but PCAOB Chairman William Duhnke offered a little more color. In a statement, Duhnke said the board heard through its strategic planning process and external outreach that audit committees want to engage “more often and more directly” with the PCAOB, both with board members and staff.

With five new members on the five-seat board, the PCAOB spent the early part of 2018 engaged in an extensive survey and outreach process to establish a strategic plan. That included a reconsideration of how the board performs inspections. The PCAOB’s inspection process, the most visible and most controversial activity at the PCAOB, has delivered harsh results across all the major firms for several consecutive years.

One of the historic criticisms of PCAOB inspections is the secrecy behind whose audits are described in inspection reports containing sometimes numerous audit deficiencies. Audit committees have no way of knowing if their own audit was the subject of inspection, much less regulatory criticism, unless they ask auditors and get frank answers.

“A voluntary discussion during our inspections process is one of the many ways in which we plan to expand our outreach with them and enhance our inspections program in 2019,” said Duhnke in his statement. “This opportunity will provide audit committees with insight into the PCAOB and allow us to hear their views on areas of mutual importance, such as audit quality.”

Attorneys like Quinlivan worry about what kind of questions the PCAOB might ask of audit committees and what kinds of risks those discussions might produce. “If (the PCAOB) finds any kind of deficiency, it could call into question the audit committee’s supervision,” he says. Audit committees are required under Sarbanes-Oxley to hire and supervise external auditors.

The PCAOB has no direct authority over audit committees, says Quinlivan, so any interaction with the board or its inspections should be regarded as entirely voluntary for audit committees. “They don’t have the ability to sanction audit committees, but they can refer out any information to other law enforcement authorities, which could include the Securities and Exchange Commission,” he says.

“If (the PCAOB) finds any kind of deficiency, it could call into question the audit committee’s supervision.”

Claudius Modesti, a partner at law firm Akin Gump and former enforcement director at the PCAOB, says the board has reached out to some audit committees historically. “They may not have done it consistently or systematically with all of its inspections,” he says.

Now the board appears to be reaching out in a more broad-based way, says Modesti, providing audit committees with more insights into what inspectors are focusing on. “While it’s certainly an iteration of procedures they’ve done in the past, I don’t view this as something completely new and different,” he says.

The PCAOB has long regarded audit committees to be important stakeholders in the financial reporting process, says Modesti. There are plenty of potential topics it might logically want to discuss with audit committees, he says.

Board members or inspectors might ask about auditor independence, cyber-security, and the challenges around multi-location audits, especially in other countries, says Modesti. They might also want to discuss communications auditors are required to initiate with audit committees, audit quality indicators, implementation of new accounting standards, or emerging technologies. “I would expect board inspectors to keep it at an appropriately high level of discourse,” he says.

Audit committees should keep in mind that there’s always some level of risk when interacting with a regulator, says Modesti, but that shouldn’t deter audit committees from engaging in the conversation. “It’s a voluntary exercise,” he says. If the PCAOB asks questions that audit committee members find particularly challenging, they can simply defer and ask for more time to respond. “I don’t think there will be undue pressure to deliver any and all answers on the spot.”

Audit committees can also take some time to prepare for the conversations, says Modesti. “Getting advice of counsel is probably a good idea for audit committees as they engage in this type of process.”

The PCAOB says its 2019 inspections will focus not only on audit procedures and implementation of new accounting and auditing standards, but it will also look at technology issues, audit firms’ responses to prior inspection findings, audit firms’ systems of quality control, and auditor independence. Those are all areas of potential discussion between audit committees and auditors. “There are a lot of things folks can do to prepare,” he says.