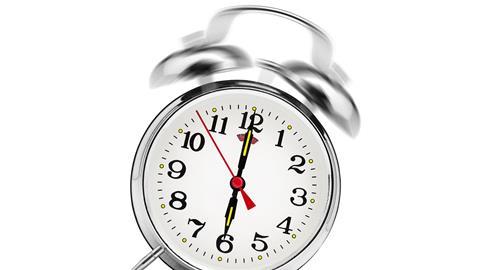 When the economy starts to sour, accounting standards will push it faster and further in that direction, in the view of financial institutions preparing for new loan loss rules.

“What we are seeing is worse than we expected,” says Daryl Bible, chief financial officer and senior executive vice president at BB&T Corp., a North Carolina based publicly held bank holding company. With more than $220 billion in assets at the end of 2017, the company describes itself as the eight-largest financial institution based on deposits in the United States.

“The mortgage portfolio could have a change in reserves of one to seven times. The nonprime portfolio would make it really, really onerous to lend to them when economic conditions deteriorate. We are incented not to lend. All of this plays into the procyclicality.”

The CECL approach does away with the current “incurred loss” approach, which requires companies to report losses only when they are virtually certain to occur. That approach came under fire in the aftermath of the financial crisis, which erupted a decade ago as financial institutions began suffering under the weight of underperforming mortgages.

Driven heavily by investor advocates, who want more forewarning when signs of trouble are emerging in debt portfolios, the CECL model requires all public companies to take a more forward-looking approach to project losses using both their own historic data and market data. The standard requires companies to go so far as to book losses at the inception of fully performing debt instruments, which has huge implications for the capital reserves financial institutions in particular must hold to comply with banking regulations meant to protect against systemic failures.

Like many of the largest banks, BB&T wants to have its model ready for use by Jan. 1, 2019, so it can perform a full year of parallel reporting under both the old and the new standards. BB&T’s model is fully developed and is being tested, says Bible, and the numbers it is producing are alarming.

“The models are very procyclical,” he says, suggesting the loss reserve will magnify what might be occurring in the economy. Using real data from the 2007 through 2009 era when the financial crisis occurred, the model produces “dramatic increases in our allowances,” says Bible. “It overshoots what you actually need, and it undershoots it early on.”

BB&T is not alone in its findings, says Peter Gwaltney, president and CEO of the North Carolina Bankers Association. “The pushback is not about simply trying to buy time or resist compliance,” he says. “In a recession, when banks should be growing our way and lending our way out of a recession, banks will be motivated to shrink the balance sheet and pull back on lending. Because they’re required to book a loss on the front end of the loan, the motivation is to book fewer loans and not add to the losses they’re booking.”

Bible is one in a growing army of banking officials who are pushing back on CECL, calling for a delay in the effective date so its effects on the economy as a whole can be further studied. The noise over CECL between the banking sector and regulators has existed for months, with banks and organizations representing banks reaching out to regulators and even members of Congress with concerns. The noise level has risen in recent weeks, however, as the calls for delay have become more broad-based and formalized.

The Banking Policy Institute, a newly formed association of nearly 50 of the largest financial institutions, including BB&T, recently appealed to the U.S. Treasury to dispatch its Financial Stability Oversight Council to study CECL and its effect on the economy. The BPI says CECL will undermine financial stability in a future recession because the requirement to book losses even on fully performing loans will act as a disincentive to banks to lend to any but the most qualified borrowers. Even in the best of times, the group says, CECL will adversely affect the availability, structuring, and pricing of debt.

The American Bankers Association recently followed suit, sending a letter signed by more than 50 state banking groups calling for a delay in the effective date of CECL to enable a study of the standard’s effect on the economy as a whole. FASB Chairman Russell Golden has acknowledged the call for a delay and said through a spokesman that the board would respond “in due course.” The Securities and Exchange Commission declined to comment.

Banks were always aware of the weight the CECL standard would add to their regulatory capital requirements, which are computed under complex modeling based at least in part on GAAP accounting measures. The situation became more urgent, however, when banking regulatory agencies indicated in recent months that they did not have any plans to adjust capital requirements based on changes in how they are calculated under accounting rules that require a more conservative approach to estimating losses.

The Federal Reserve Board, the Federal Deposit Insurance Corporation, and the Office of the Comptroller of the Currency issued proposed joint guidance in the spring of 2018 to indicate they would not adjust capital reserve requirements in light of the new accounting approach but would give banks up to three years to adjust their approach to reserves. The regulators held the measure open for comment for 60 days, but have not yet finalized it. The FDIC indicates via its rulemaking agenda it expects to finalize the guidance by the end of this year.

“When the proposal came out about how to treat regulatory capital, it really didn’t have any provisions for what CECL is all about,” says Mike Gullette, senior vice president in tax and accounting at the ABA. Banks have come to regard the regulators’ silence on the issue as an indication that they have no plans to adjust regulatory capital rules, which has raised the level of alarm regarding CECL’s effects.

In addition to concerns about the procyclical effect, banks are also seeing much bigger volatility in reserve requirements, says Bible. Depending on the loan portfolio—commercial versus consumer, for example—the swings can be dramatic. Mortgage reserves are looking “very, very volatile” under the new accounting, he says.

“The mortgage portfolio could have a change in reserves of one to seven times,” says Bible. Swings in the nonprime portfolio are also significant. “The nonprime portfolio would make it really, really onerous to lend to them when economic conditions deteriorate. We are incented not to lend. All of this plays into the procyclicality.”

The accounting change is meant to serve investors to give them advance warning, but it actually harms investors, Bible believes, because it also will produce “false volatility” in earnings. “We have to take an artificial hit to earnings, and that hurts the distribution to shareholders,” he says.

Bible says BB&T will be ready to implement the standard on schedule, regardless of whether its effect is studied or its effective date is delayed. That’s the case with banks in general, says Gullette. “SEC registrants are certainly moving forward,” he says

Members of Congress are also engaged in the call for delay. Rep. Blaine Luetkeyemer (R-Mo.), a member of the House Financial Services Committee, held a roundtable with several key players and is urging the FASB to “reconsider the rule.” Jim Cooper, policy senior vice president for the Conference of State Banking Supervisors, which participated in the roundtable, says he can’t predict whether the standard will be postponed or not, but the call for delay did not seem to be gaining much traction until more recently.

“I honestly don’t have a good feel” for whether the standard will be delayed, he said. “Six months ago I would have said no. Today, I’m not so sure.”